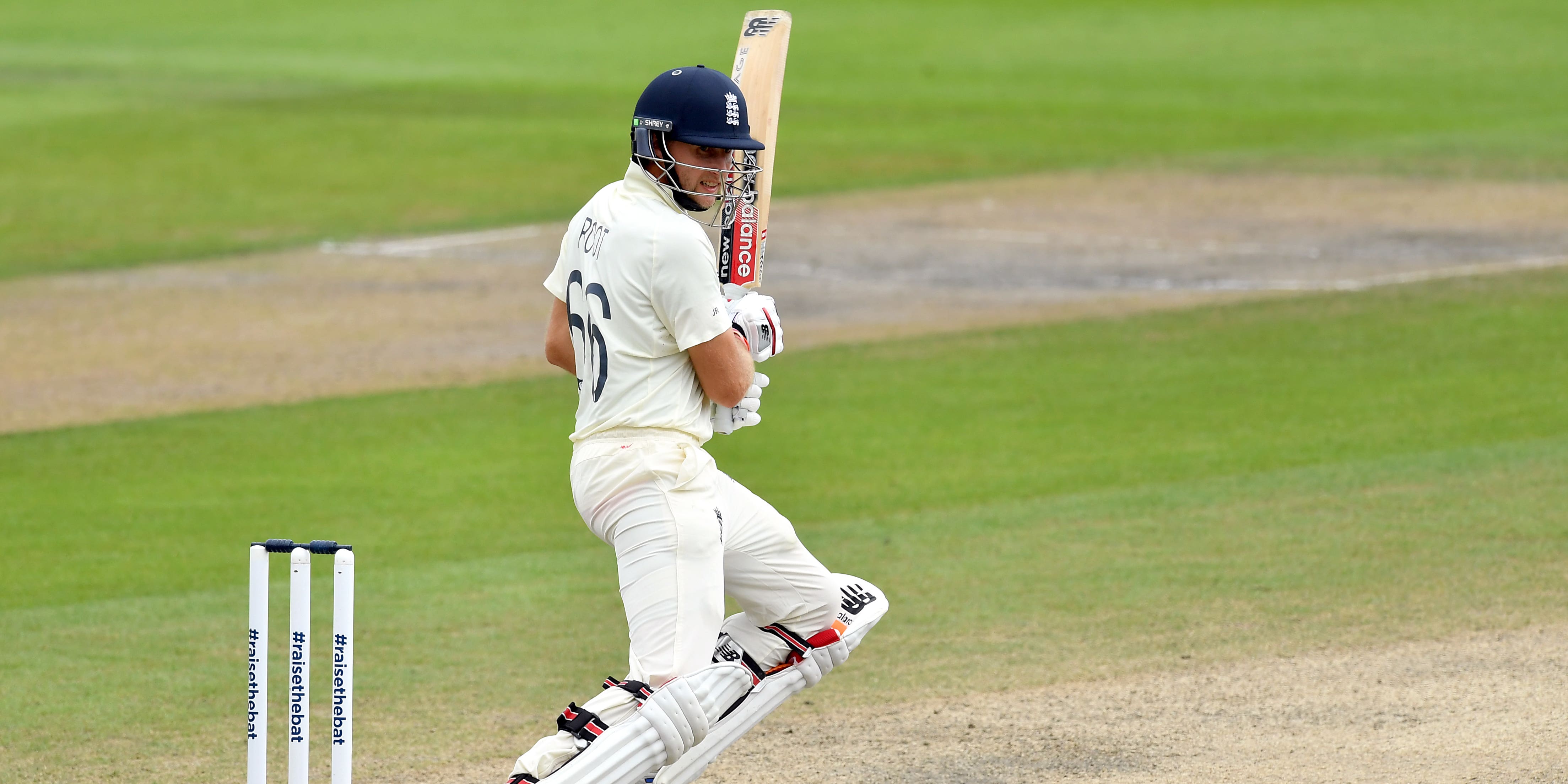 Joe Root completed a masterful double century to keep England in control of the first Test against Sri Lanka, but the hosts responded with some belated batting resolve of their own in Galle.

Captain Root had ended day one on 66, day two on 168 and marched onwards to 228 on the third morning before he was last man down in the tourists’ 421 all out – selflessly sacrificing a big not out.

It was an otherwise flawless effort from the skipper, who pursued and secured his fourth double hundred at this level with utter clarity and mild inevitability over the course of his near eight-hour occupation.

By the time he vacated the crease just before lunch, optimistically trying to clear a raft of boundary riders after an innings built around precise sweeps, the advantage had swelled to a lofty 286.

Sri Lanka’s first innings had been a comedy of errors, culminating in 135 runs and string of sorry dismissals, and any repeat would have brought an early end to proceedings. Instead, the hosts were up for the fight, with Lahiru Thirimanne’s 76 not out leading them to a vastly-improved 156 for two at stumps.

On a turning pitch both Dom Bess and Jack Leach were underwhelming, offering insufficient threat as they managed one wicket between them in 33 overs while failing to stall the run-rate. Leach eventually struck in his 20th over, snaring Kusal Mendis’ outside edge, but more of the same is required on Sunday.

With Moeen Ali out of quarantine 13 days after testing positive for Covid-19, there is a sliver of new pressure on the spinners over the next two days, though it would be a big ask for the all-rounder to be match ready by Friday.

England’s other wicket saw Sam Curran remove Kusal Perera with an unintentional half-tracker, though the left-armer’s luck deserted him when Dom Sibley dropped Thirimanne on 51.

Both teams began well rested after rain wiped out Friday’s evening session but England’s prior momentum remained in place. Root drove the third ball of the day for four to get things up and running before his partner, Jos Buttler, treated himself to a trio of reverse sweeps to the boundary ropes.

Sri Lanka were passive as the batsmen added 52 in a hurry and were going nowhere until the ball lost shape. Its replacement brought immediate success, Buttler undone by a touch of seam as he nicked Asitha Fernando behind for 30.

The under-used seamer then made it two in two, castling Curran with a yorker first up after the all-rounder had spent 104 overs watching from the dressing room.

Root was undeterred, launching his first six over wide long-on and then reaching 200 with the first of two successive sweeps for four. He marked the moment with a wave for England’s solitary fan.

A poor call saw Dom Bess run out for nought, sacrificed to preserve his skipper and Dilruwan Perera made short work of Jack Leach and Mark Wood before Root holed out aiming for the skies.

Charged with the task of righting the previous wrongs, Kusal Perera and Thirimanne made a point of knuckling down at the top of the order. England used five bowlers in the first 13 overs, with Root’s off-spin soon becoming a sixth option.

Perera and Thirimanne scored 16 and 17 from their first 50 balls respectively, before the former cut loose with a swiped six off Leach followed immediately by a swept four. Moving to his half-century took him just 41 additional balls as the expected chances failed to materialise.

The opener’s celebrations turned to a grimace within a few seconds, Wood smashing him on his wrist with a bouncer that left him requiring heavy strapping, but that was as close as England came as they drew a blank in the afternoon session.

There were a few relieved giggles as the fielders converged but Curran would have taken genuine satisfaction had Thirimanne’s thick edge been held by Sibley. Leach finally got one to bite and take Mendis’ edge, the batsman having avoided a fifth straight duck, in a late boost before the gloom descended.