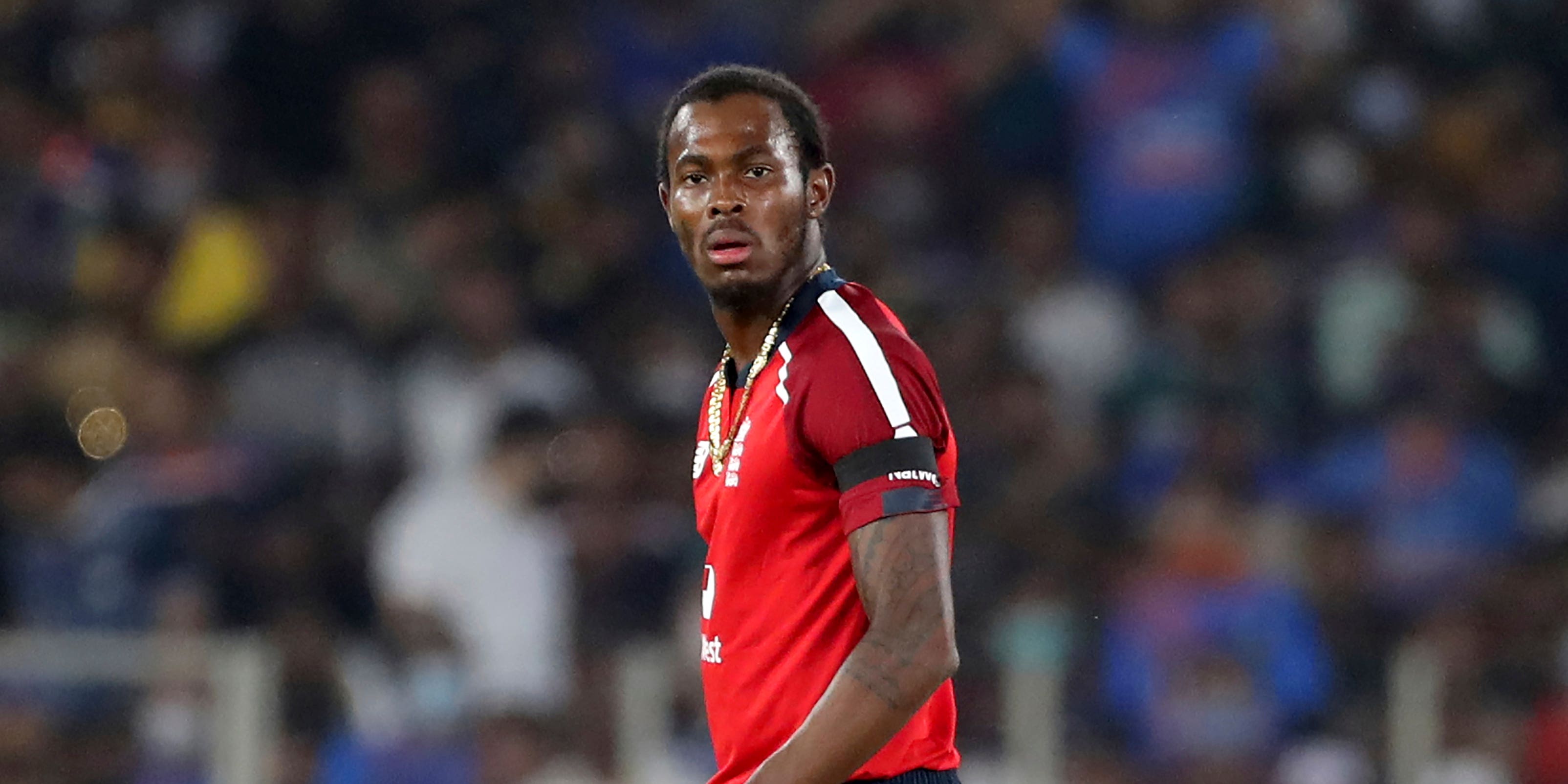 Jofra Archer proved he had enough fitness, form and firepower to help England kick off their Twenty20 series against India with a resounding win, but admitted his troublesome right elbow was still holding him back.

Archer missed two matches in the recent Test series due to recurring pain in the joint but he was more than able to make his presence felt across four high-class overs in Ahmedabad, taking three for 23 as India were kept to a modest 124 for seven.

That was nowhere near enough to hold back the tourists, for whom Jason Roy top-scored with 49 in a regulation eight-wicket victory, and Archer was later named player-of-the-match for his efforts.

“I’m just glad to help in a win to be honest. When the competition’s tough you have to step up,” he said.

“It brings out the best in me. If get one or I get three, the way I bowl doesn’t change, it just depends on how your luck is at the time.”

Building towards the future

England knows that Archer has a good deal more than luck to offer as they build towards their twin goals of the T20 World Cup and the Ashes tour later this year. But it is almost certain that his elbow will require further careful management and he was clear that his strong performance on Friday was not the result of any wondrous overnight recovery.

Asked how it felt after his exertions, he said: “Same as it has been since we got to India. We are all on the same page: I came to them (during the Test series) and said it’s not feeling right at the moment and I didn’t have to say it twice, they automatically jumped on it and we started making plans.

“I need to take care of my elbow before I think about what is going to happen. For me, in the immediate, I want to get through this series and then I will do everything in my power to make sure I’m going to the World Cup and the Ashes.”

It was telling that he appeared ready to concede his once fiercely-guarded pace rivalry with team-mate Mark Wood, though. The latter cleared 93mph and was consistently rapid as he took one for 20 in a stirring middle-overs role.

“I still try to out pace him but I don’t think I am in the best position to do it at the moment,” Archer said with a smile.

“But I still try to cheer him, still to try to wind him up a bit. It was good to see his performance – to see the ball carrying through and see the speed gun.”

England captain Eoin Morgan could have asked Wood to share the new ball with Archer, but instead sprung a surprise by handing the job to leg-spinner Adil Rashid.

The gambit worked well and saw Rashid dismiss India skipper Virat Kohli for nought, his third duck of the tour following two in the Tests.

“I love to see it when a plan comes off. Rash is a world-class bowler and he can bowl anywhere,” said Archer.

“(Kohli) is obviously a dangerous batter and to see the back of him early so many times is a real bonus. I think it probably might have dampened their camp a little bit.”