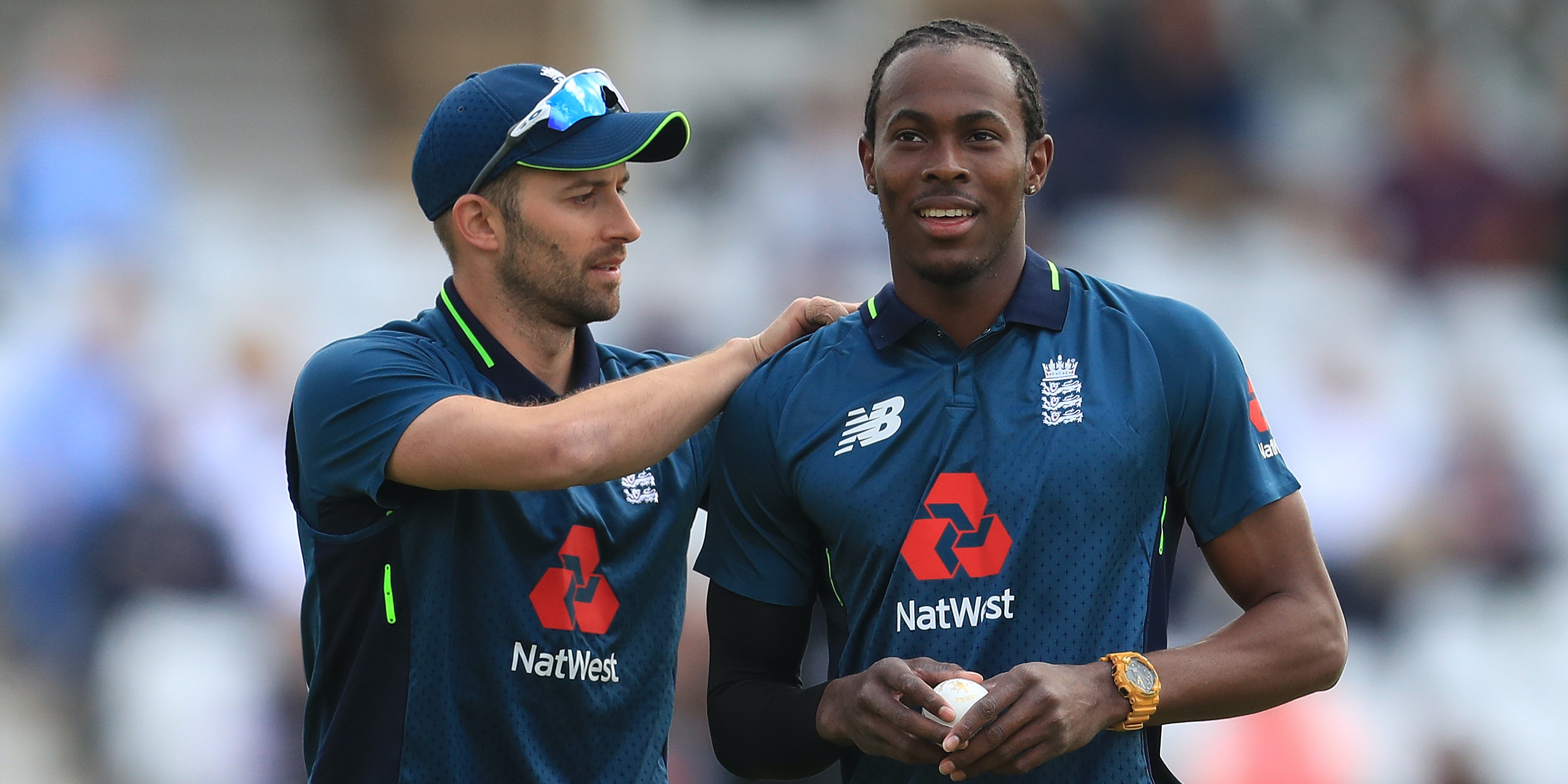 Speedsters Jofra Archer and Mark Wood are facing a likely return to the England side for their limited overs assignments against Australia, with captain Eoin Morgan believing the pair will play important roles in next year’s T20 World Cup in India.

The slow and low surfaces of the sub-continent are ideally suited to spin bowling but Morgan says the express pace of Archer and Wood could be invaluable in taking pitches out of the equation.

“It emphasises more so on the really slow, flat wickets. If you have that extra pace, you can still skid through someone, bowl a wide yorker or hit the stumps and get a wicket,” Morgan said.

“When you’re a little bit slower, that pace isn’t there and it’s difficult to skid through someone unless the ball is reverse swinging.”

Neither quick has been available to Morgan so far this summer but the end of their red-ball commitments brings both into contention, and Wood may be raring to go having featured in just one of the six Tests.

Jos Buttler, too, is pushing for a spot in the T20 squad to face Australia in a series which starts on Friday, while fellow World Cup winners Joe Root and Chris Woakes may be in the frame for the one-day matches that follow.

Their readiness to subject themselves to the ‘bio-secure’ protocols – which have allowed cricket to proceed this summer amid the coronavirus – so soon after leaving the Test bubble has been welcomed by Morgan.

“There’s a chance some of them will back which would be great,” Morgan said.

“The guys do enjoy playing the white-ball set-up so the fact that some of them want to come back and play is great, particularly after being in the bio-secure environment for so long.”

Morgan was speaking after playing a starring role in England’s’s five-wicket victory over Pakistan in the second T20 international at Emirates Old Trafford on Sunday afternoon.

The Irishman, who thumped 66 off 33 balls as England chased down 196 with five balls to spare to go 1-0 up in the series ahead of the final match on Tuesday, suggested he is hitting the ball as well as ever.

The statistics back him up, with Morgan averaging 48.4 with a strike-rate of 174.1 in the 14 T20s he has played for England since the start of last year.

The Irishman put his form down to the security he feels in his role.

Morgan usually bats at four in both ODIs and T20s – and did so on Sunday – but has occasionally dropped one or two places when necessary, a floating role he admitted he did not enjoy before he took the reins.

“Even before the series started, within T20 cricket in the last two years in internationals and some domestic are my best numbers to date, which is great,” Morgan said.

“If I can combine a little bit of that with experience that will go a long way – certainly when I’m moving up and down the order between four and six – to try to win a game.

“Before I became captain, jumping up and down the order I didn’t feel that comfortable with it, but now that it’s my decision I feel more at ease.”

Dawid Malan played an important supporting role in a 112-run stand with Morgan and the Yorkshire batsman’s unbeaten 54 off 36 balls means he now has seven 50-plus scores in his 12 T20 international innings.

Malan and Tom Banton, who struck 71 in Friday’s abandoned game, have seized their chances in this series although England’s enviable top-order options mean both might be surplus to requirements when everyone is available.

Nevertheless, Morgan praised the pair as he said: “It’s great to see those two coming in and scoring runs, Tom more so the other day. The way he played was the way we see him in a Somerset shirt which is awesome.

“Dawid has continued to score runs at a rate. His start to his international career is unlike many others.

“We are just in a period of our game where there are a lot of really good top order batters available to us.”