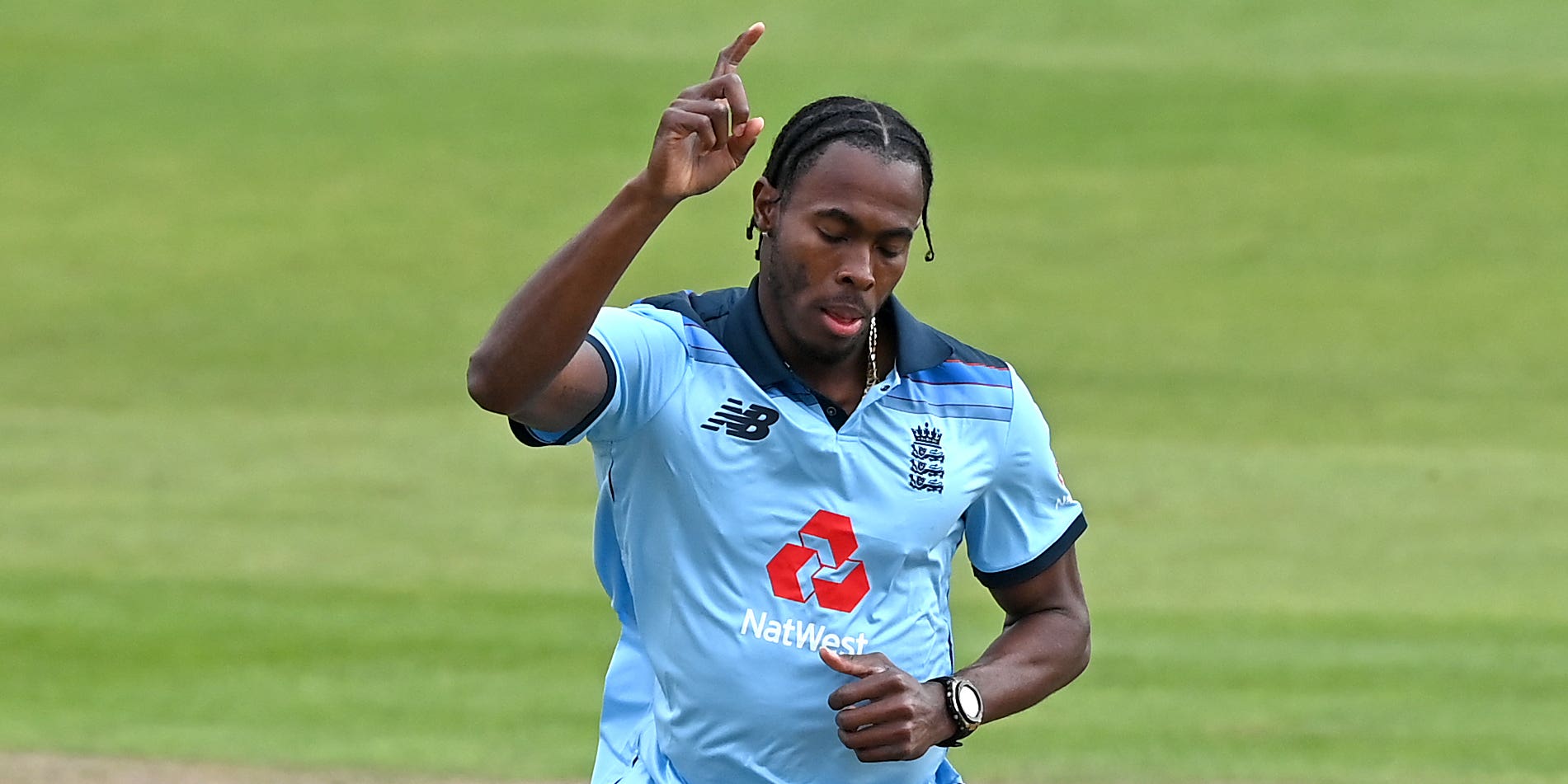 England paceman Jofra Archer has been given the nod to return to light training after surgery to remove a fragment of glass from his finger last month but his level of involvement in this year’s Indian Premier League remains unclear.

The England and Wales Cricket Board has set no timetable on Archer’s playing comeback, only revealing on Tuesday morning that the 26-year-old will work closely this week with his county, Sussex, and the country’s medical teams.

England are hopeful he will be able to up his bowling workload “from next week” as he continues his rehabilitation from a freak injury to the middle finger of his right hand that occurred when he dropped a fish tank in the bath in January.

While the problem was managed during England’s recent India tour and dealt with upon his return home, Archer also had a further injection to a troublesome elbow which deteriorated enough during the two-month trip to force action.

The combination of these issues has already led to Archer’s absence for the early stages of the IPL, where he is the reigning MVP and on an GBP 800,000 contract with Rajasthan Royals, as England look to manage his workload.

An ECB statement said: “England and Sussex bowler Jofra Archer has been given the all-clear by his hand consultant to resume training after his right hand continues to heal following his operation on Monday 29 March.

“He will return to light training this week, working closely with the Sussex and England men’s medical teams.

“It is hoped that he will be able to up his intensity with his bowling from next week.

“A further update on his elbow injury will be provided once he has returned to bowling to assess the effectiveness of his recent injection.

“No decision has been made as yet on when Archer is due to return to playing.”

Kumar Sangakkara, director of cricket with the Royals, recently moved to reassure England they will not take any undue risks with Archer in a T20 World Cup and Ashes year.

The former Sri Lanka captain said: “His value to world cricket and to England cricket is always part of our decision-making process and we are always guided by the experts in English cricket who look after Jofra to guide us on how we could support that journey.

“It’s not something we look at selfishly in terms of playing in the IPL. We understand the value of Jofra and we take a holistic view of how important Jofra is not just to our cause but to England cricket and world cricket as well.

“It’s very important Jofra gets fit, not just for IPL but for his international career, and that he is in a very good space with his body and mentally when he does come here.”