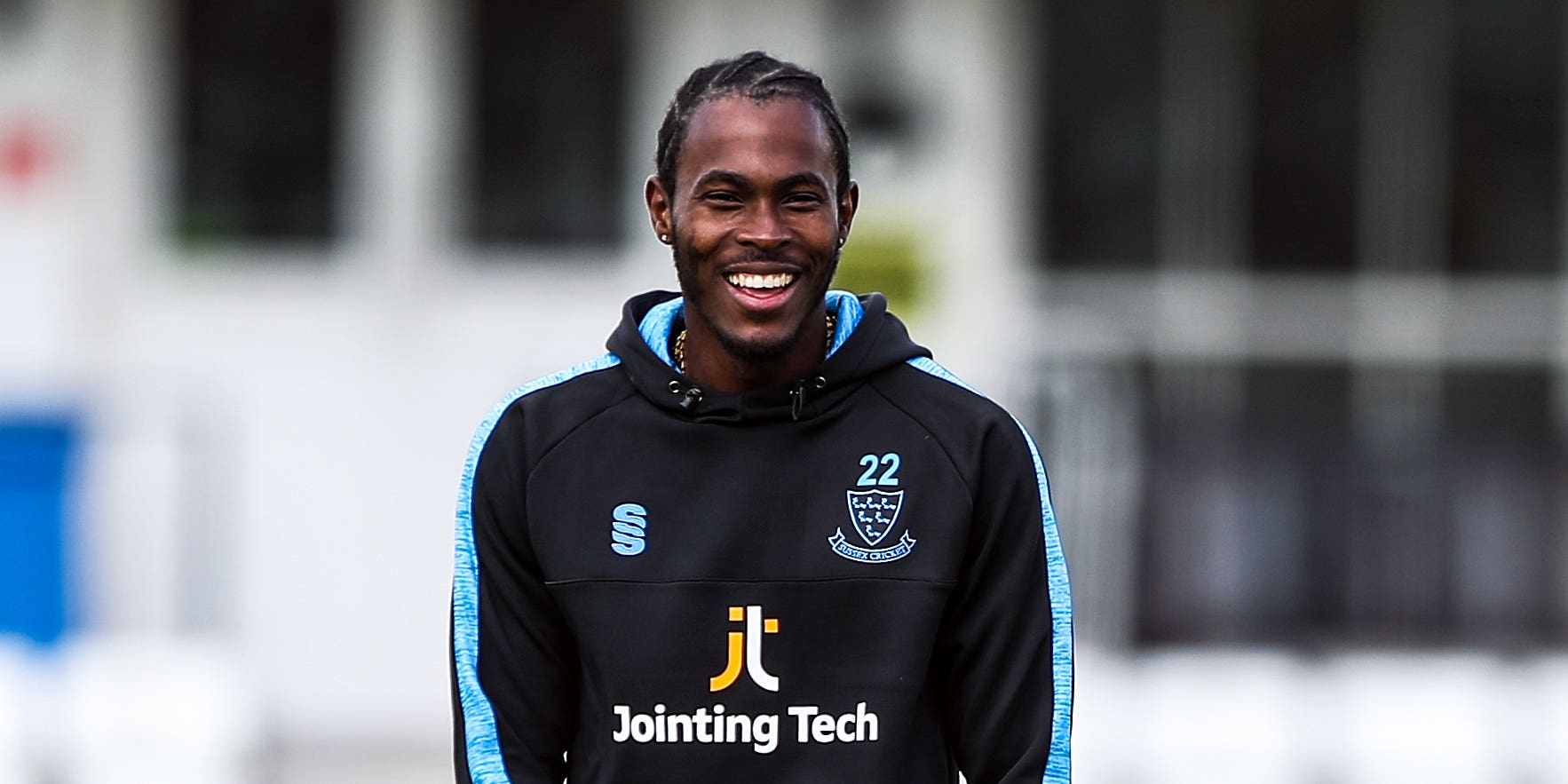 Matthew Mott says Jofra Archer is straining at the leash to make his England return as the fast bowler prepares to end nearly two years of injury-induced frustration.

Archer’s last international appearance came in March 2021, with his hugely-promising career derailed by a niggling elbow problem that required two operations followed by a stress fracture of the lower back.

He made his competitive comeback this month in South Africa’s inaugural T20 franchise league and will step up his workload in England’s otherwise low-key ODI series against the Proteas, starting on Friday.

While Archer is highly unlikely to feature in three games in six days, he is desperate to play for England, according to Mott, who will get a chance to see the 27-year-old up close for the first time.

England’s white-ball head coach said: “Having watched him from a distance, I think he’s one of the most exciting things to have happened in cricket for the last decade. It will be great to have him.

“He’s full throttle, fast and brings such energy. He is one of those guys that if you are there sitting in the pub and he’s bowling, you’re watching. That’s a big thing to have.

“Everyone here will get a lift around bowlers like him, those with extreme pace gives everyone that little bit of extra confidence. He’s spent a lot of time out and I know he’s absolutely frothing to play.”

If he remains fit, Archer is almost certain to be central to England’s Ashes and World Cup hopes this year, as he was in a breakout 2019 in which he starred across red and white-ball formats.

But with his lucrative Indian Premier League deal for Mumbai Indians to be factored in, Mott is well aware England’s hierarchy must be savvy with such a precious – and not easily replaced – commodity.

With England bidding to regain the urn this summer and defending their 50-over World Cup title in the autumn, it might be that Archer is overlooked for any T20 international commitments this year.

Mott said: “The best thing I can say is that we have a general plan of what it might look like. We’re probably not going to make that public at this stage.

“We will work through it with him, see how his body is coping. I definitely think he is a high priority and he will be managed as well as possible. We are really cognisant of how much players are playing.

“It’s not even just the physical load, it’s the mental load that we need to be really careful about. When we see little red flags come up, we act really decisively and try to ease that burden and stress.”

Salt is a doubt for Friday because of a bug, having been in contention to open with the out-of-form Jason Roy, who alongside captain Jos Buttler and Reece Topley complete the England group on Wednesday.

This compact series has been rescheduled following the Covid-enforced cancellation in 2020 and marks the first assignment in a World Cup year for the tourists.

England continue to be without Test skipper Ben Stokes following his ODI retirement last year but Mott remains hopeful the star all-rounder performs a U-turn in time for the World Cup in India.

Mott said: “We’ve had a couple of hook ups here and there and I jokingly said how are you going, are you ready to make your decision? At the moment he’s non-committal.

“The door is always open for a player of that quality but we are also very aware that his main focus is is red-ball cricket as the captain.

“We need to keep a really flexible, open mind to players and when we sit down to pick that 15 for the World Cup, we want to pick the best players possible.”