Jofra Archer ruled out of second Test with elbow injury 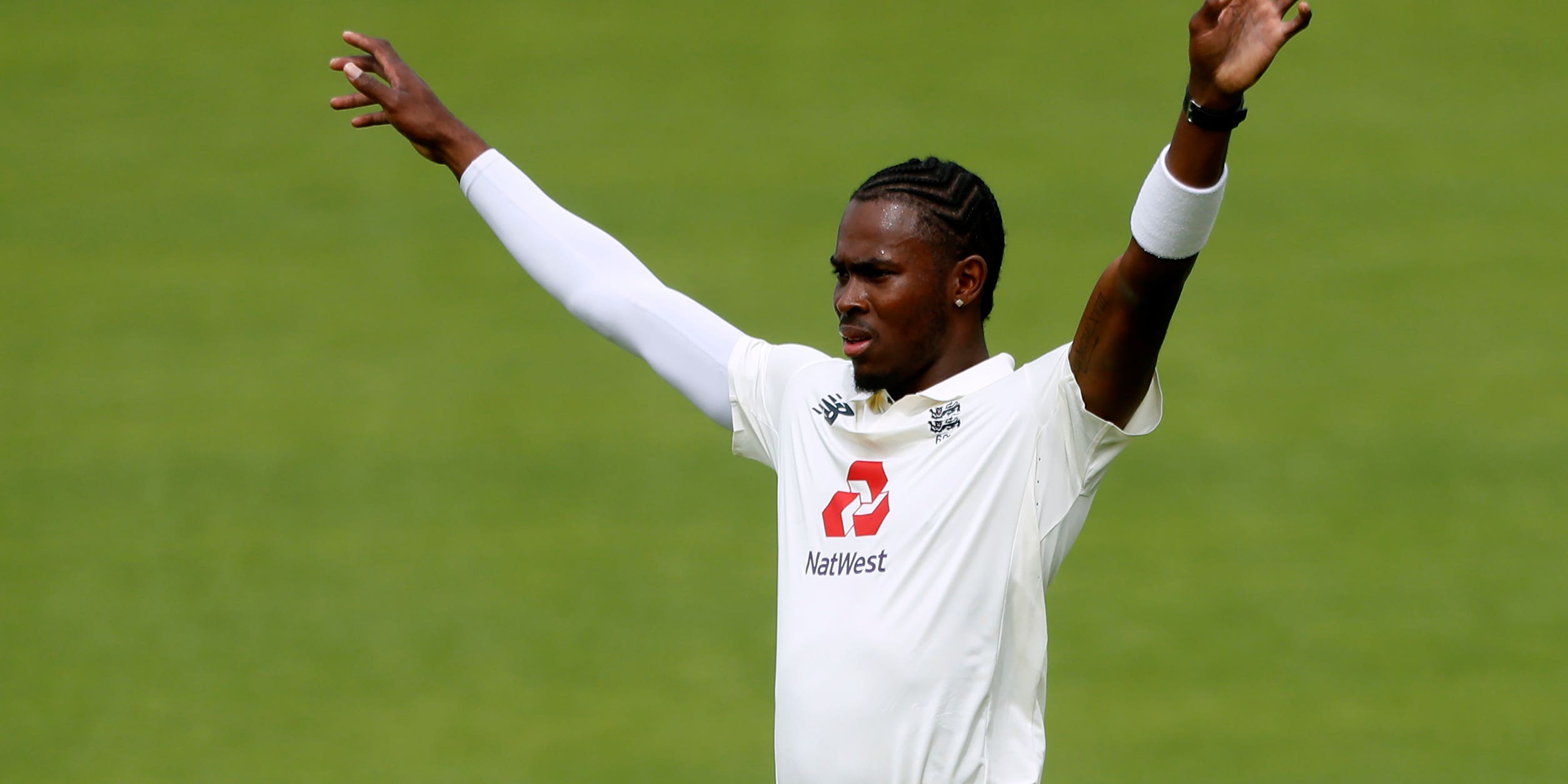 Jofra Archer will miss England’s second Test against India after picking up an elbow injury.

Archer played his part in the tourists’ famous victory in the series opener in Chennai but has been ruled out of the follow-up at the same ground.

The 25-year-old fast bowler reported pain in his right arm during the match and, although that did not stop him sending down a fiery spell as the team pressed for the win on day five, he has since been given an injection and advised to rest.

Archer, who did not take part in training on Thursday, previously had elbow problems during last winter’s tour of South Africa though medical staff believe the issues are unrelated and expect him to be fit for the third Test in Ahmedabad.

In the short-term, England must choose who replaces Archer in the team. Recalling Stuart Broad and his 517 Test wickets is the most obvious move.

Broad had seemed likely to come in for record wicket-taker James Anderson regardless but captain Joe Root and head coach Chris Silverwood could now opt to pair the experienced duo rather than rotate them.

After Anderson’s exceptional display of reverse swing in the closing stages of the previous match that would surely be a tempting option, though Chris Woakes and Olly Stone are also waiting in the wings.

Stone is the closest to a like-for-like option, given his ability to top 90mph and if England decide they want one bowler capable of express speed on the pitch he would get the nod.

Mark Wood is perhaps the consistently fastest England bowler but he is currently in transit from England having been granted a rest period covering the first two games of the series.

A statement from the England and Wales Cricket Board read: “Jofra Archer will miss the second Test against India in Chennai starting on Saturday after having an injection in his right elbow.

“The injection follows discomfort the fast bowler experienced during the 227-run win in the first Test at the same venue.

“The issue is not related to any previous injury and it is hoped the treatment will allow the condition to settle down quickly, allowing the player to return to action in time for the third Test in Ahmedabad.”

The setback is the second to hit the England camp since they arrived in India, after Zak Crawley slipped on a marble floor and damaged his wrist ahead of the first Test. He is once again set to miss out but has made an initial return to the nets.