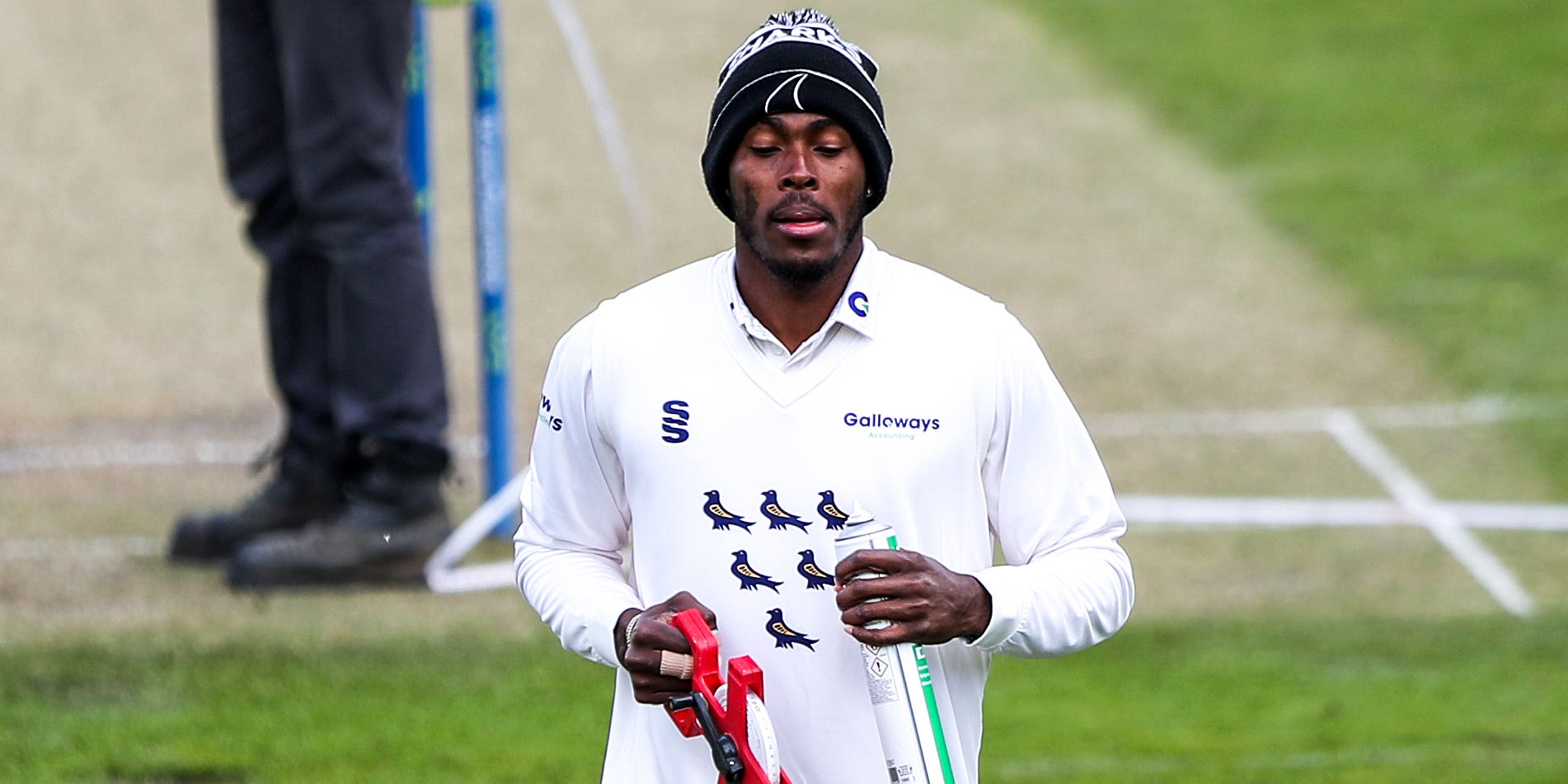 Jofra Archer showed glimpses of his best as the England paceman bowled competitively on Wednesday for the first time since a fragment of glass was surgically removed from the middle finger of his right hand.

Archer, who went under the knife at the end of March and has also had another injection to a long-standing elbow problem, continued his return to action in a Second XI County Championship match between Sussex and Surrey at Hove.

The 26-year-old had been restricted to a brief role with the bat on Tuesday, making 35 of Sussex’s 487, but was unleashed with the ball before lunch on a cold and blustery second day, where Archer wore a bobble hat in-between bowling stints.

The fast bowler sent down 11 overs in total, with three maidens, and while he finished with nought for 32, there were no obvious signs of discomfort in the issues in his bowling arm that led to his withdrawal from this year’s Indian Premier League.

But Archer, whose elbow problems precluded his involvement in England’s one-day international series defeat in India in March, saw a catch go down in his eighth over, with Ryan Patel (94 not out) dropped at third slip on 42.

Archer was handed the new ball when it was Surrey’s time to bat, smoothly going through the gears and gaining some swing in an opening burst of 4-1-9-0, troubling Ben Geddes twice in the last over before lunch.

His first ball exploded off a length to beat Geddes’ outside edge and almost cleared the wicketkeeper while the opening batsman then spooned the last delivery of the session over the slip cordon.

Left-arm seamer Will Sheffield had better luck after the interval as he snared both Geddes and then Will Jacks, with Archer relatively innocuous in his two-over spell before rain led to a delay of more than an hour.

Archer was into his work immediately after the unexpected break, beating Laurie Evans on the outside edge before inducing a tentative prod from Patel, only to see the chance go begging as a diving slip catcher failed to hang on.

Archer bowled just three more overs after that before Surrey, led by Patel – who shared a century stand with Evans (46) – closed on 215 for three, still trailing their opponents by 272 runs.

Should things remain on track, Archer will target Sussex’s LV= Insurance County Championship match against Kent on May 13 as the next step in his rehabilitation, ahead of England’s two-Test series against New Zealand, which starts on June 2 at Lord’s.