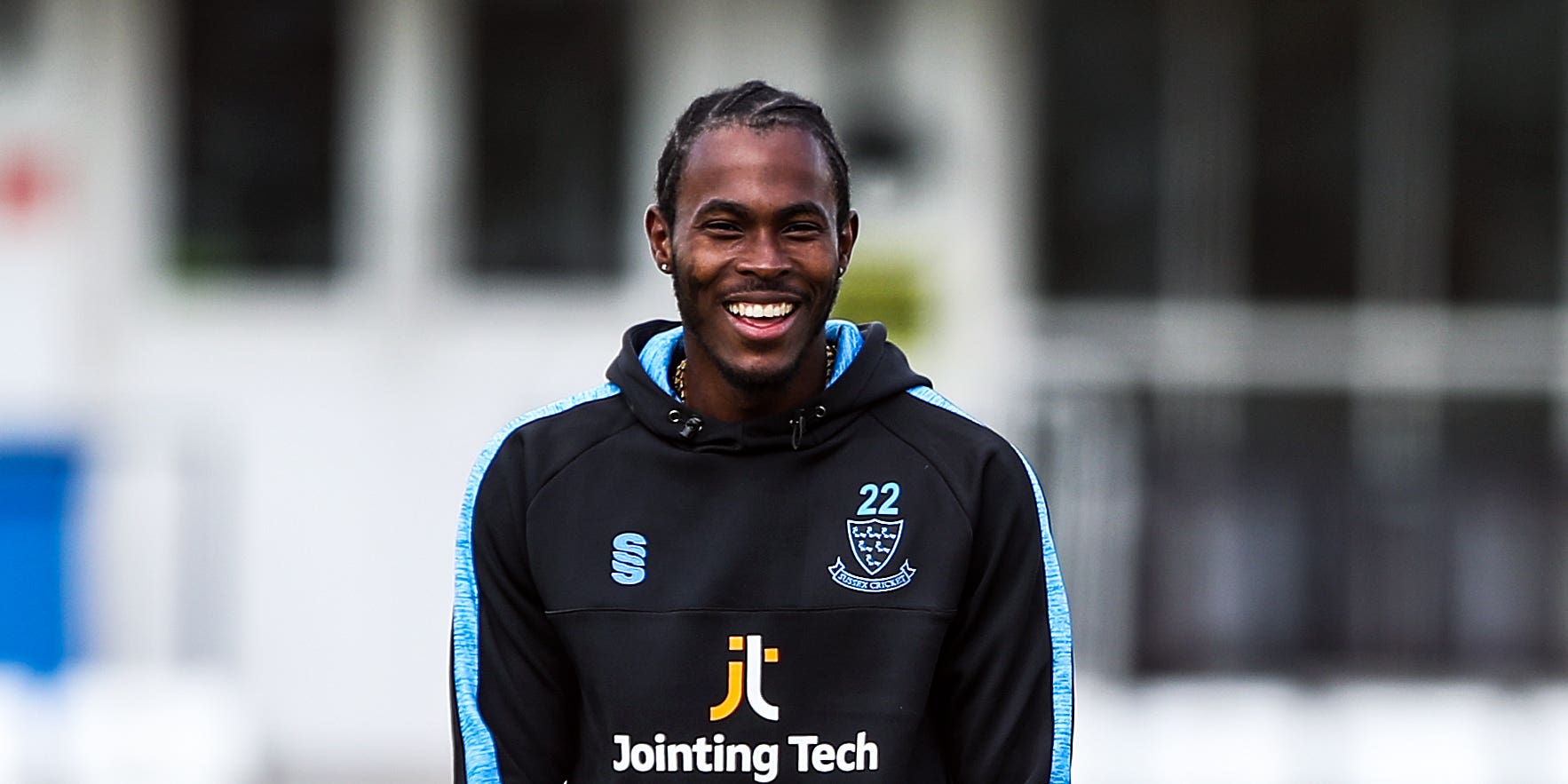 Jofra Archer took two wickets on his return to action to help give Sussex an early advantage in their LV= Insurance County Championship game against Kent.

The 26-year-old, who has been recovering from finger surgery and a longer standing elbow complaint since March, removed Kent captain Daniel Bell-Drummond and Zak Crawley in his four-over new-ball spell and finished with two for 29 from 13 with four maidens as Kent were bowled out for 145.

In reply, Sussex finished the day on 51 for two, with Jack Leaning the only player to score significant runs for Kent, making 63.

“My fitness is fine,” said Archer. “I thought I bowled okay. I played in the second team last week and it’s good to get some confidence and I felt fine.

“I bowled in short spells for protection in case we had a long day but it was overcast, which helped a bit. There was a bit of management, but it all worked out.”

Worcestershire’s Josh Tongue claimed a five-wicket haul to bowl Durham out for 246 on the opening day of the game at the Emirates Riverside.

Tongue finished with figures of five for 39, while Alex Lees continued his form with the bat but fell just short of a century with an innings of 99. In reply, Worcestershire finished the day on six without loss.

Kyle Abbott took three wickets to give Hampshire the upper hand as they reduced Middlesex to 90 for four in their match at Lord’s.

Openers Sam Robson and Jack Davies had given the hosts a platform with a partnership of 33 before they slumped to 56 for four.

Nick Gubbins and John Simpson then steered them to stumps.

The opening day of the match between Somerset and Surrey at Taunton was washed out without a ball being bowled.

The situation was the same in the game between Glamorgan and Yorkshire at Sophia Gardens, while no play was possible either on day one of Essex against Derbyshire after the visitors had won the toss and elected to bowl in Chelmsford.