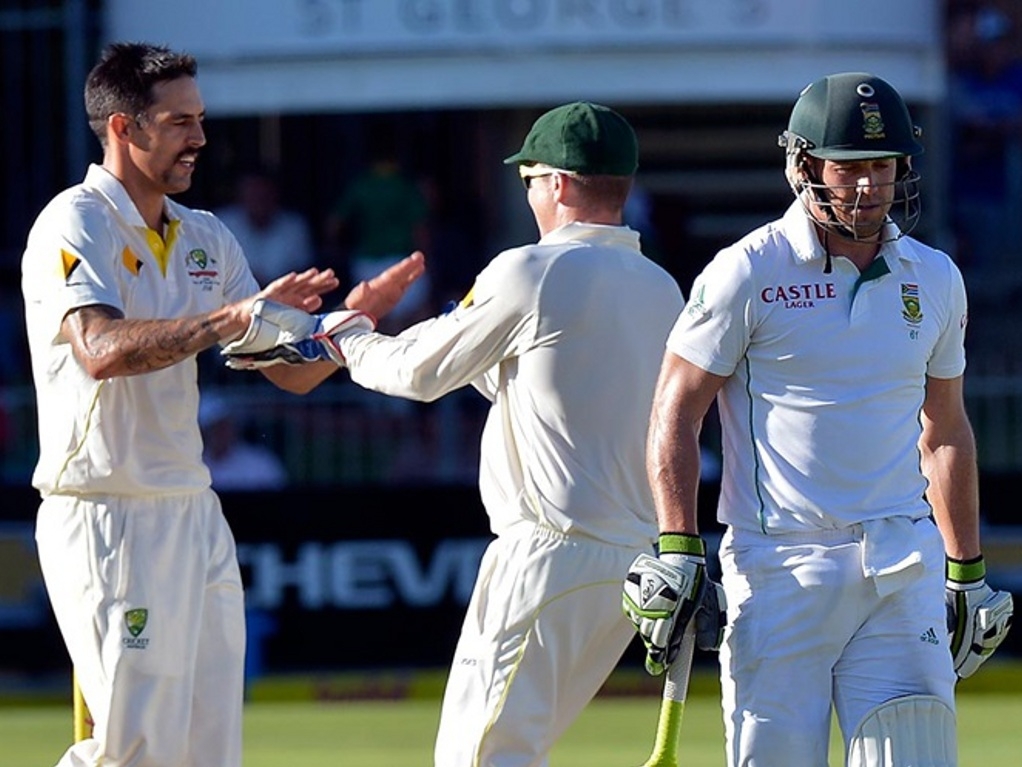 Former Australia fast bowler Mitchell Johnson says that South Africa batsman AB de Villiers has been the toughest player to get rid of during his Test career.

Johnson, who retired after the second Test against New Zealand in Perth recently, was asked who his toughest opponent was, and he said the Proteas man, the top-ranked Test batsman, was his pick.

Johnson told Inside Cricket: "AB de Villiers, he's one outstanding player of our generation. He was always so difficult to get out and a huge challenge.

"I remember the game at Centurion (in 2014) and I'd got a few quick wickets in that game and he came out to bat and looked so calm and composed and just played his natural game.

"It really is difficult when someone does come out like that and you're on top of your game.

"But it really is a great challenge and he's been one of the best players I've played against."

Johnson has also revealed that he considered giving up bowling bouncers after friend and team-mate Phillip Hughes died a year ago. Hughes had been struck on the neck by a Sean Abbott short ball, and died of a brain hemorrhage.

Johnson told the ABC's 7.30 of Hughes's passing: "It still hurts to this day.

"It definitely affected players around the world and I think it changed the game a little bit for a while there.

"I had that Ashes series where I was really aggressive and bowling a lot of short balls and I did hit players.

"And it made me think, was I doing the right thing? You know, was I playing in the spirit of the game?"

But the paceman said that heavy reflection and discussions allowed him to get past that mental block, and he resolved that short-pitched bowling was still an important part of his armoury.

He added: "I've always gone out there and bowled fast, bowled my short balls, been aggressive. I just felt I couldn't go the other way."