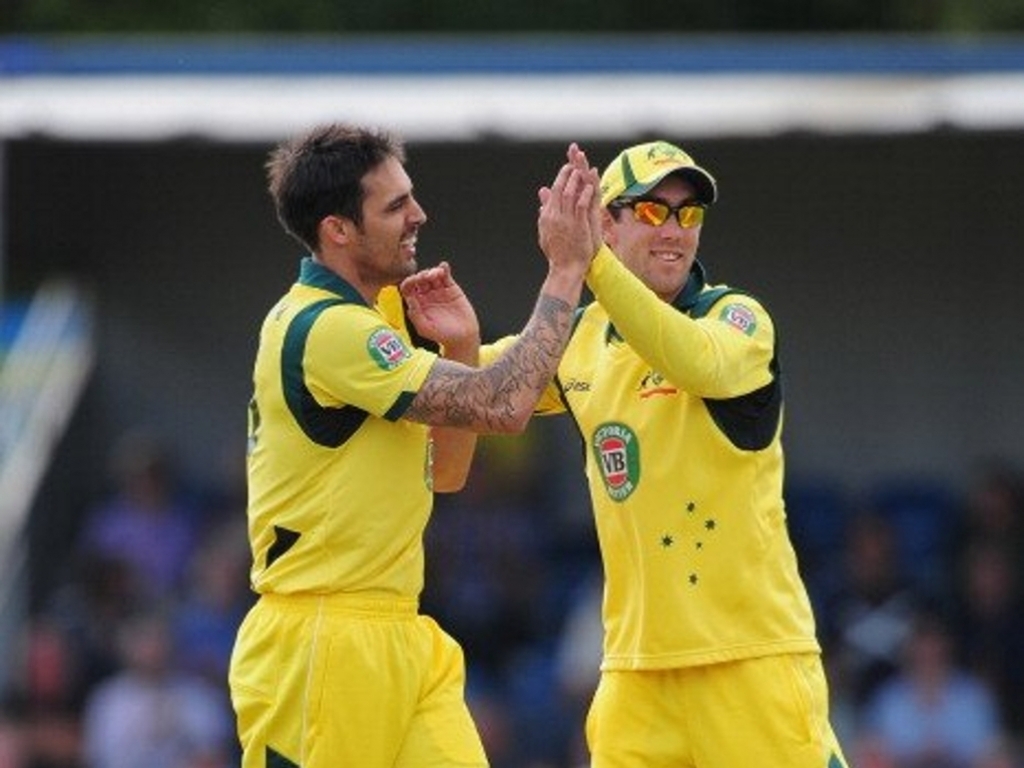 Former Australia fast bowler Mitchell Johnson has expressed shock over the decision of the Aussie team to impose a fine on Glenn Maxwell for comments he made about Matthew Wade.

Maxwell felt he should be batting above the wicketkeeper, who is also his Australia ODI teammate, in the Sheffield Shield for Victoria and when he voiced this opinion he caused a stir in the team and was slapped with a fine for what was seen as disrespectful behavior.

Johnson has supported the under-fire allrounder though tweeting: “A fine, really!!

“Should be batting in front of a wicketkeeper considering he is a batsman.

“He was only being honest right??”

@wwos A fine, really!! Should be batting in front of a wicketkeeper considering he is a batsman. He was only being honest right??

The saga began long before the comments by Maxwell when the allrounder tried to move away from Victoria outside of the window for player movements.

Maxwell had sounded out the move with Australia and New South Wales skipper Steve Smith in an attempt to secure a move to Sydney, since then Maxwell has come under fire.

This week Maxwell said about Wade and Victoria: “I think probably batting below the wicketkeeper is also a bit painful … the wicketkeeper should be batting at seven unless you’re trying to squeeze an extra bowler into your line-up.”

Head coach Darren Lehmann called on the allrounder to do his talking with his bat and laughed off any suggestion of a Test call up for Maxwell on current form.

Lehmann told a press conference: “(Maxwell) hasn’t made a hundred for two years.

“Are you going to pick a bloke who hasn’t made a hundred in two years?”

Maxwell could feature in the ODI series against New Zealand and will surely have to put in a stellar performance to avoid further cricticism.