Johnson bags Test and Cricketer of the year gongs 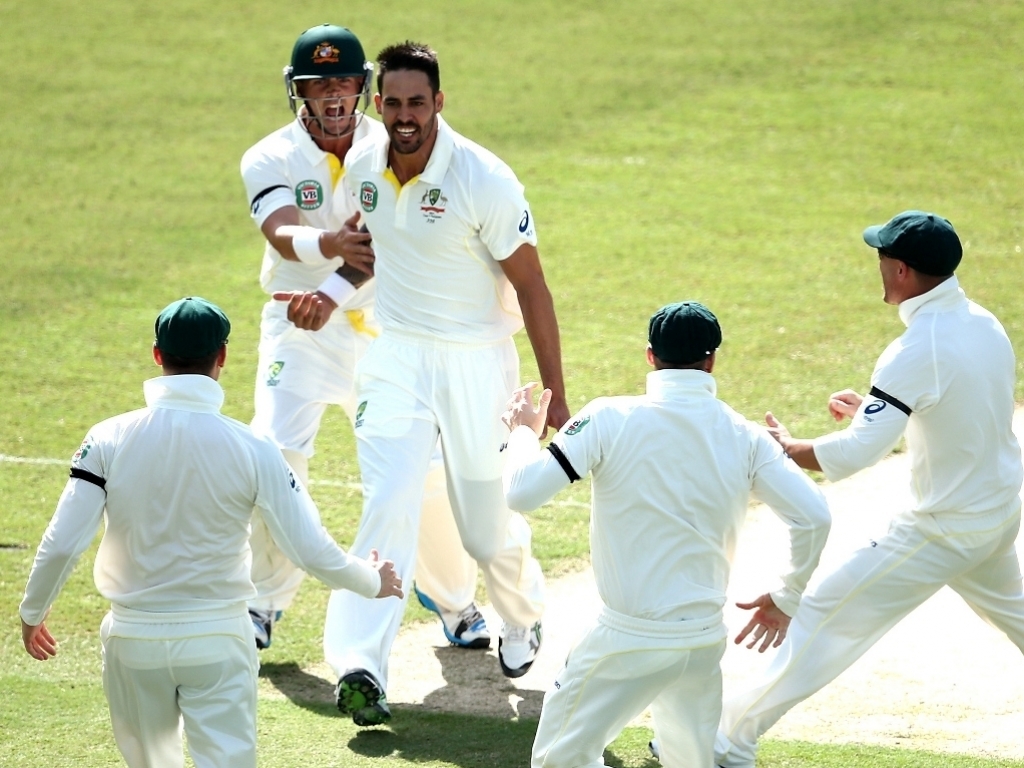 Australia fast bowler Mitchell Johnson has taken the top two gongs at the ICC Awards this year, named the Test player of the Year and the Cricketer of the Year.

The paceman's astonishing efforts this year, especially in the Ashes where he took 37 wickets in five Tests, propelled him to the top of the pile, beating out the likes of Kumar Sangakkara, Angelo Mathews and AB de Villiers.

Johnson became only the second player to be named the Cricket of the Year twice, following fellow Australian Ricky Ponting. Johnson also won the award in 2009.

During the voting period between 26 August 2013 and 17 September 2014, Johnson claimed 59 Test wickets at an average of 15.23, with best bowling figures of seven for 40 runs against England in Adelaide last December. In ODIs, Johnson claimed 21 wickets in 16 games.

Johnson said of the honours: "Some of the greats of the game have been nominated and won this award and it's a very special honour.

"Aggressive fast bowlers are something you'd have seen back in the day with the likes of (Dennis) Lillee and (Jeff) Thomson. For me, it's nice to be able to contribute to the team and do the job that I've always thought I've been able to do.

"I suppose it comes down to the attitude I've got, the belief and the confidence. I'm very happy with where I am at the moment and I want to keep getting better as a cricketer.

"This is something that I'll be able to look back on in time when my career is over and be exceptionally proud of. I want to thank everyone for their support, especially my team-mates, support staff and my family for everything they've done for me. I wouldn't be sitting here today without them."

De Villiers wasn't left empty handed though, as he won the ODI player of the year gong, while Australia's run continued as Aaron Finch claimed the T20 performance of the year trophy.