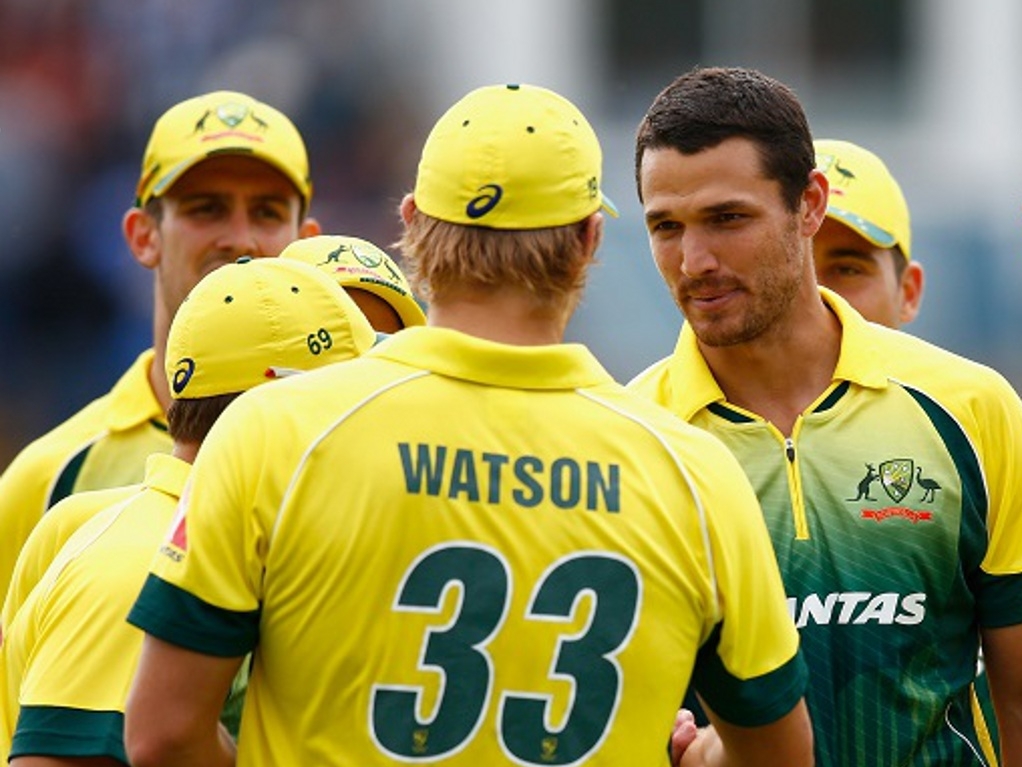 Former Australia fast bowler Mitchell Johnson is sure than Nathan Coulter-Nile will be able to cope with leading the pace attack at the World Twenty20, and will not let outside expectations derail him.

With Mitchell Starc injured, and Josh Hazlewood seen as the Test attack leader lately, Coulter-Nile has been touted as the spearhead in T20s, but Johnson feels the young bowler will ignore the media tag.

Johnson said on FoxSports: "There’s been some talk that Nathan Coulter-Nile is now the leader of this pace attack but I don't think he'll look at it that way, he'll just be focusing on playing the cricket that works best for him.

"I think the conditions will actually be suited to his style of bowling. He’s a good ‘finisher’, he can start well with the new ball and he can swing it throughout the innings.

"Now, rather than worrying about being the leader of the attack, he just needs to go out there and bowl fast and aggressive – then he'll be able to lead by example."

Johnson went on to advise the fast bowler about playing on decks made for spin, saying they would need to get their yorkers and bouncers spot on or risk being carted around the parks.

He added: "It’s no surprise that most pitches at the tournament are going to favour the spinners, but I still think our pace bowlers have a crucial role to play in India.

"You've really got to nail your yorkers, having a good change of pace is important over there, and I also think the short ball shouldn't be forgotten.

"It’s still a useful weapon in Twenty20 cricket, because you don't want the batsman knowing that every ball is going to be full."