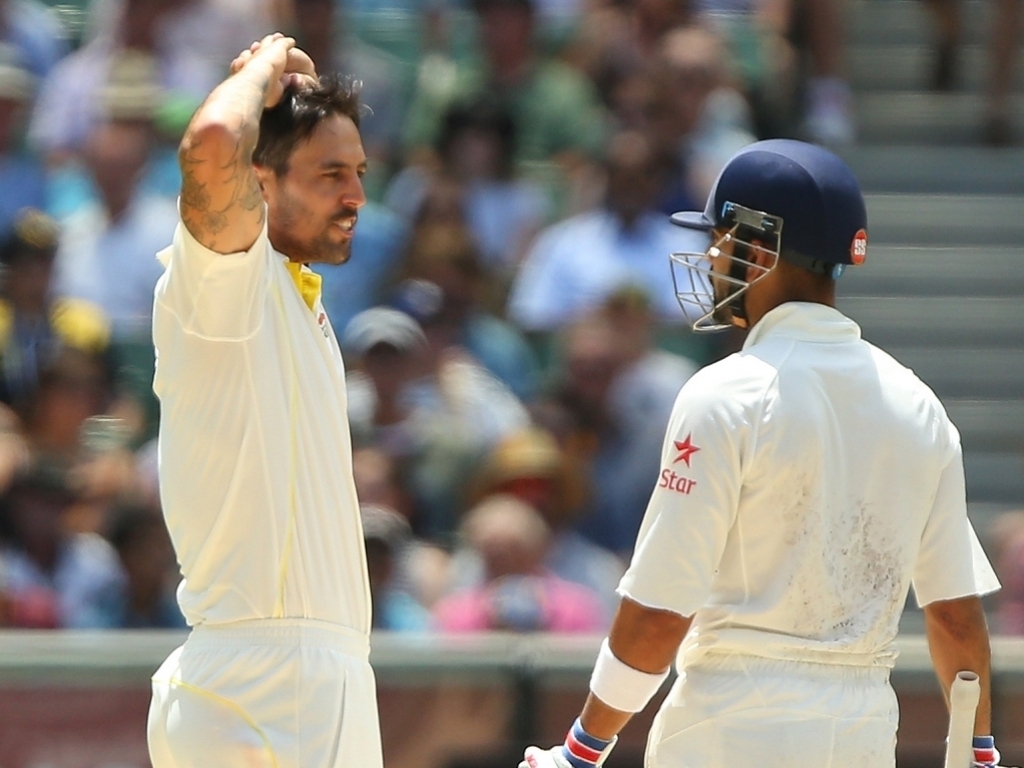 Australia fast bowler Mitchell Johnson is looking forward to seeing how Virat Kohli will lead India in the fourth Test in Sydney, and expects a more aggressive approach than the one employed by MS Dhoni.

Kohli will lead the side after Dhoni announced his Test retirement after the third Test, and given his aggressive personality and constant banter with the Aussies, Johnson reckons it will be a more fiery side.

Johnson said of the change in leadership: "It could be quite interesting because they're not known for that aggressive type of play.

"But ever since I've seen him play cricket, I've always seen him pretty fiery.

"So he'll definitely be an aggressive type of captain I think in the way he sets fields, and I think you'll see a lot different to what MS did.

"He's an interesting character. He is a fierce competitor and he really does like to get involved in it all.

"It doesn't matter who he plays against, he plays in your face and that is how he likes to play the game."

When asked about the content of the chatter, Johnson said the media had made a bigger deal out of it, and that it wasn't anything exciting or harmful.

He said: "It's just harmless stuff, that's out there. There's a lot of talk out in the media at the moment as bad sledging and pretty full on stuff but it's all pretty harmless.

"Virat's just been telling us how many runs he's scored and we've just been saying we're two nil up in the series so that's pretty much it.

"It's always been part of the game and always will be."