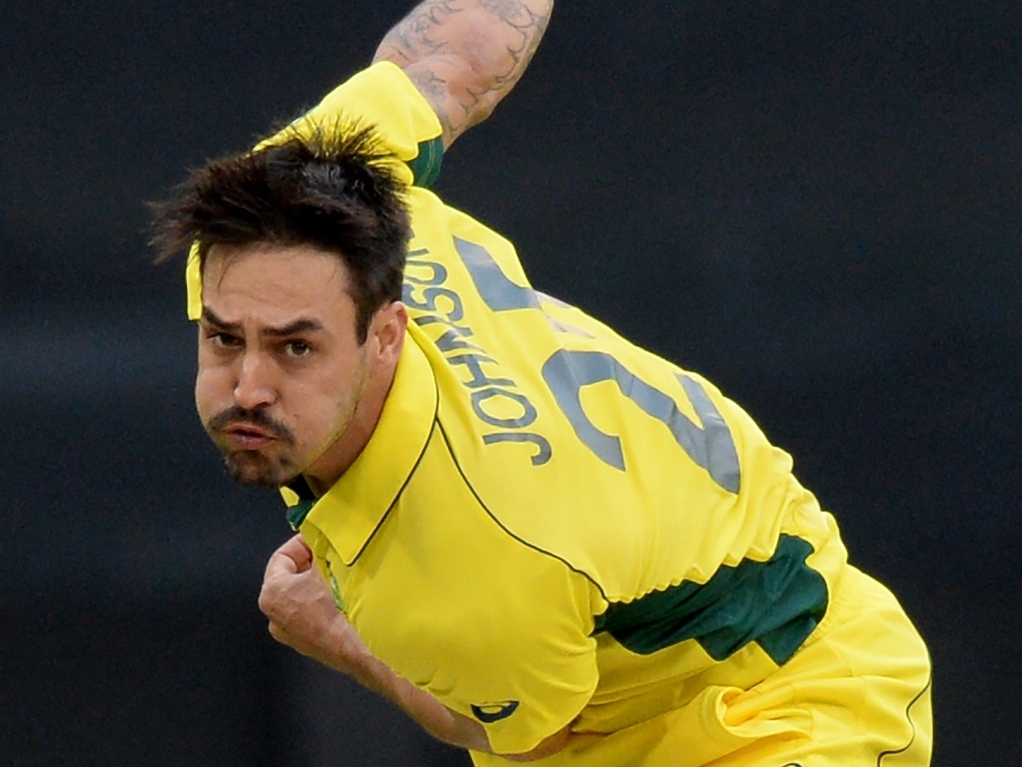 Australia fast bowler Mitchell Johnson is ready to take up the verbal battle with India when the two sides clash in the World Cup semi-final in Sydney on Thursday.

Aussies opening batsman David Warner is the designated 'chirper' in the team, but he is on a final warning after getting into trouble with the ICC before the tournament.

Warner is on that final warning for sledging India's Rohit Sharma in an ODI tri-series event just before the global event got underway, and another misdemeanor could see him miss the World Cup final, if Australia win.

Left-arm quick bowler, Johnson has put his hand up to be the aggressor in the Aussie starting line-up, and is no slouch when it comes to giving out sledges on the field, and he enjoyed the confrontation between Pakistan bowler Wahab Riaz and Shane Watson in the quarter-final.

Johnson told Fox TV: "I heard Davy said he wasn't going to get involved in all that stuff. Someone's got to do it and I might put my hand up.

"It's part of the game and what happened the other day with Shane (Watson) and Wahab (Riaz) was exceptional."

Australia and India will do battle for the right to play New Zealand in Sunday's final at the MCG.