Home News Johnson may be rested after second ODI

Johnson may be rested after second ODI 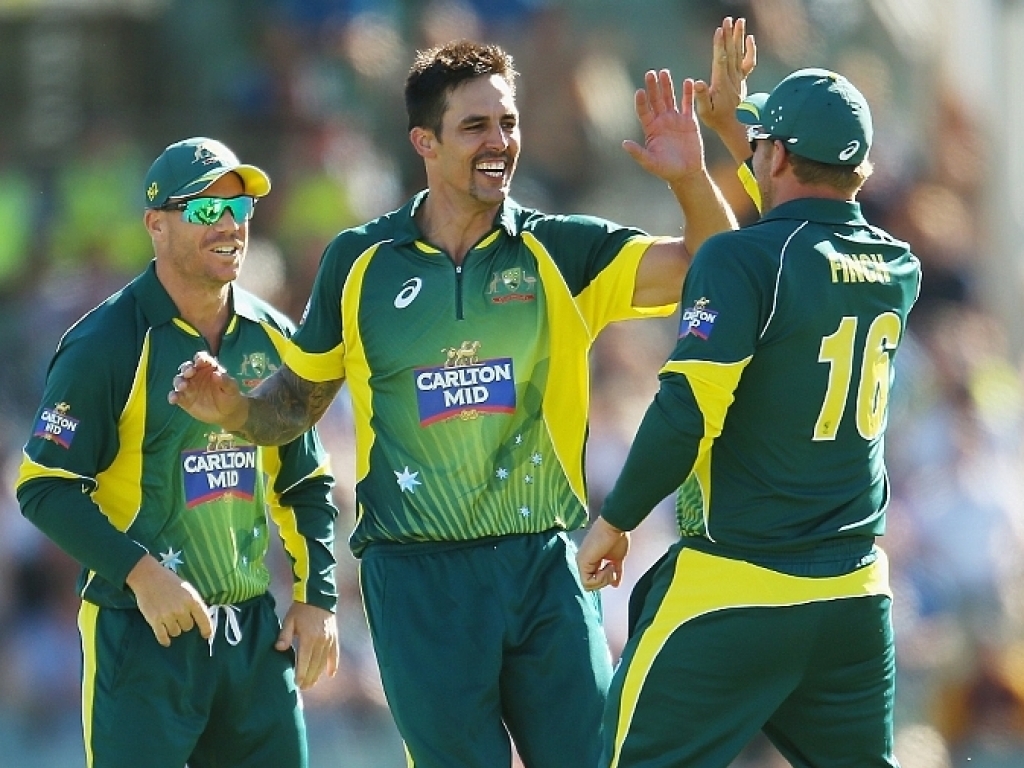 Newly crowned Cricketer of the Year Mitchell Johnson may only play one more match in the One Day International (ODI) series against South Africa in an attempt to maintain freshness ahead of the upcoming Test series against India and next year's World Cup.

Johnson was named Test and ICC Cricketer of the year during the Aussies' 32-run victory over South Africa in Perth in the first match of their ODI series on Friday.

"It's looking that way at the moment," Johnson said when asked by local radio station Triple M if he intends to stay in Perth following Sunday's second ODI against the Proteas at the WACA.

"The thing that I guess I've learned over time, I'm 33 now and played a lot of one-day games for my country, which has been a great honour, and test matches as well.

"With what we've got coming up… it's a lot of cricket.

"So for me to be at my best and bowling fast, I need to be as fresh as possible.

"It's hard, I want to play every game I can for my country, but at the same time I want to be playing at my best so whatever the selectors and CA (Cricket Australia) want me to do, I'll go by them."

Should Johnson be rested for the last three matches of the Proteas series, the Aussies are likely to look at 23-year-old Kane Richardson as a possible replacement, after the South Australian participated in each of the three matches during the recent series against Pakistan.

In the first match against South Africa, though, Richardson was overlooked in favour of Josh Hazlewood and Nathan Coulter-Nile.
One player who is likely to be particularly pleased with Johnson's absence is Proteas all-rounder Ryan McLaren, who has felt the brunt of his aggression several times in the recent past.

McLaren was struck on the helmet by a Johnson bouncer during the Test series between the two great rivals in March this year – which left him bleeding from the ear – and suffered a broken arm during a one-day match in Zimbabwe in September.

McLaren also struggled against the short ball on Friday and was dismissed without scoring by Coulter-Nile when he gloved one to the wicket-keeper.

With that in mind, Johnson added that McLaren would continue to be targeted by the short ball, irrespective of who bowls at him.

"Obviously with him at the moment he's struggled with the shorter ball and that's something that we'll keep doing," Johnson said.

"You've got to play to those guys' weaknesses and they're a good side, so whatever opportunities we get we've got to go with it.

"You do notice a bit of a change in the guys' faces when the ball is whistling through."