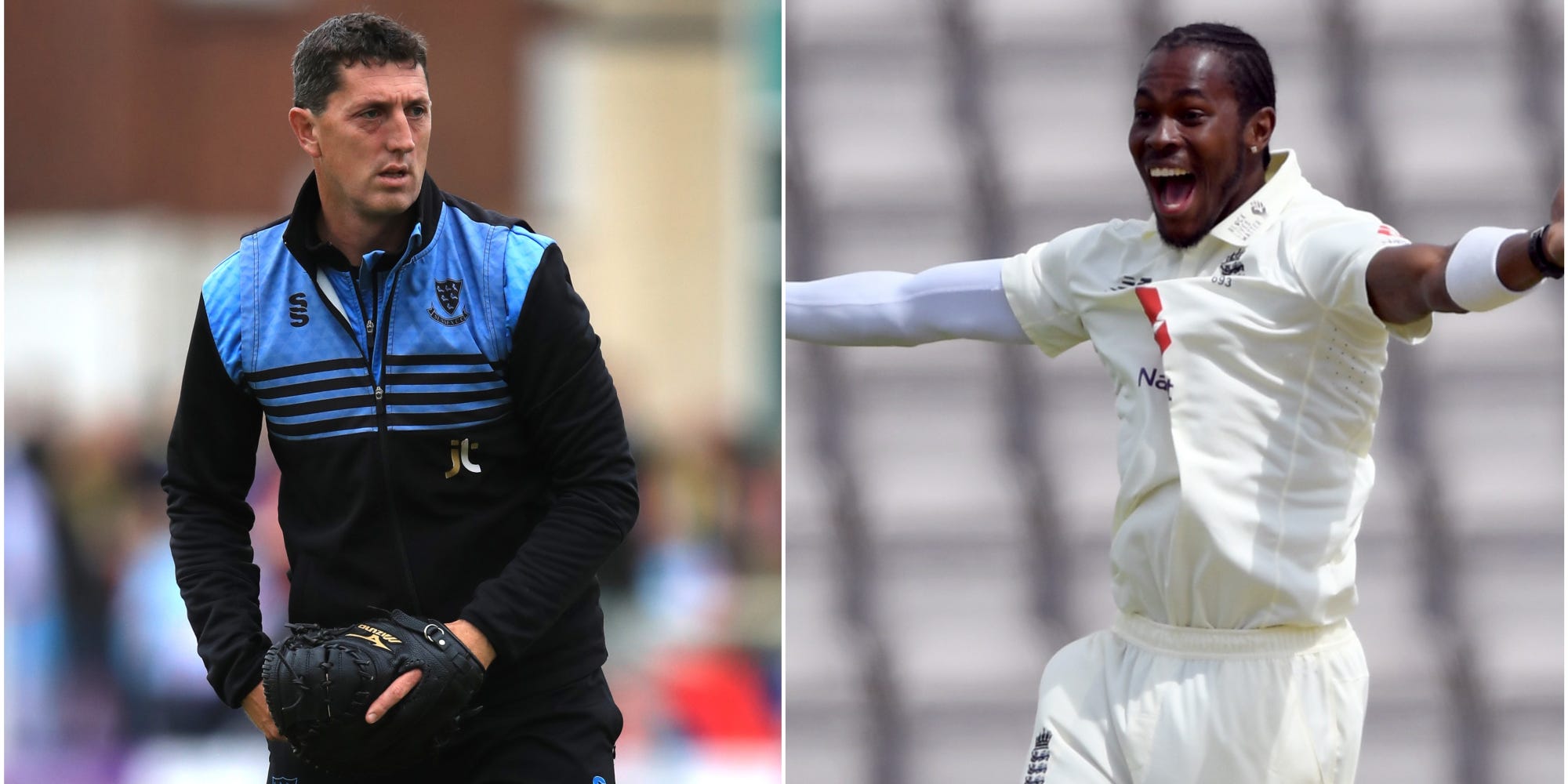 One of the frontrunners to join England’s revamped coaching team, Jon Lewis, would relish the chance to continue his work at the highest level and believes he could help guide Jofra Archer’s journey from “part of the family” to “the best bowler in the world”.

Lewis already has an important day job in charge of England Under-19s but has been an increasingly familiar figure around the senior set-up in recent months, working with the limited-overs squad during the summer before being seconded to the recent tour of South Africa and next month’s trip to Sri Lanka.

There has not been a full-time pace specialist on the backroom staff since Chris Silverwood was promoted to head coach in 2019, but the England and Wales Cricket Board is set to rectify that in the new year amid a round of new appointments.

Lewis is well placed, well thought of and well known to many of the squad, but none more so than Archer – who is rested from next month’s Sri Lanka trip but could lead the country’s attack for a decade with good management and a fair wind.

When Archer first swapped Barbados for Sussex as a teenager in 2015, Lewis was not only on hand as a seam-bowling mentor but an impromptu landlord as well.

“Jofra lived with me at home for two years, he was part of the family,” he told the PA news agency.

“I worked with him coming through at the club and he’s just grown and grown. When he first started out as a professional he had all the attributes now he’s a more rounded player.

“It’s really satisfying to see guys progress and I love to see him flying. To play a small part in that journey is really rewarding.

“I know he wants to be the best bowler in the world and he’s not far away already.

“At this moment if you’re picking a World XI across all three formats, there’s a pretty good chance he’d be up there for selection among the best three or four around. The world is his oyster.

“Whether or not I’m part of the journey going forward is not up to me but I’d love to be part of this team.”

Lewis has long-standing links elsewhere in the squad, bonding with Chris Jordan at Hove and playing in Tom Curran’s List A debut for Surrey, not to mention a deep working knowledge of the next generation of international prospects.

He won 16 caps for England across all three forms – with one Test appearance and a memorable T20 outing against Australia – in the Ashes summer of 2005, but could be set for an even more impactful career behind the scenes.

“This team look like they going places and are ready for success,” he said.

“With the under-19s you work on having great basics, you’re trying to ignite their thinking, inspire them and connect with them.

“When you’re with the England team all those fundamentals are in place already, you’re just trying to bolt things on. The conversations are around the tiniest margins of their game – can you make them just a little bit better? – but the most important part is making sure they walk out on the field relaxed and confident.

“There’s not a player in the history of the game who hasn’t had any self doubt, so it’s about ensuring they feel confident and working out the right time to make an intervention.”

Where Archer is concerned, Lewis has no doubts about his ability to make those interventions count. As England look to make the most of the paceman’s rare quality, particularly in the Test arena, that could prove a priceless asset.

“We have a really honest relationship: If I say something to Jof, most of the time he’ll listen and I like to think that’s because he trusts me,” he said.

“I’m able to be honest with him in my feedback – he can agree or disagree but those conversations happen in a very open way and that is a strong position to be in with a player.

“I’m not afraid to have honest discussions with Jofra but at the moment I can only be full of praise for him because he is hunting growth all the time, getting better and better and learning from every experience.

“He’ll often send me questions and ask my opinion on things, whether it’s at the IPL or with England. People often return to coaches who influence them as a younger player. Any time he wants to have a conversation about bowling I’m there.”