Home Countries Australia Jonassen was ‘batting on a different pitch’

Jonassen was ‘batting on a different pitch’ 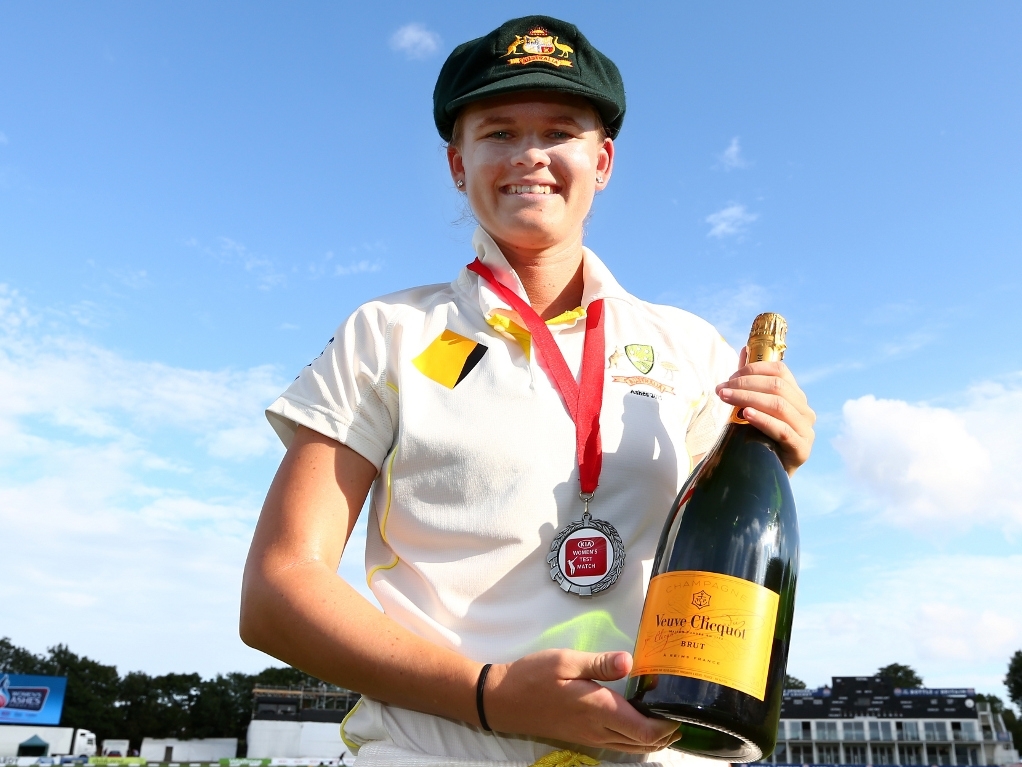 Australia star all-rounder Ellyse Perry has heaped praise on Jess Jonassen after the latter's debut Test efforts, against England earlier this month, gave the Southern Stars a vital victory in the women's Ashes.

Perry was very impressed with the way Jonassen batted, especially as the rest of the more experienced order struggled against Katherine Brunt and company. Jonassen made 99 in her first innings, saving the knock.

Australia went on to win the match easily, with Perry taking a six-fer on the final day, but Jonassen added a second half ton to her records as well, and the senior all-rounder was most impressed.

Perry told SEN: "For someone on her debut Test match to be as poised and in control as she was when she went into bat for that first innings – we were five for 99 – she almost made it look like she was batting on a different pitch to the rest of us.

"To have someone like her batting at seven, contributing like she did, and then coming out and bowling a little bit of left-arm orthodox, and taking a few key wickets as well, it certainly bodes well for the future."

The win was vital for Australia, giving them four points to add to the four they already had from the ODIs. As such, they lead the Ashes 8-2, with three T20s to go. Each of those games is worth two points, so England must win them all to avoid defeat.

Perry added: "It was a really special victory and quite crucial in the scheme of things."