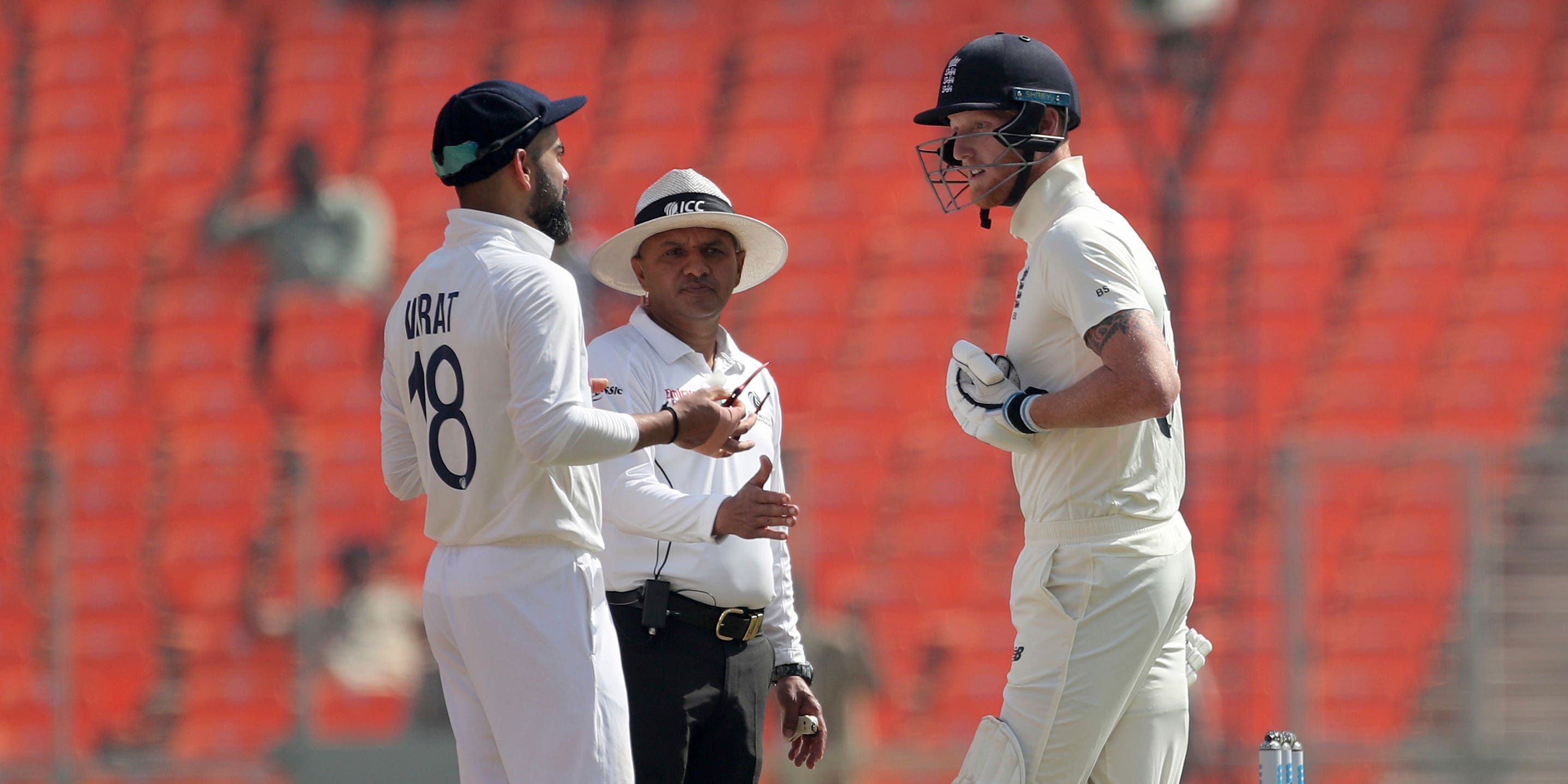 England lost three cheap wickets before Jonny Bairstow and Ben Stokes began rebuilding on the first morning of the fourth and final Test against India.

After opting to bat first in Ahmedabad, the tourists saw Dom Sibley, Zak Crawley and captain Joe Root fall for single figures with just 30 on the board.

But Bairstow (28no) and Stokes (24no) rallied, fighting hard for some fluency to reach 74 for three on a pitch not yet showing any sign of the elaborate spin that defined the previous two matches.

The return of Dom Bess as a second spinner had been telegraphed but recalling Dan Lawrence as a specialist batsman at number seven was an unexpected move. Both Stuart Broad and Jofra Archer made way to leave 38-year-old James Anderson as the only specialist paceman.

Root opted to bat first but it did not take long for a first scare to emerge, Ishant Sharma swinging his second ball in at Crawley and going up for a big lbw appeal.

It briefly looked like a calamitous continuation of third Test rout but the appeal was waved away on the field and on review.

The ball was offering some movement through the air and a little off the pitch as well but after just five overs, Virat Kohli called for the spin of Axar Patel. The left-armer has been a revelation in his maiden series and continued his domination over England’s top order, removing Sibley with his second delivery.

As in the previous match it was not lavish turn that did the damage, but one that skidded on and clipped the inside edge on its way into the stumps. Sibley had lunged, left a yawning gap between bat and pad and paid the price.

Crawley had a different plan but found the same destination, charging bullishly at Patel and hoisting a top edge straight up in the air and back down to mid-on. With England’s openers wiped out for two and nine, Root arrived carrying the familiar burden of expectation.

While he managed to slow Patel’s charge, Mohammed Siraj posed some different questions as he found combinations of seam, swing and bounce. After the drinks break he went straight at the stumps, jagging one back into Root and slamming him on the back pad for an lbw.

As he trudged off things appeared decidedly dicey for England. Another wicket could easily have followed, Stokes failing to leave his first ball and then seeing an edge squirt past the cordon. Bairstow was also tentative after making a pair of ducks last time out and saw one cut shot flash a yard or so past slip.

But they gradually warmed to the task, cashing in with a series of boundaries as the India attack lost their control of length.

The arrival of Ravichandran Ashwin might have been expected to slow Stokes down but instead, the left-hander trusted his eye and launched him for six in a clear sign of intent.

The England all-rounder had shared a few angry words with Siraj and Kohli, an exchange which appeared to be having a positive impact on his performance at the crease.