Jonny Bairstow and England looking to ‘take the game forward’ 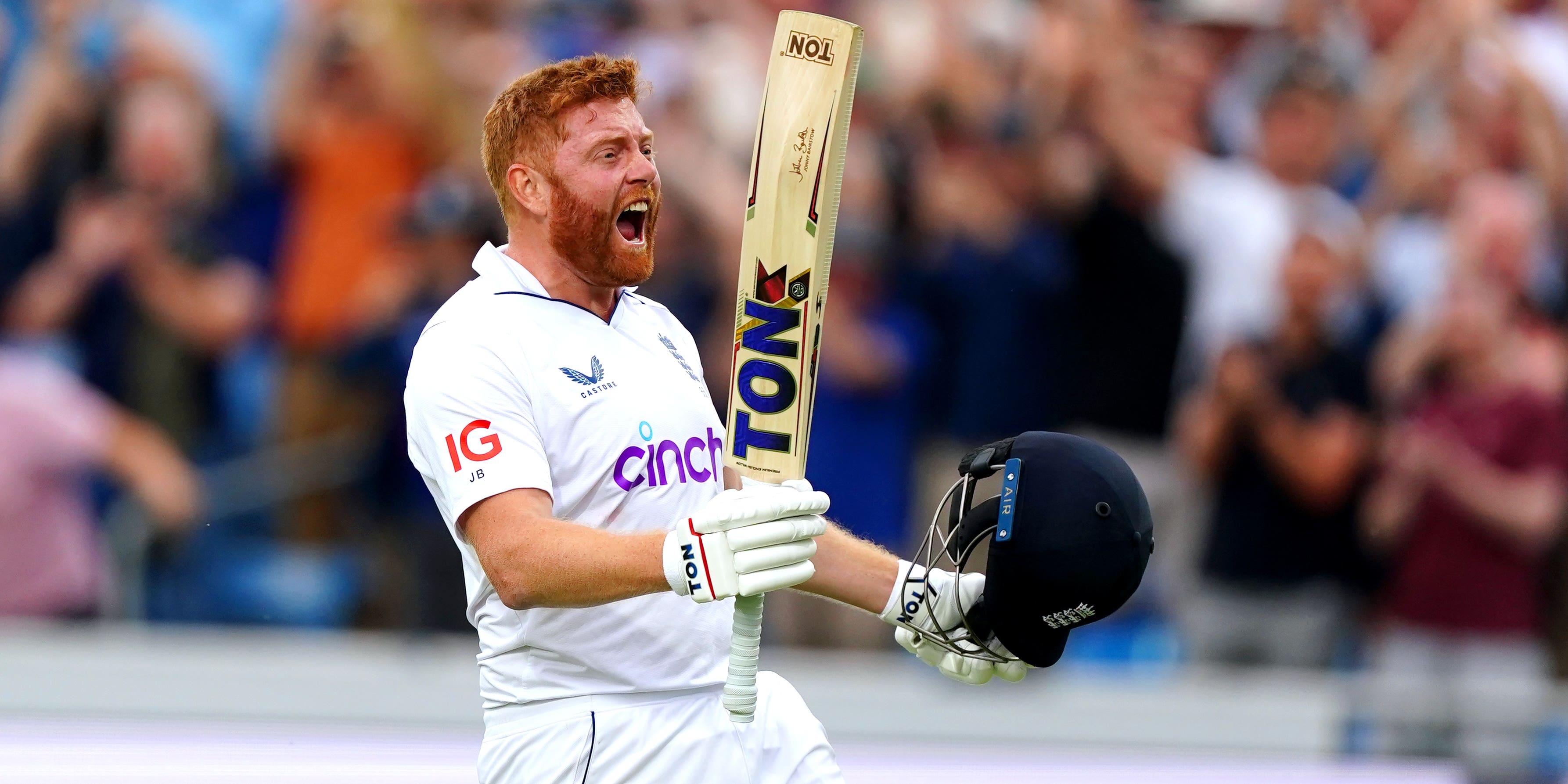 Jonny Bairstow suggested England were prepared to reinvent the Test cricket textbook after his fearless century capped another memorable day in his side’s series against New Zealand.

Head coach Brendon McCullum and captain Ben Stokes both vowed to unlock a fresh, bold style in a side that had long since lost its fun factor under the previous regime and the early results have delivered non-stop entertainment.

After finding the sweet spot between risk and reward in victories at Lord’s and Trent Bridge, England looked to have hit the skids on day two at Headingley.

Responding to the Kiwis’ 329 all out, their top order keeled over to 55 for six inside just 12 overs. But Bairstow followed a match-winning knock of 136 last week with another outstanding century.

Refusing to let the difficult match situation cramp his style, Bairstow finished 130 not out as he and debutant Jamie Overton piled on a 209-run stand at a rampant rate. The latter reached stumps unbeaten on 89, a quite remarkable contribution from number eight in his first Test innings, with England finishing heads high on 264 for six.

And Bairstow said the freedom to discount established cricketing orthodoxy was a powerful motivating factor.

“We are still in the infancy of it, only a couple of games in, but what I will say is we are looking to take the game forward. We’re definitely looking at it in a different way,” he said.

“There’s different ways of looking at it. You can go into your shell and bat the way people have done for years and years and years – try to survive against bowlers like Trent Boult and Tim Southee when they’re bowling so well – but you need to transfer the momentum. You need to take them off their lengths.

“We’re going out and expressing ourselves, taking the game forward and hopefully playing in ways that can change games.

“That’s how you win games of cricket. Whether it’s a bowler taking five, six or seven wickets, or batters scoring hundreds – that’s what you need people to stand up with. We are looking to impose ourselves at the crease and put pressure back on to the bowlers which is in some ways a very different way of looking at it.”

Bairstow celebrated his 10th hundred in typically full-blooded fashion, as did the legions of supporters around the ground in recognition of the home favourite.

“Being a Yorkshire lad, scoring a Test hundred at home is pretty special. My family and my mates are here as well,” he said.

“Every time you score a Test hundred it’s emotional. People know what I’m like – it means so much for me to play Test cricket for England and that’s the kind of guy I am. I wear my heart on my sleeve, which isn’t always everyone’s cup of tea.”

Bairstow hopes to have a front-row seat for another special moment on day three, willing his partner on to what would be a sensational debut century.

“Jamie played unbelievably. I guess it helps being 6ft 5in but blooming heck, that was some seriously special striking; unbelievable hitting,” he said.

“Hopefully in the morning we will be able to experience him getting his maiden Test hundred which would be absolutely lovely.”