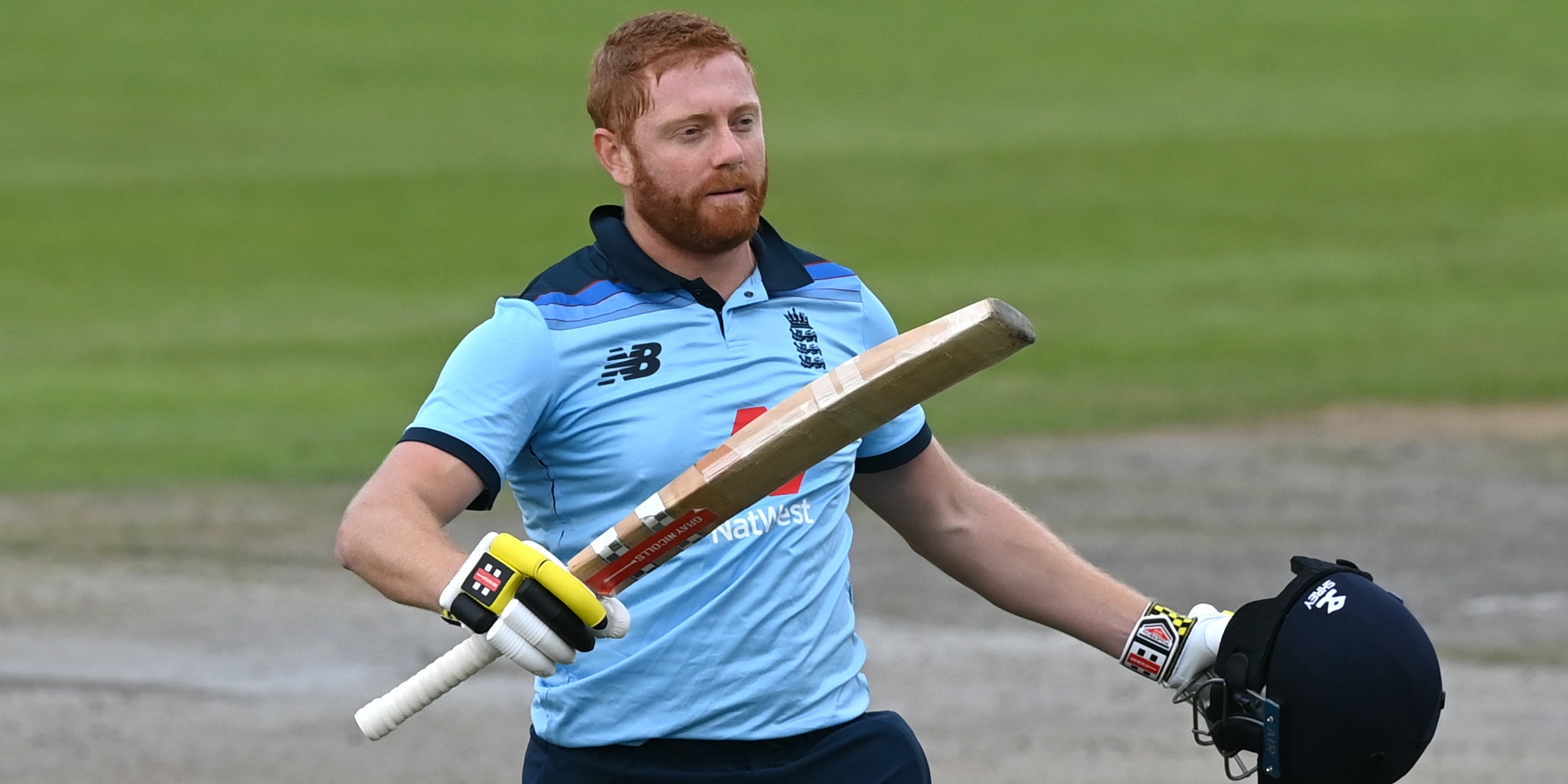 Jonny Bairstow scored a fluent century as England recovered from a dire start to post a highly competitive 302 for seven in the series deciding third one-day international against Australia.

Bairstow was at the non-striker’s end as a fired-up Mitchell Starc removed Jason Roy and Joe Root with the first two balls of the match, but counter-attacked fearlessly to make 112.

He found a solid foil in Sam Billings, who scored 56 in a century stand for the fifth wicket, while Chris Woakes helped himself to an unbeaten 53 as he guided the lower order throught the death overs expertly.

After choosing to bat first England’s best-laid plans came crashing down in a hurry, Starc thrusting himself into centre stage with a bold, brilliant and unprecedented new-ball blast.

On six previous occasions in their history England have lost a wicket to the opening delivery of the day, but never in 761 ODIs had they started with back-to-back golden ducks.

Starc was on the money immediately – full, fast and finding just enough swing as Roy sprayed a drive to point.

Root was also beaten through the air, the left-arm quick ducking one into his pads to win a resounding lbw.

Eoin Morgan was relieved to see the hat-trick ball slip down leg and got England into credit by working the next ball for four.

Bairstow could easily have been spooked by Starc’s double strike but instead decided to trust the pitch and his own hands, tucking into a series of well-timed drives and finding the gaps in the fielding circle. At the end of the powerplay he had lifted England off the mat and up to 67 for two, scoring seven boundaries and a six off Pat Cummins.

The introduction of Adam Zampa worked wonders for Australia, with Morgan (23) and Jos Buttler (eight) both picking out catchers as they tried to lift the leg-spinner over the in-field.

Billings offered Bairstow the stable partnership he required and between them they added 114 to the score. Billings offered a tough return chance to Starc on 25 but, when it failed to stick he cashed in, launching the paceman high into the practice nets then ramping an audacious six over fine leg.

Bairstow brought up his first century since last year’s World Cup in wonderful style, stepping into a 90mph delivery from Cummins and turning it flat and hard over the head of long-leg.

Australia could not afford much more of the same from the duo and managed to see off both before the all-important death overs, Billings mis-hitting a reverse sweep and Bairstow finally beaten by a well-hidden cutter that sent the bails flying.

England still managed to take 82 off the final 10 despite lacking a specialist batsmen, Woakes hitting six boundaries and taking 14 off Josh Hazlewood’s last over, ably supported by Tom Curran and Adil Rashid.