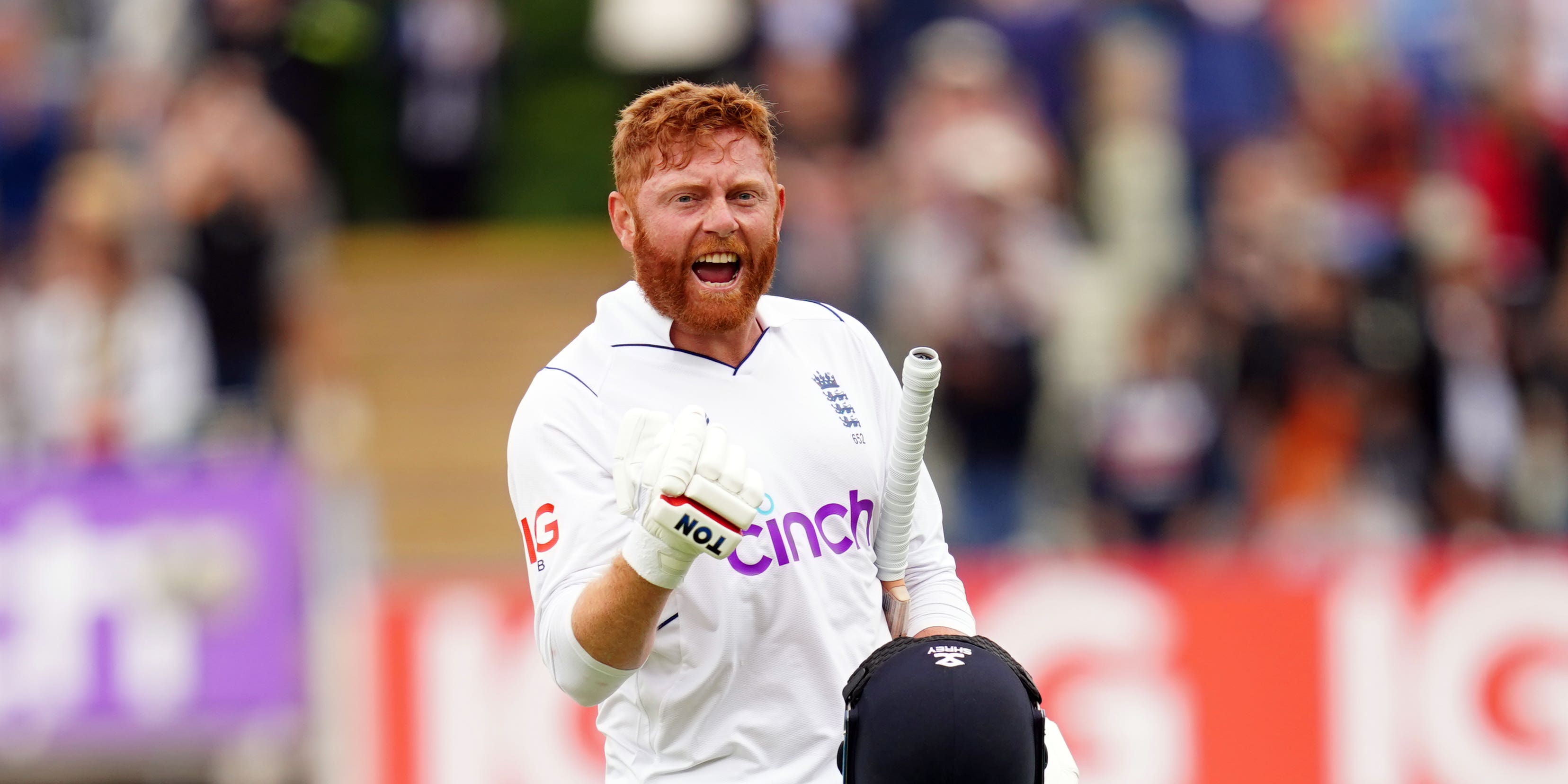 Jonny Bairstow has become the inaugural winner of the Bob Willis Trophy, repurposed to honour England’s player of the year.

The silverware, which bears the likeness of the former England captain and broadcaster, was originally conceived as a first-class cricket trophy during the height of the Covid-19 pandemic, but the end-of-season showpiece was discontinued after two years.

It has now been given a new lease of life by the Cricket Writers’ Club, which honoured Bairstow for his sensational run of form this summer in a new category open to both the men’s and women’s team.

The 33-year-old is currently recovering from a horrific leg break that will keep him out until 2023, but looks back with joy at a campaign that saw him post four Test centuries, including England’s fastest ton in the format for 120 years, and average 75.66.

“It’s one of those summers that we’ll all remember as a group of people and I’m sure as a cricket nation,” Bairstow said, after accepting the award.

“I remember the 2005 Ashes very fondly and was inspired by the spectacle those guys put on. Hopefully we have inspired the next generation, or people who haven’t played the game who flicked on, and entertained them.

“We’re not going to get it right all the time but we won six out of seven Tests this summer, which hasn’t been done for a very long time. We must be doing something right.”

Nat Sciver was selected by the CWC for the JM Finn women’s cricket award, having scored 148 in the World Cup final, registered a maiden Test century, lit up The Hundred and captained her country to the Commonwealth Games semi-final.

Cox has just completed his first international assignment as a non-playing squad member of the T20 series in Pakistan and looks primed to follow in the footsteps of current England stars including Bairstow, Ben Stokes, Joe Root, James Anderson, Stuart Broad and Harry Brook, all former winners of the award.

“It’s an absolutely amazing award and I’m really grateful. It’s amazing to see and hear all those names,” said the 21-year-old.

“Obviously Test cricket’s the pinnacle, so to play for England in a Test match would be the pinnacle of my career if I do end up doing that. But I would love to play all three formats. I feel like my game’s very adaptable.”

All-rounder Kemp, who became the youngest England cricketer to hit a T20 half-century against India last month, has had to balance her burgeoning career with A-levels and skipped the awards to pick up on her studies.

“It has been difficult to be honest. School have been really good, really understanding and I’ve tried to catch up as much as possible,” she said.

“The season I’ve had has been really good, totally unexpected.”

Hampshire veteran Keith Barker is 2022’s LV= Insurance County Championship player of the year after taking 52 wickets and scoring 595 runs for the Division One side and Josh Price collected the Lord’s Taverners Disability cricketer of the year.

Elsewhere Katherine Brunt became the first-ever female recipient of the Peter Smith award for outstanding contribution to the presentation of cricket to the public.