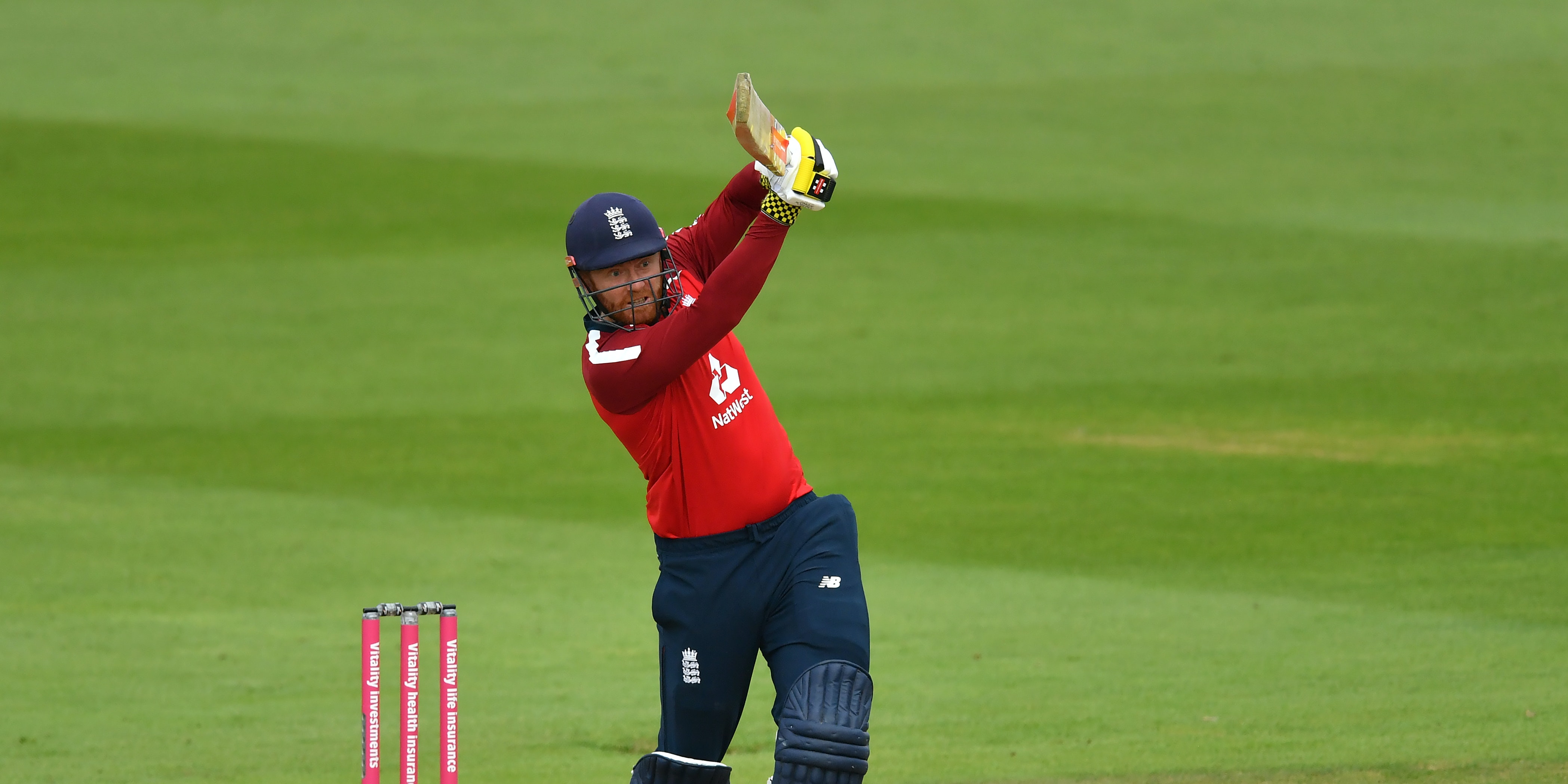 England posted 145 for six in the final Twenty20 international against Australia, with a series whitewash and the world number one spot up for grabs at the Ageas Bowl.

Captain Eoin Morgan’s dislocated finger forced him out of the side, further weakening a top six already missing Jos Buttler, Ben Stokes and Jason Roy for various reasons, but Jonny Bairstow was on hand to top score with 55 after a tricky start.

Zampa gets stuck into England

Dawid Malan, skipper-for-the-day Moeen Ali and Joe Denly were all dismissed in the 20s, with Adam Zampa claiming two for 34 while Mitchell Starc was the cheapest of the Australian bowlers.

With the in-form Buttler granted some family time after 10 weeks in the bubble, Tom Banton was handed the chance to take up his preferred opening berth, promoted from number four.

He was unable to take the opportunity, managing just a pair of singles before throwing his hands at a a fuller ball from Josh Hazlewood and nicking to Matthew Wade.

That left England with a flat-footed start of four for one off two overs, with the first boundary not arriving until midway through the third – new man Malan whipping Starc off his legs.

Bairstow was struggling for timing, swinging hard and often but rarely making meaningful contact. It took a free-hit off Hazlewood to get him going after 17 balls, albeit with a mis-hit four of the toe end, and he was able to get on top of the bounce to swat the next to the mid-wicket ropes too.

Nevertheless a powerplay score of 33 for one represented a under-powered effort, leaving plenty of catching up to do. The introduction of Ashton Agar helped, with 13 runs off his first visit as Malan swept and Bairstow cut.

Fellow spinner Zampa had better luck, Malan (21) stooping to slog-sweep his loosener and seeing a top-edge well caught by the sprinting Marcus Stoinis. At the other end Bairstow’s timing had returned, launching two sixes in the space of four balls as he went after the slow bowlers.

But England’s momentum was checked again when Sam Billings went for an early reverse-sweep off Zampa and fed Aaron Finch, who watched the ball well to hold an unconventional slip catch.

Bairstow brought up his fifth half-century in the format in style, using his feet to Zampa and launching him in a steepling arc over long-off for his third maximum. He would have had eyes on seeing the innings through but exited in the 14th over, lobbing into the leg-side off the back foot and watching as the alert Agar turned his follow-through into a running return catch in the mid-wicket position.

Moeen now had the responsibility to reel in a competitive total and unfurled a glorious straight six to bring up the 100. He made a bright 23 but was stopped from going any further when Steve Smith held a skier on the ropes. It took several replays to confirm the fielder’s boot had not touched the boundary but Moeen was finally sent on his way at 119 for five.

Australia’s death bowling was on point with Kane Richardson and Starc conceding just 29 off the final four overs – including three successive boundaries off the edge of Denly’s bat as the all-rounder made 28no.