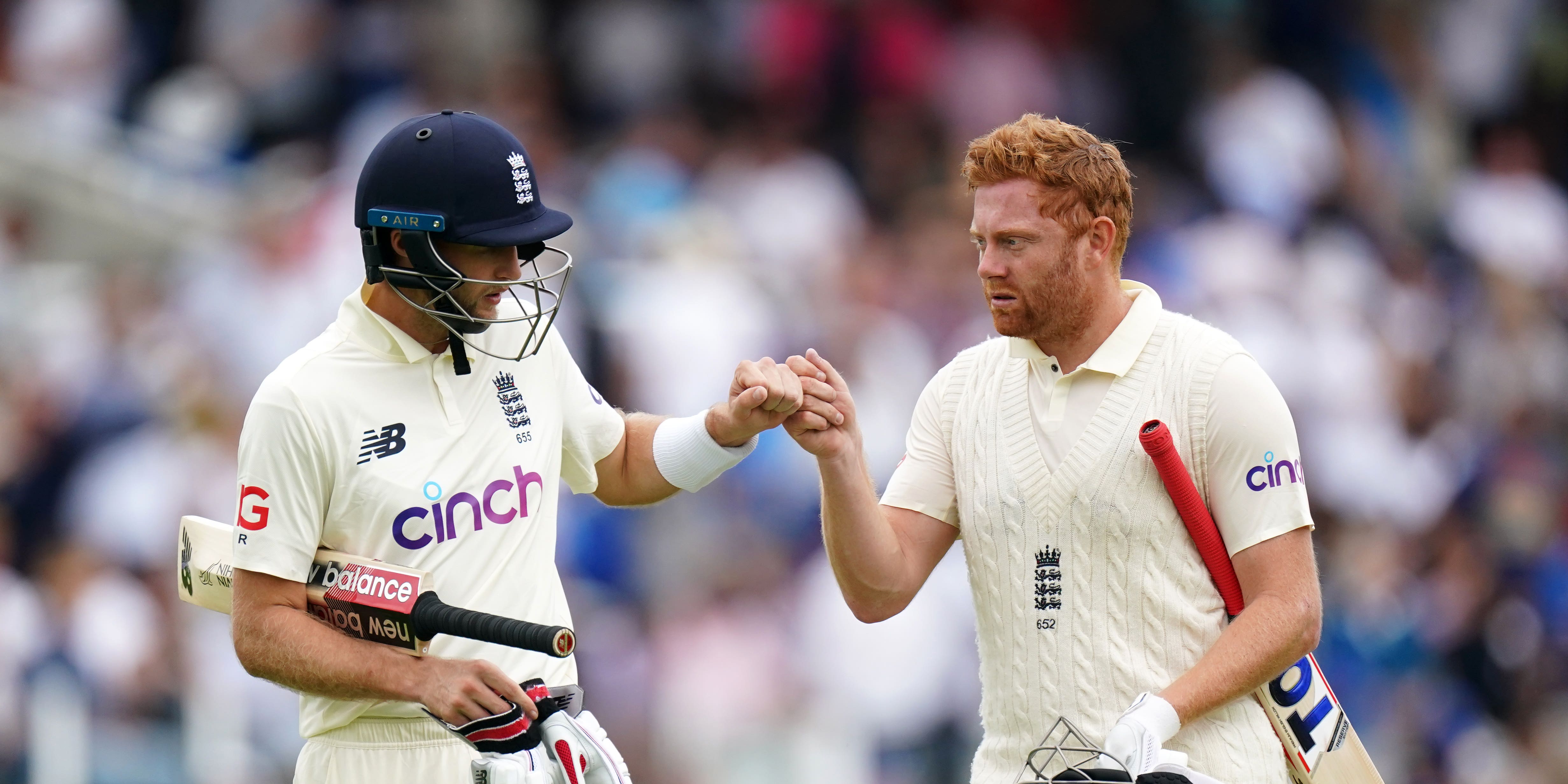 Jonny Bairstow could barely find the words to describe Joe Root’s importance to England after his latest brilliant century lit up Lord’s.

Captain Root made 180 not out on day three of the second LV= Insurance Test against India, continuing his outstanding sequence of scores that have shored up the team, often single-handedly, in 2021.

He has now reached three figures five times since the turn of the year, averaging 69.11 along the way. To do so while bearing all the burdens of captaincy, not to mention the added pressure of being the team’s only consistent run-scorer, only makes his recent achievements more impressive.

Undefeated after almost nine hours at the crease, Root’s efforts lifted England to 391 all out as they accrued a 27-run lead that would have seemed impossible after the first day of the contest.

“He means a heck of a lot to us, like he does to English cricket,” he said.

“To do what he’s done, to go into second place among leading run-scorers in the history of the English game is very special, to pass 9,000 Test runs in this game is extremely special, to score another 180 not out at Lord’s… I’ve run out of superlatives, to be honest.

“It’s great to see him in the form that he’s in, playing the way he is and it’s awesome to be out there with him enjoying every single moment of it.”

Bairstow and Root go back a long way, back to age-group cricket in Yorkshire and all the way through the levels to the very highest stages of all.

As well as the professional pride that comes with clawing a Test match back from the brink, Bairstow was also beaming with a personal joy after sharing a stand of 121 with his friend and skipper to set the tone for the day.

“Joe and I, when we were walking out, we were just smiling at each other,” he explained.

“How good is it to walk out on a Saturday at Lord’s, with one of your best mates? That’s exactly what it was. We really enjoyed our partnership because it’s about having fun while you’re out there.

“To have a full crowd back at Lord’s, with the new stand here, with family and friends, it was really special. That Lord’s buzz, or hum, however you want to phrase it, was most definitely back.”

Anderson had been on the wrong end of some repeatedly hostile bowling before his dismissal and shared some heated words with India captain Virat Kohli as the pair walked off.

“We can come with fire in our bellies tomorrow. When Jimmy Anderson comes to bowl on Sunday, he’ll be ready,” noted Bairstow.

“We’ve got a new ball in our hands. So we’ll come in tomorrow, all firing. We’ve got guys that are able to challenge them in every way possible. We’ve got the pace of Mark Wood, we’ve got the swing of Jimmy, we’ve got the nip of Ollie Robinson, not to mention Sammy Curran.

“It’s going to be a really challenging day, hopefully for the Indians, and we’ll be looking to make sure we challenge every part of their game.”