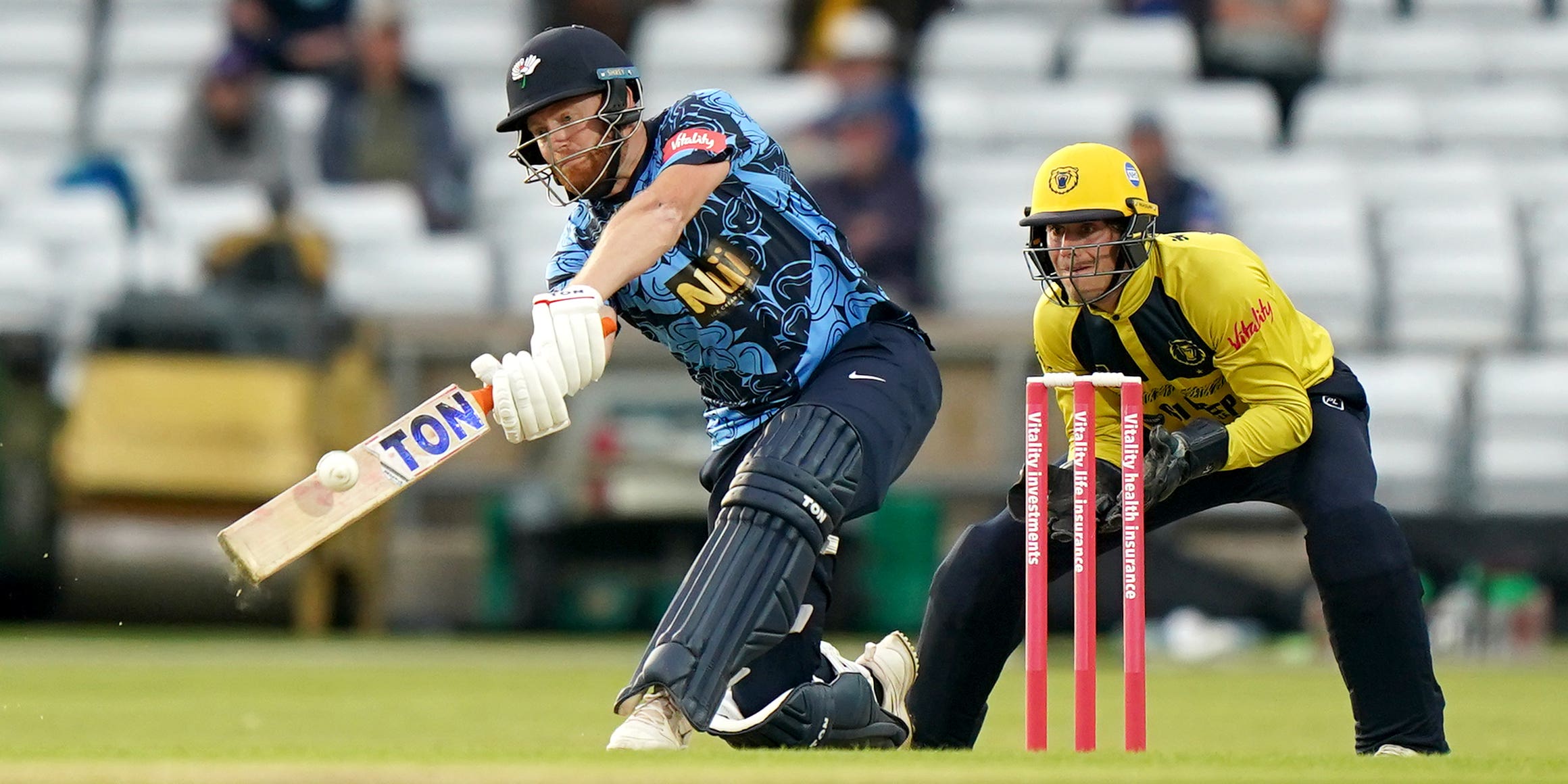 Jonny Bairstow gave England a major Twenty20 injury scare on his way to scoring a memorable hundred for Yorkshire in their 94-run Vitality Blast success over Worcestershire at New Road.

The wicketkeeper-batsman raced to three figures off 48 balls with eight sixes and seven fours as the Vikings amassed 216 for six after being put in to bat.

But he needed a runner for the second half of his innings after slumping to the ground on the completion of a single off Charlie Morris with a suspected ankle injury.

Bairstow was able to continue with strapping after a lengthy delay, and Adam Lyth acting as a runner, although it did not reduce his hitting power after he resumed on 56.

He went on to make 112 from 51 balls before holing out to Riki Wessels at long-on off Morris.

But Bairstow was unable to keep wicket as Worcestershire were bowled out for 122, with England team-mate Moeen Ali top-scoring with 39.

It will be a worry to England ahead of the T20 series against Sri Lanka next week.

England duo Zak Crawley and Sam Billings made their second appearances for Kent after returning from international duty as their team sealed a 40-run win over Glamorgan in Cardiff.

Crawley and Billings – both part of the England Test squad beaten by New Zealand at Edgbaston – made 15 and 30 respectively, but their bowlers did the business to defend a total of 144 for seven.

Two wickets each for Marnus Labuschagne, Prem Sisodiya and Dan Douthwaite put Glamorgan in control, but they were dismissed for just 104 as Labuschagne failed for the first time in the Blast.

Skipper Will Rhodes posted a career-best 79 as Birmingham Bears notched a fourth consecutive win and consigned Leicestershire to a fifth straight defeat.

Sam Hain overtook Ian Bell as the Bears’ all-time top scorer in the format in making 45 as they racked up 190 for seven, with Ben Mike taking a career-best four for 22.

Scott Steel made 46 and Rishi Patel 30, but after losing three key batters in the powerplay the Foxes were always off the pace and fell 35 runs short, Tim Bresnan taking three for 29 and Danny Briggs three for 35.