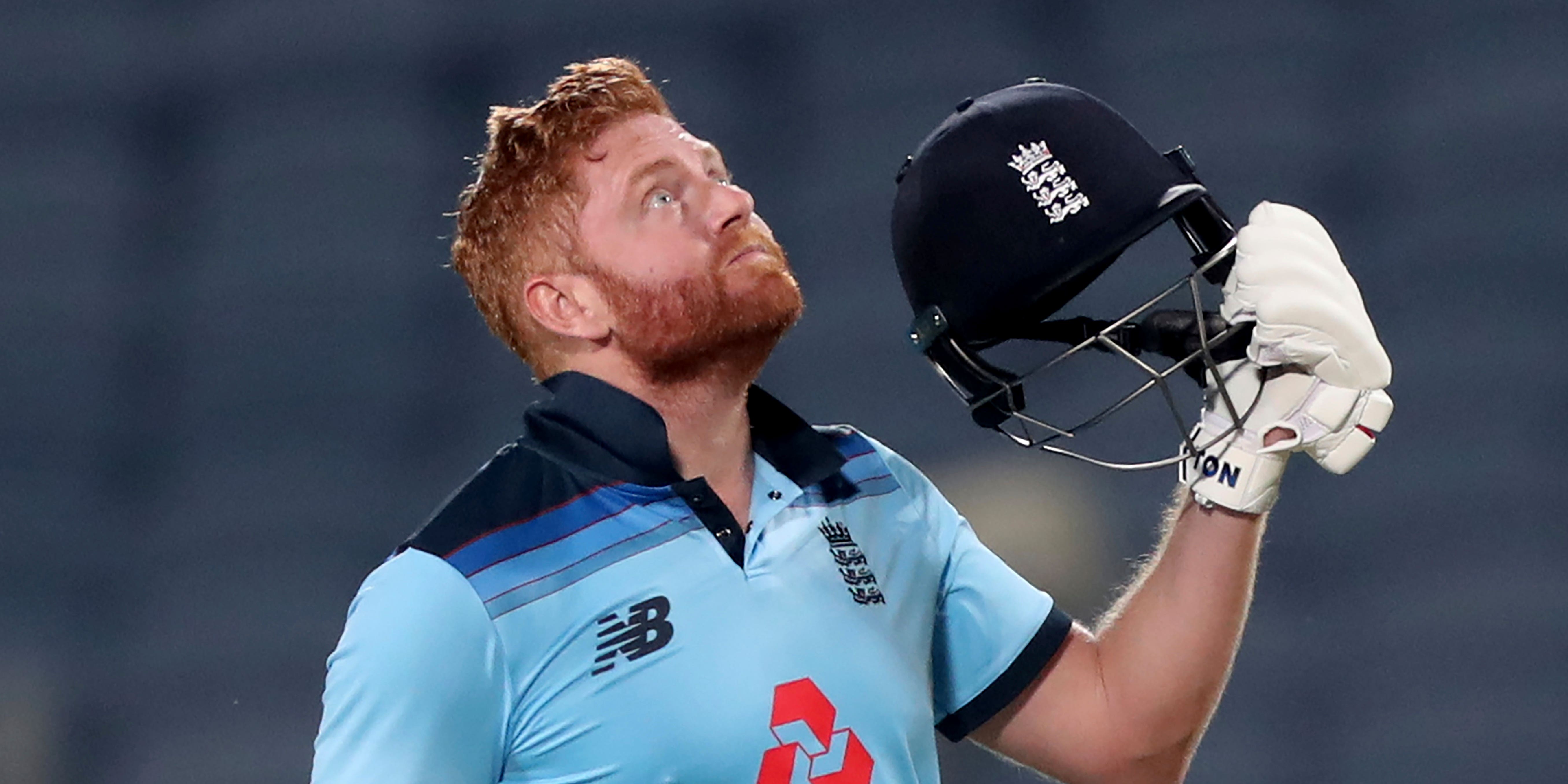 Jonny Bairstow’s magnificent century and a ferocious knock of 99 from Ben Stokes saw England level the series with a thrilling chase in the second one-day international against India.

Facing a stiff target of 337, England’s fearless top order tore chunks out of it to take the series to a Sunday decider. The tourists smashed 20 sixes between them and left 39 balls unused as they made India’s earlier efforts look like child’s play.

Bairstow’s 124 was the centrepiece, his 11th ODI hundred a magnificent combination of clean hitting confidence, while Stokes fell one short of his own century after a furious blitz that saw him clear the ropes on 10 occasions.

Batting in Joe Root’s usual slot at number three, he soared from 50 to 99 in just 11 deliveries before a flick off the glove denied him a breathtaking ton. England indulged a late wobble, with Stokes, Bairstow and Jos Buttler falling in a handful of deliveries, but the frenzied scoring that the top three left behind meant the hard work was already done.

It was testament to England’s bench strength that the finishing touches were applied by debutant Liam Livingstone and Dawid Malan, both in as late injury replacements for Eoin Morgan and Sam Billings.

England sent India in and saw their pair of left-arm seamers make good use of the new balls, Reece Topley besting Shikhar Dhawan with swing on his recall and Rohit Sharma gifting his wicket to Sam Curran.

Virat Kohli and KL Rahul rescued their side with a careful stand worth 121, but scored just 30 of their first 100 runs in boundaries and allowed Moeen Ali to run through his full allocation with a solitary four against his name.

England missed the chance to disrupt the plan when Buttler put down Kohli on 35, Adil Rashid having drawn the edge. When Rashid found the edge a second time with Kohli on 66, Buttler was able to atone.

Rahul assumed responsibility for steering things, taking the side to 210 for three after 40 overs, a base India used to pile on 126 in the final 10. Rishabh Pant roared through the gears for 77 and were it not for two tidy death overs from Topley, it might have been even more.

Tom Curran suffered more than most as he shipped 83 from his share, though he did take Rahul with him for 108, and Hardik Pandya hit four sixes in a short cameo ended by Topley.

England’s reply began with a sticky start for Jason Roy, who managed just five off his first 17 balls, but the Surrey man soon shook off the cobwebs. By the end of the powerplay he had totted up seven boundaries, got his strike-rate up to 100 and taken England well ahead of India’s comparison at 59 without loss.

Bairstow had to wait for his share of the strike but was undeterred, heading off on a tear worth four sixes in 11 deliveries. Three of those came from pure pieces of timing off Shardul Thakur, who was deposited in the stands with the merest hint of a follow-through.

Both men passed 50 with sixes off Kuldeep Yadav but, with a 13th another hundred partnership banked by the pair their deep understanding gave way to a run out. Either could have gone as they both erred in the middle, but it was Roy who fell on his sword for 55.

The arrival of Stokes in the number three slot kept the momentum up, with left-arm spinner Krunal Pandya shipping three sixes in as many overs as the all-rounder attacked.

There was a turning point with Stokes on 31, as the TV umpire judged a tight run out appeal in his favour, despite less-than-clear evidence. India would come to look back on that as a pivotal moment, with England rampant thereafter. Bairstow motored towards three figures, getting there with yet another six pumped over long-leg, but was about cede the spotlight to his partner.

After taking 40 balls of his half-century, Stokes went ballistic. Flexing his muscles in stark fashion, he unloaded six sixes in the space of nine deliveries as Kuldeep and Krunal were treated with violent disdain.

An unbelievable century was there for the taking, only for Bhuvneshwar to tear up the script with a bouncer that took a glove on the way through. From 285 for one England were soon 287 for four, Prasidh Krishna having Bairstow caught at cover before yorking Buttler for a duck.

There were still 50 needed but with no time pressure, Livingstone contributed some powerful hits and Malan nicked the winning runs from a misfield.