Home Countries England Jordan: I was told to bowl yorkers so I did

Jordan: I was told to bowl yorkers so I did 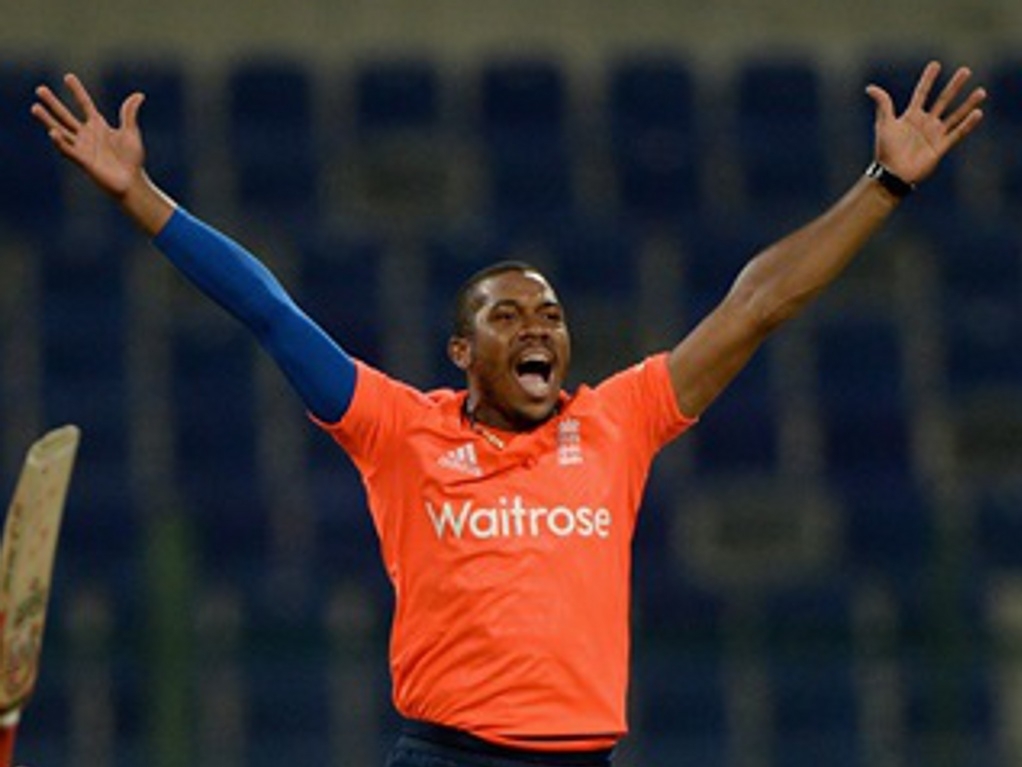 England all-rounder Chris Jordan has described bowling the Super Over against Pakistan in the third T20 as 'surreal' and says he just followed captain Eoin Morgan's orders to bowl yorkers.

This was England's first ever Super Over, and Jordan did a brilliant job, giving up just three runs after the regular match was tied off the last ball. Shahid Afridi and Umar Akmal could not get significant bat on ball against Jordan.

England's batsmen, Morgan and Jos Buttler, got the fourth and final run with a ball to spare, giving England a 3-0 series win.

Jordan, who has not played much in recent months due to injury, told the ECB website of the Super Over: "It was a bit surreal really.

"What helped up out is that we had a real clear plan on what we wanted to deliver and luckily I was able to deliver it.

"The previous overs in trying to close out the game we didn't quite get it right. We bowled maybe a few too many full tosses or we just missed our length.

"In that last over we thought if we could take wickets as well and try and bowl nice and straight yorkers and luckily I was able to nail them."

The all-rounder added that he was pleased by the way the team showed fight, even though the series had already been won, and hoped they'd be able to carry that aggression and confidence to the World Twenty20.

He added: "The win epitomises how hungry we are as a team because we won the series a game ago and it might have been quite easy to ease off the gas a bit.

"We didn't get off to the best start with the bat but again our character came through and we were able to get up to a score where we could try and defend. It speaks volumes for this team.

"It can only give us confidence. The more games we play and the more experience we get, especially in tight situations, it can only do your confidence good going into the World T20.

"Whoever is picked in that to play – I'm sure they'll be ready."