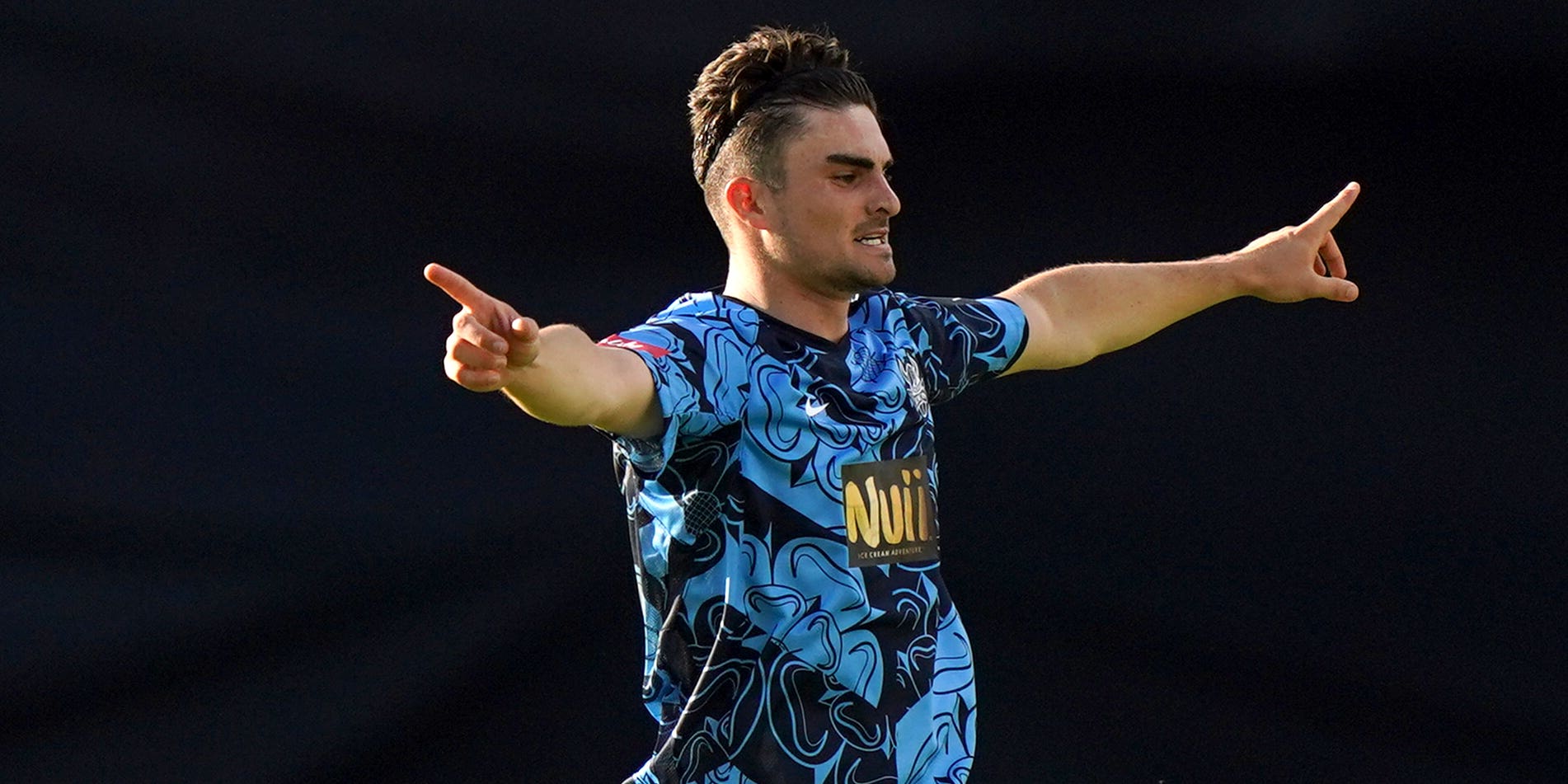 Jordan Thompson led an impressive batting effort as Yorkshire eased to the top of the Vitality Blast north group table with an 82-run victory over struggling Northamptonshire.

Thompson, who arrived at the crease at in the fifth over with the score on 34, was the last man to go for 74 having faced just 35 balls, seven of which he had dispatched for maximums as the Vikings amassed a total of 224 for three, 50 of them from opener Mark Stoneman.

The Steelbacks were up against it from the off at Headingley with England spinner Dom Bess removing three of the top four – Ricardo Vasconcelos, Wayne Parnell and Mohammad Nabi – for just 17 runs in his four overs.

Matthew Fisher and Matthew Waite also took two wickets apiece and the visitors had managed only 142 when last man Ben Sanderson fell to Waite from the third ball of the final over, nudging Yorkshire above Nottinghamshire on net run rate.

Hales plundered four sixes and 12 fours from 66 balls to reach 101 not out from a total of 173 for six with Steven Mullaney, who made 25, the only other batsman to pass 10.

Alex Davies kept Lighting in contention, hammering 39 off just 15 balls, and Steven Croft’s 41 and 33 not out from Luke Wood took the visitors to 166 with three wickets left before they ran out of overs, Matthew Carter finishing with figures of three for 17.

Ben Stokes and Cameron Bancroft teamed up as Durham put Birmingham Bears to the sword at Edgbaston.

England all-rounder Stokes, who had earlier scored 35 off 20 balls including three sixes and two fours, took four for 27 to help propel his side to a 34-run victory.

Skipper Bancroft had earlier led the way with a 45-ball 60 as Durham made 164 for eight with Carlos Brathwaite, who claimed three wickets for 32 runs, doing his best to limit the visitors.

However, despite captain Will Rhodes’ 45, they were dismissed for 130 with nine balls remaining.