Home Countries England Jordan: We would like to have got more wickets

Jordan: We would like to have got more wickets 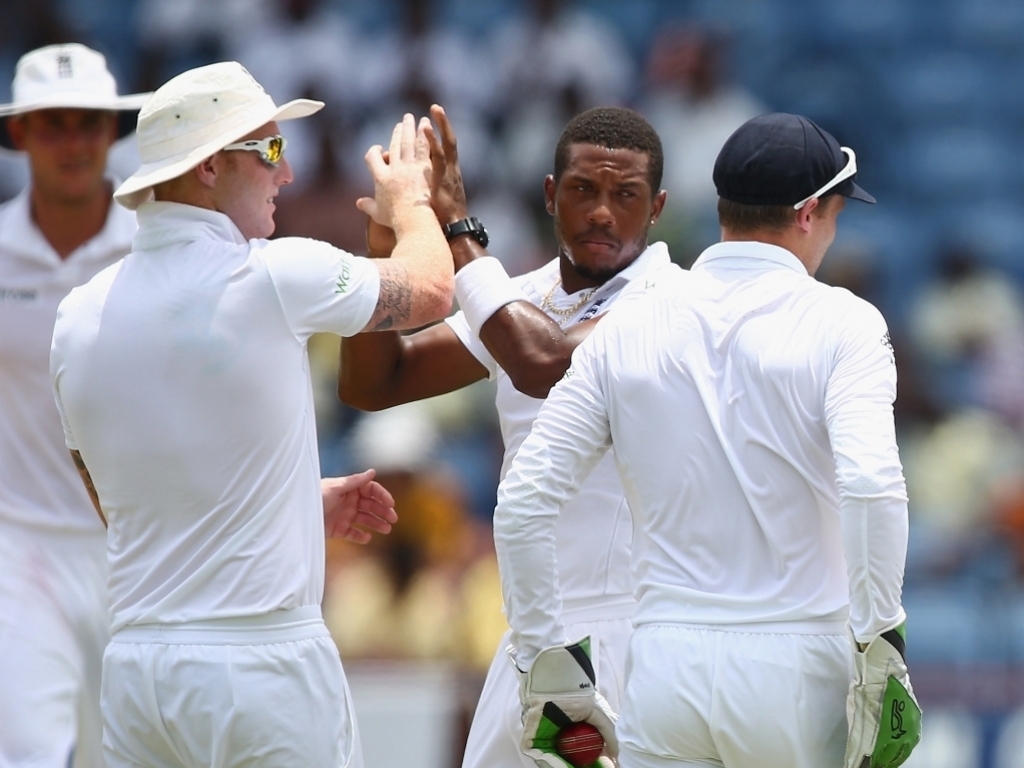 England bowler Chris Jordan says he was disappointed that they did not pick up more wickets on Day one of the second Test against the West Indies in Grenada, but declared himself satisfied with the bowling effort by his side.

Paceman Jordan was the pick of the visitors bowlers recording figures of two for 40 in 16 overs as the Windies reached 188 for five at stumps on a rain-interrupted first day at the National Cricket Stadium.

Marlon Samuels was 94 not out for the hosts as they were content to bat patiently and soak up the pressure after England captain Alastair Cook won the toss and decided to field.

Jordan told ecb.co.uk: "I have mixed feelings in the fact that we would probably have liked to pick up a couple more wickets but I think we had a reasonable day with the ball.

"We got the ball to swing for the majority of the day. And we were able to restrict them to two, just under three runs per over throughout the entire day. A reasonable day all in all."

The three-match series is currently all square after the first Test in Antigua ended in a draw.