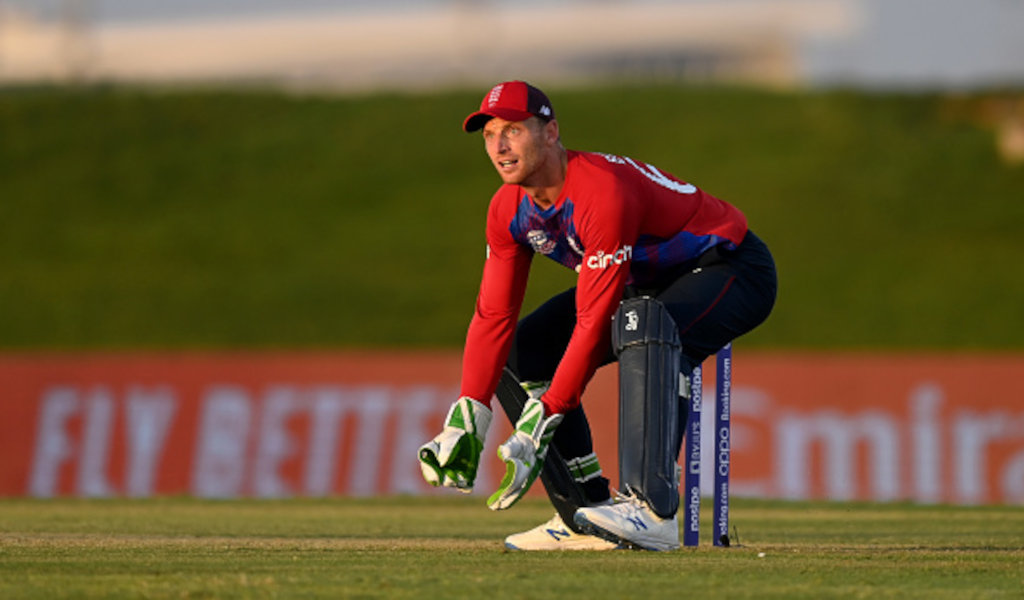 Jos Buttler and Adil Rashid starred in England’s final warm-up before beginning their T20 World Cup campaign this weekend as they defeated New Zealand by 13 runs in Abu Dhabi.

Buttler’s 73 from 51 balls contained 11 fours and two sixes, just three days before England’s tournament opener against the West Indies, while there were pleasing cameos from Jonny Bairstow (30) and Sam Billings (27 not out).

England’s 163 for six looked to be in peril as Martin Guptill crashed two sixes in the first over of the chase, but Rashid’s introduction turned the tide and his three for 18 helped to skittle New Zealand for 150 in 19.2 overs.

Left-arm quick Tymal Mills, who was back in an England shirt for the first time in four years, was wicketless but economical in conceding 23 runs in his four overs in this 12-a-side contest, while fellow fast bowler Mark Wood pushed his case for selection on Saturday with four for 23 at the Tolerance Oval.

Eoin Morgan returned to the side after sitting out Monday’s practice defeat against India and his lean run of form continued as he made 10 before receiving a debatable lbw decision after trying a reverse sweep off Ish Sodhi.

Dawid Malan had earlier departed in identical fashion and concerns persist over whether he is suited to batting in the powerplay after chewing up 15 balls in reaching 11, but England did not get too bogged down thanks to Buttler.

After Jason Roy was bowled round his legs first-ball by Tim Southee, Buttler got to work with some pleasing drives through the offside and an audacious ramp for six that has become his trademark off Kiwi speedster Lockie Ferguson.

Buttler brought up a 39-ball 50 and continued to pepper the boundary rope before holing out to 6ft 8 in fielder Kyle Jamieson at long on as he attempted a second six in the over off Sodhi.

Buttler’s influence was underlined by his contribution of more than 70 per cent of England’s runs at the time of his dismissal.

Liam Livingstone added just one, having been passed fit after a finger scare in the defeat to India, while Bairstow looked in supreme touch before Billings accelerated England beyond 150 with three fours and a slog sweep for six off a penultimate over bowled by Jamieson that yielded 20 runs.

Livingstone’s mix-and-match spin was given an airing at the outset of the reply, with Guptill starting and ending the over with towering sixes, the big-hitting opener laying down a marker as he then continued to accelerate against England’s quicks.

After Wood made initial inroads by bowling Tim Seifert through the gate, Rashid accounted for dangerman Guptill, who departed for 41 off 20 balls, caught in the deep after attempting a second successive six off the leg-spinner.

A platform of 81 for two in the ninth over became 87 for six within the space of 11 balls, Rashid snaring Mark Chapman and Mitchell Santner after Devon Conway had been run out and Glenn Phillips nicked off to Livingstone.

Daryl Mitchell was pouched at mid-wicket off Wood, who also collected the tail-end wickets of Jamieson and Tim Southee with successive balls, although the last-wicket pairing of Ish Sodhi and Todd Astle gave New Zealand brief hope.

From 103 for nine, they got the equation down to 15 required from the last over, but Woakes extinguished the unlikely fightback by bowling Astle round his legs.