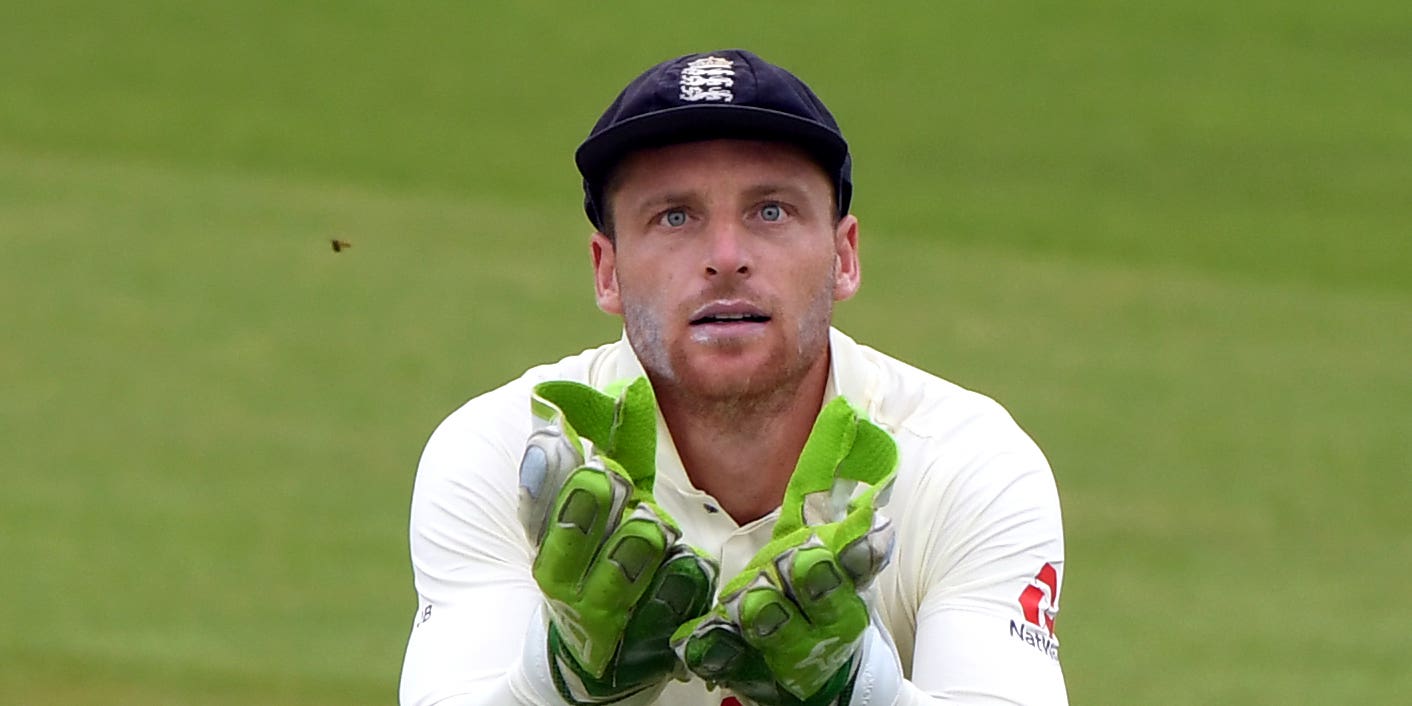 Jos Buttler enjoyed the best batting form of his Test career at the end of last summer but knows his wicketkeeping must be just as good if England are to overcome Sri Lanka.

Buttler was superb against Pakistan in August, leading a brilliant fourth-innings chase at Emirates Old Trafford and then signing off with his highest-ever first-class score of 152 at the Ageas Bowl.

His classy performances earned him the player of the series honours and justified the resolute faith of the selectors, which had been stretched during a run of indifferent performances in the red-ball format.

But five months and 5,500 air miles later and he must confront markedly different conditions in Galle, where England are now based ahead of back-to-back Tests on one of the world’s most notorious spinning pitches.

Arguably it is Buttler’s glovework that will be most important to the England cause over the next couple of weeks, with long, draining sessions standing up to the turning ball and every thin edge or stumping opportunity likely to be crucial.

It is an area of his game that has attracted unwanted attention before but he is ready to step up to the demands on his shoulders.

“It’s obviously going to be very different from the summer. As an all-rounder you want everything firing and I know it’s going to be a great challenge for me with the bat and the gloves,” he said after rain in Hambantota dashed hopes of a second full-squad workout and led to an early departure.

“It’s really important both of your games are on and you hope they feed off each other. To contribute to the team and winning games you really need both suits playing well. It’s demanding but it is also an exciting place to keep wicket. You’re up to the stumps, the ball is turning, you know you’re really in the game.

“It’s obviously demanding physically out here and that is part of the challenge, to have satisfaction at the end of the day that you have worked so hard and you’re tired but you’ve done your job for the team.”

Ben Foakes did just that on England’s last visit in 2018, excelling with the bat on his maiden international tour and showing off the exemplary keeping which makes him the most feted technician on the county circuit.

He has since slipped back down the pecking order and will act as back-up here ahead of a promised opportunity in the forthcoming India series, when Buttler can expect to receive a two-match rest.

“Someone like Foakesy is a great person to push my game on,” Buttler added.

“I’ve watched him practise and he’s impressive, it’s fantastic to see how good he is. Competition for places is healthy and can drive people on and give people hunger to improve and perform. In all departments on this tour, there is a lot of competition. That has always been the hallmark of good sides, good players on the fringes and good players missing out.”

As for the idea of voluntarily giving up a place he has battled long and hard to win, first from Jonny Bairstow and then from Foakes, Buttler agreed that the current schedules and bubble environments demanded a more flexible approach.

“Looking at the year ahead there is a lot of exciting cricket but, as an employee of the ECB you have to give them a lot of credit for their forward thinking and looking after people’s mental health,” he said.

“They are trying to catch exhaustion or mental health issues before they even happen.

“The selectors and coaches and captains have spoken a lot about it not being ideal missing games for England. No-one likes to do that – because you don’t know exactly when you might get another one – but I think it has been very forward-thinking from the ECB in what is going to be an incredibly challenging year.”