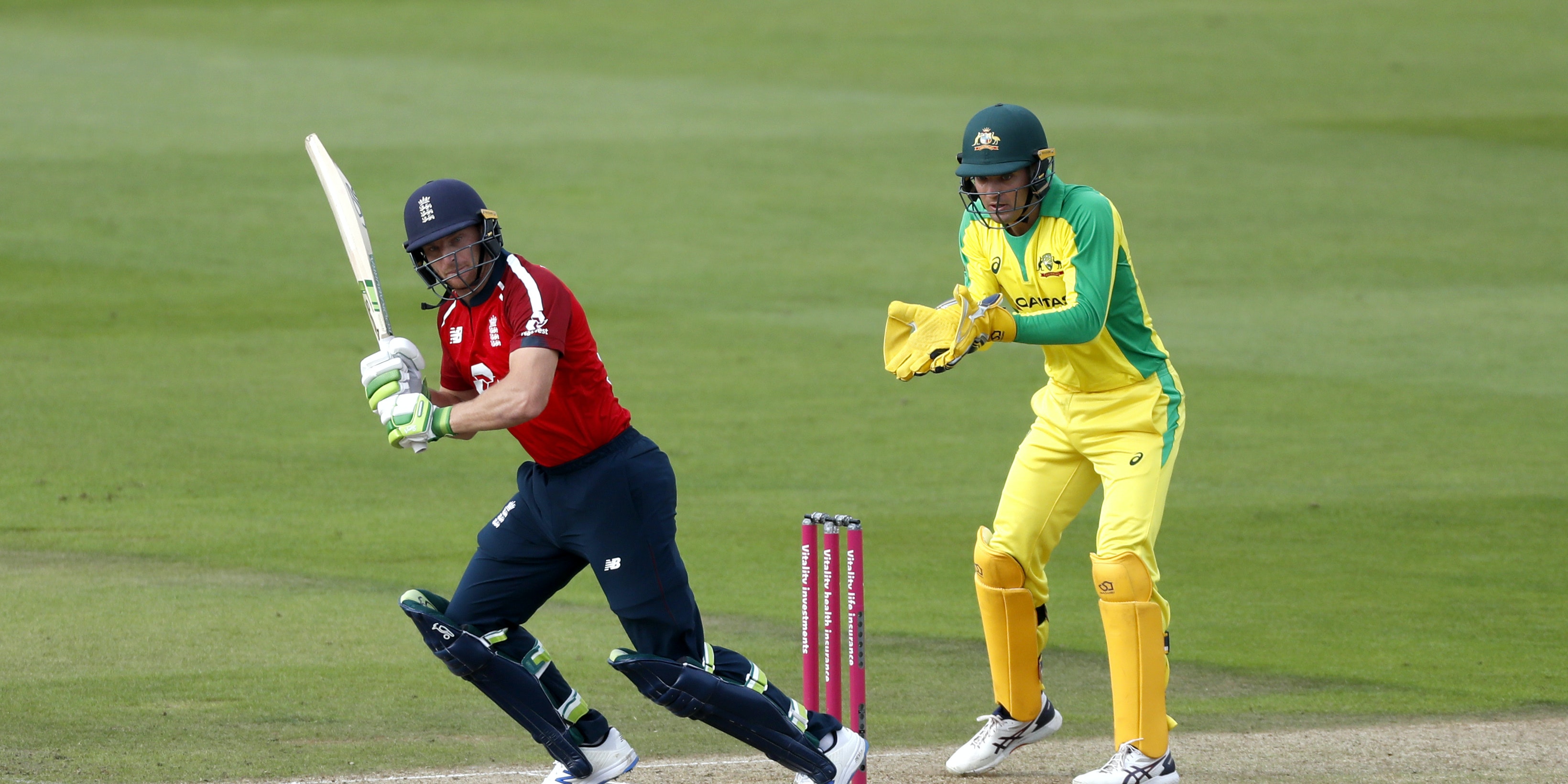 England can replace Australia at the top of the Twenty20 rankings with victory in the final match of the series on Tuesday, but Jos Buttler insists their focus is on being ready for next year’s World Cup.

An unbeaten 77 off 54 balls from the opener guided his team to a six-wicket win at the Ageas Bowl on Sunday which clinched the series.

If they complete a whitewash over the Aussies, Eoin Morgan’s men will be number one in both white-ball formats.

Going to the top of the rankings in 50-over cricket boosted England’s belief before they claimed World Cup glory last July and the next big tournament on the calendar is in India next October.

“It is not something we have really discussed as a side,” Buttler responded when asked about the chance to topple Australia in the T20 rankings.

“Certainly the 50-over tournament, the research told you the winner normally came from top two ranked sides in the world.

“If the same rings true for T20 then that is obviously a good place to be and we are building for that World Cup in a year’s time.

“We have been putting in decent performances now as a side and getting role clarity for guys and experience under people’s belt, which served us well planning for the 50-over World Cup.”

England would have been heading to Australia next month for the T20 World Cup, but the coronavirus pandemic saw that tournament put back by two years.

It means the 2021 T20 World Cup in India remains in its usual position, but will now be the first of back-to-back competitions in the sprint format.

Buttler a shoe-in to open at T20 World Cup

Buttler provided a reminder of why he should open in the tournament with a ninth fifty for England in the shortest format.

Dawid Malan achieved the next highest score with 44 to continue his fine form and ensure Australia’s total of 157 for seven was chased down with seven balls remaining.

Malan is one of several to have impressed this summer with Tom Banton staking a claim in the T20 series with Pakistan while Moeen Ali smashed 13 off six balls to help clinch a second straight win over Aaron Finch’s side.

Buttler, who carried his bat at the Ageas Bowl, added: “I think on those kind of wickets, it is much harder for guys coming in.

“Once you have taken a few balls and got used to the pace, it certainly becomes a lot easier for the guy in there.

“Having faced a lot of balls, I felt a responsibility to see the team home.

“A lot of credit to Moeen Ali, as the leg-spinner (Adam Zampa) came on he said he was happy to take this guy on and he played two great shots which really finished the game.”

Having faced 24 balls to reach 25, Buttler exploded during the next 30 balls and struck shots all around the ground.

It backed up a superb effort from England seamers – Jofra Archer and Mark Wood were both in the wickets and clocked over 90mph to reduce Australia to 30 for three and then 89 for five.

Fast bowler Mitchell Starc believes they will perform better in the key moments on Tuesday and in the three-match one-day series at Emirates Old Trafford which starts on Friday.

“Coming off five months of no cricket probably doesn’t help, but it’s not an excuse – we’ve had plenty of preparation here,” Starc said.

“I think there was still plenty of good stuff with bat and ball, we were just that little bit off which I think you get from playing cricket.

“You can’t really simulate international matches by having net sessions or centre wickets.

“T20 cricket is such a short game, I think those little moments we’ve let slip in games one and two have obviously cost us in the long run.

“Now that we’ve had two hopefully we can fix that for the third game then move onto the one-dayers and show that we’ve had a bit of game time and we can get those plans right and execute a bit better than we have.”