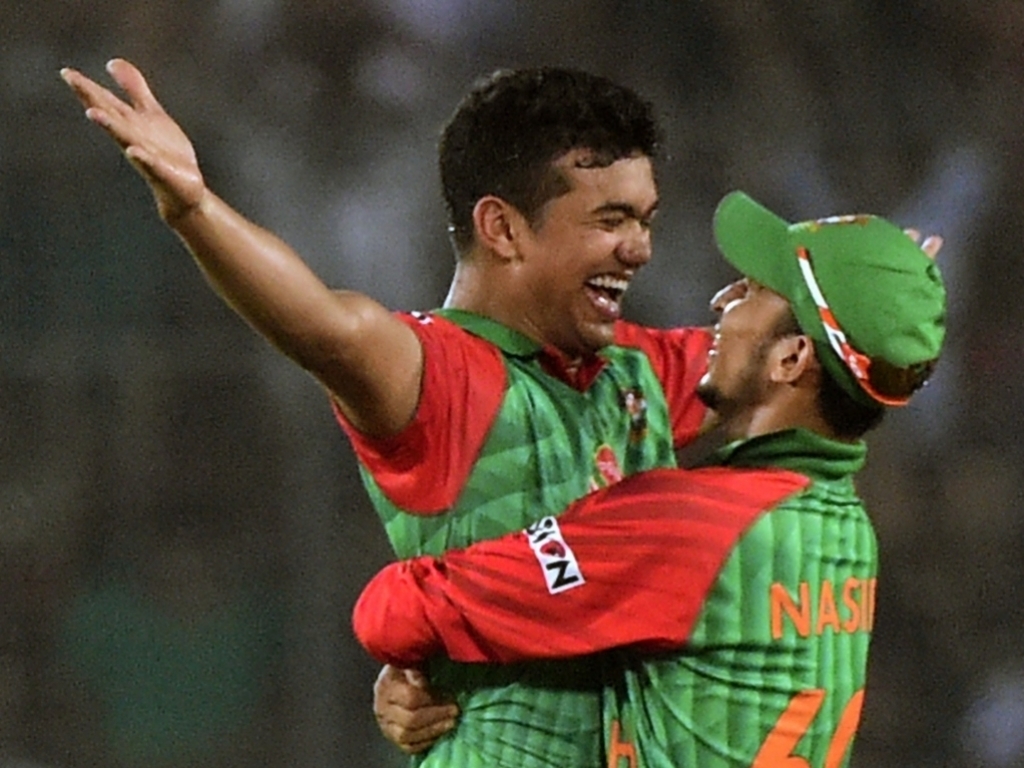 The International Cricket Council (ICC) announced that Taskin Ahmed's suspension from bowling in international cricket has been upheld, following a review hearing conducted by a Judicial Commissioner.

Taskin was reported as having a suspected illegal bowling action by the match officials in Bangladesh’'s opening match of the World Twenty20 against the Netherlands in Dharamsala on 9 March.

He undertook an independent assessment at the ICC-accredited testing centre in Chennai on 15 March.

This independent assessment found that some of Taskin's standard deliveries exceeded the permissible level of elbow extension and, as such, his bowling action was found to be illegal and he was suspended from bowling in international cricket with immediate effect.

Taskin exercised his right to request an expeditious review of his case by a Judicial Commissioner. The hearing was conducted on Tuesday by Michael Beloff QC over a tele-conference call that lasted several hours and in which numerous legal challenges were made on behalf of the player.

Having carefully considered those arguments and the responses of the ICC, Mr Beloff has now notified all parties concerned of his decision that Taskin's suspension from bowling in international cricket shall be upheld and indicated that a written reasoned decision will be provided in due course.

In the meantime, Taskin may, at any time following appropriate remedial work, apply to the ICC for a re-assessment of his bowling action, which shall be carried out in the same manner as the initial independent assessment.

In the event of such re-assessment concluding that Taskin has remedied his bowling action and that his elbow extension is within the permissible level on all of his standard deliveries, his suspension shall be lifted and he shall be permitted to resume bowling in international cricket.