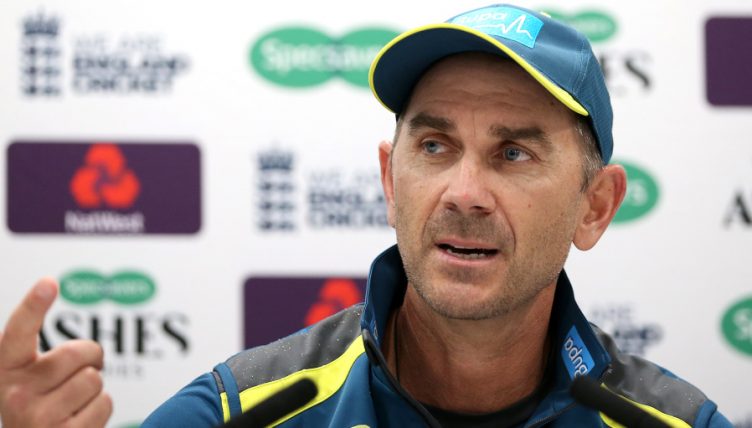 Australia coach Justin Langer has admitted that his batsmen must be focused and determined if they are to thrive in their upcoming battles with Jofra Archer, and revealed that a cautious approach in Archer’s first spell may be the way to deal with the rapid paceman.

England’s bowling attack made initial headway in Australia’s first innings – reducing the Aussies to 122-8 at one stage, but struggled to wrap up the first innings amid a Steve Smith and Peter Siddle-inspired partnership and faltered in the second innings with the attack feeling one-paced.

The home side’s seamers lacked top-end speed at Edgbaston, with Stuart Broad, Chris Woakes, Ben Stokes and James Anderson (albeit briefly) all operating in the low-to-mid 80’s in mph.

With Mark Wood ruled out for the entire series and Olly Stone suffering a back injury ruling him out until at least the fourth Test, England will be heavily reliant on Archer for a much-needed injection of pace.

Speaking in a pre-match press conference, Langer spoke of the dangers that Archer will present, while also hinting that seeing off Archer’s initial burst will be crucial in diminishing the Barbadian-born seamer’s threat.

“Hopefully our guys have got the answers whatever he (Archer) dishes up for us,” said Langer.

“Most of our guys have seen him in white-ball cricket. It’s up to the individuals, not so much our game plan against him.

“Our batters will be organised in their minds how they are going to face him, and the rest of England’s attack.

“It’s the same for everyone in Test cricket, keep wearing him down and get them into their second, third and fourth spells.”

Australia took a one-nil lead in the five-match series with England’s effectiveness with the ball severely hampered by the injury sustained by James Anderson, a fact that was not lost on Langer.

“We’re very aware England played without James Anderson, one of their best players, and we got lucky with him bowling only four overs in the match,” Langer said.

“So we know it’s different conditions, different pressures and we’ve got to be right for this Test match.

“We were really pleased to win the first Test, but we’ve come here to win the Ashes.”