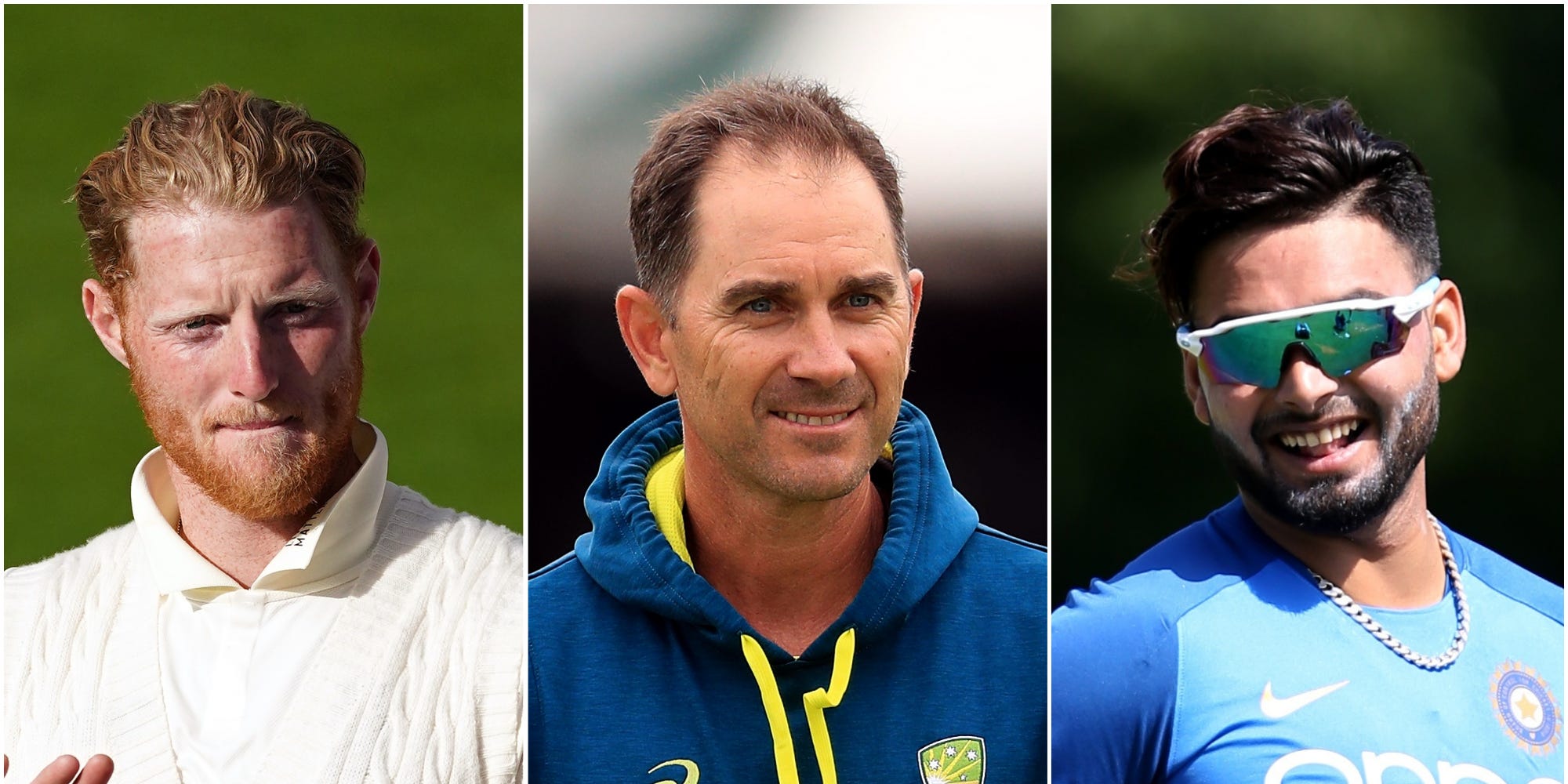 The 23-year-old hit an unbeaten 89 on day five to complete a remarkable recovery which saw India win the four-match Test series against Australia 2-1 despite losing the opener after being dismissed for 36 in Adelaide.

Set a record victory target of 328 to win at the Gabba in Brisbane, the tourists reached it with three wickets in hand and only 18 balls left to retain the Border-Gavaskar Trophy in a dramatic finale to a pulsating series.

Faced with an improbable run chase like Stokes and England encountered in the third Ashes Test before the all-rounder hit a match-winning 135 not out to secure a one-wicket win in Leeds, Pant was able to follow in his footsteps and end Australia’s unbeaten run at the Gabba stretching back to 1988.

“It was an amazing effort, Pant’s innings reminded me of Ben Stokes’ at Headingley. He came in, was almost fearless and he’ll be lauded because of it. It was an unbelievable innings,” Langer told 7Cricket.

“It was an incredible Test series. There is a winner and a loser and we didn’t come out today, but Test cricket is the winner. It has been magnificent.

One of Pant’s career highlights

“This is one of the biggest moments of my life now,” Pant said, quoted by espncricinfo.com.

“It’s been a dream series. The team management always back me and tells me ‘you are a match-winner’ and I keep thinking every day that I want to win matches for India and I did it today.”

Without captain Virat Kohli and a whole host of senior players, the tourists needed 324 more runs at the start of play after dismissing Tim Paine’s side for 294 on day four.

Player-of-the-series Pat Cummins snared Rohit Sharma cheaply on his way to four for 55, but it brought Cheteshwar Pujara to the crease and he was not prepared to give his wicket away without a fight.

Nathan Lyon ended his enterprising innings which included eight fours and two sixes and when stand-in skipper Ajinkya Rahane was caught behind for 24, the Indians could have been forgiven for shutting up shop.

Pant had other ideas though and, after Cummins pinned Pujara in front for 56 to bring his 211-ball vigil to its conclusion, the wicketkeeper continued to play with bravery.

Debutant Washington Sundar added a breezy 22 and helped take 11 off Cummins to kick-start India into action with time running out.

While Washington and Shardul Thakur departed in a dramatic finale, Pant was able to drive Josh Hazlewood to the boundary to seal a three-wicket triumph for India and end Australia’s long unbeaten run at the Gabba.

Rahane captained the side – after Kohli returned home following the first Test to be at the birth of his child – and praised the squad.

He said: “It really means a lot to us. I don’t know how to describe this victory. I’m just proud of all the boys, each and every individual.

“We just wanted to give our best, not to think about the result. When I went in the conversation between me and Pujara was Puji to bat normal and me to go for my shots, because we knew Rishabh and Mayank (Agarwal) were there.

“Credit to Pujara, the way he handled the pressure was magnificent, and Rishabh was brilliant in the end.”

Kohli took to Twitter to hail his team-mates, posting: “WHAT A WIN!!! Yessssss. To everyone who doubted us after Adelaide, stand up and take notice. Exemplary performance but the grit and determination was the standout for us the whole way. Well done to all the boys and the management. Enjoy this historic feat lads. Cheers.”

Defeat for Australia and Paine added to the disappointment of the third Test, where they failed to bowl out India for victory on day five.

After another final day to forget, the wicketkeeper conceded they need to review how they handle the pressure.

Paine said: “Absolutely disappointed. We came here to win the Test and win the series. It’s been a bit of a trend that we were found wanting in the key moments and completely outplayed by a tough Indian side that fully deserves the win.

“I think there’s lots of things we’ll look back at, but what’s done is done. We need to look forward now. There’s a big series in South Africa coming up. We’ve been outplayed by the better side in this series.”