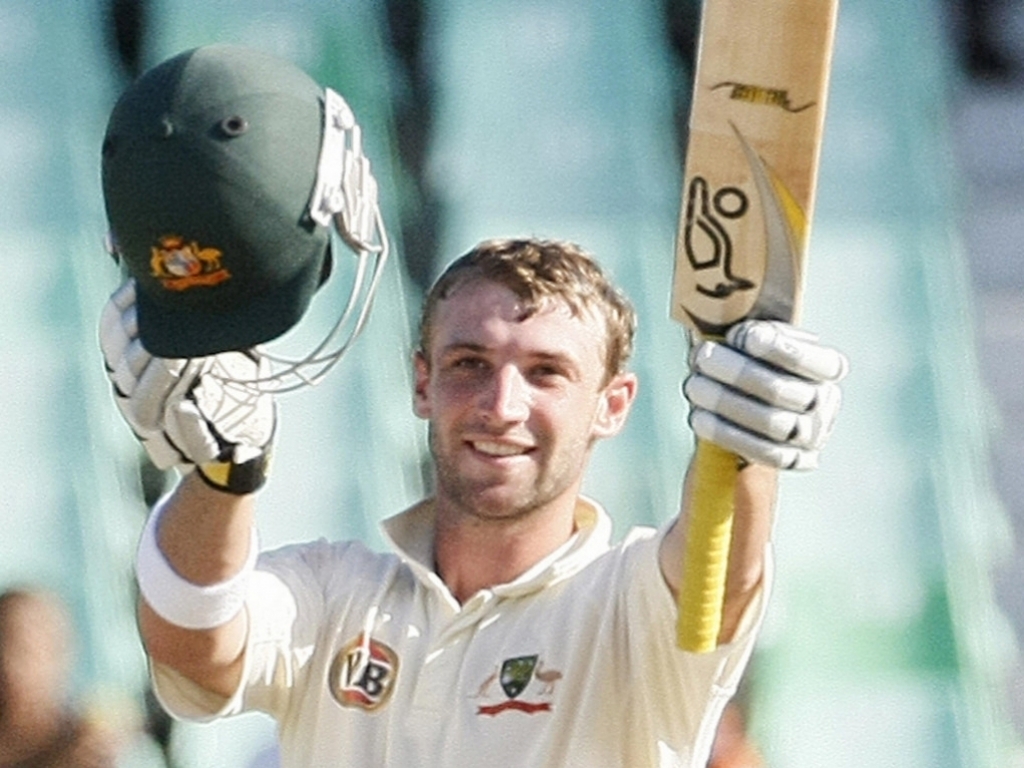 Former South Africa all-rounder Jacques Kallis has looked back to 2009, when a 20-year-old Phillip Hughes took the South African attack apart and scored two tons in one Test, in his debut series.

Kallis was reflecting on that match, where after getting out for a golden duck in his maiden innings the game before, Hughes came back to score 115 and 160 at Kingsmead. The all-rounder also commented on how well-liked Hughes was by the Proteas.

Kallis wrote on the CA website: "Philip made a stunning start to his Test career when he scored a century in each innings against us in Durban and made a mockery of our game plans against him.

"He spent about ten hours happily slapping all the bowlers over gully while we thought we would have him caught in the slips. He earned our total respect.

"Nothing we bowled at him or said could shake his concentration, and it soon became clear that he was a bloody good bloke off the field, too.

"The irony (of being hit by a bouncer) is that he played the short ball so well. He was aggressive and counter-attacked, often with great success, certainly when he played against us."

Kallis went on to say that every sport had its dangers, and one assumed that risk going in, but he was shocked that a death resulted from cricket, given how comparatively safe the sport actually is.

He added: "Compared to many other sports cricket is a safe game but that doesn't mean we should not try to make it safer. But the bouncer always has been and always will be an intrinsic part of the game, both for the bowler and the batsman.

"Like so many other players, I feel for Sean Abbott who bowled the final ball to Phil. Once the shock has begun to subside, I trust he will be able to recover and resume his career.

"Cricket's version, I suppose, is the bouncer, but I never, ever thought I would see the day when it would claim the life of an international player."