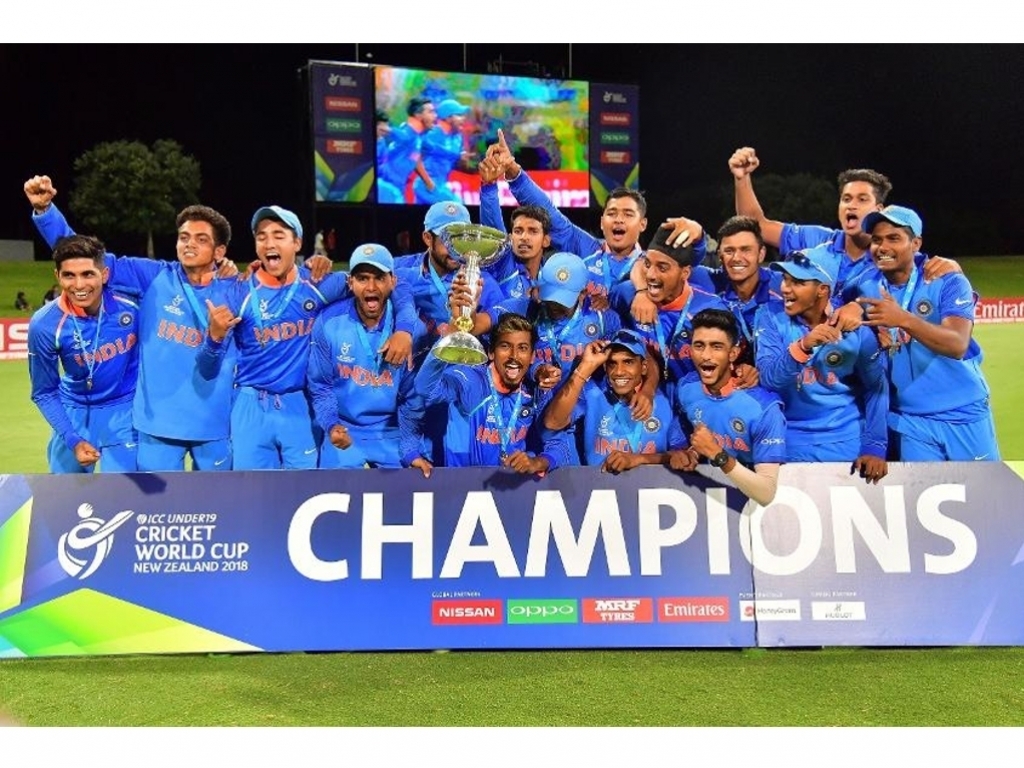 It’s not saying much, but India were pushed closer in this game than they had been throughout the tournament.

All the talk pre-match had been about India’s soft middle order, thus far protected by their steely top. Australia managed to penetrate it, but thanks to Kalra’s cool head, India cruised to victory. Had he been dismissed it could have been very different.

It was an innings checkpointed by big hits, kickstarted by a mammoth over long on from a free hit, and the result effectively confirmed when legspinner Lloyd Pope was deposited onto the banks. But it was more an innings of sensible accumulation than belligerent ball striking.

He appeared entirely unflustered, the only emotion betrayed when he nudged the single which took him to his century and levelled the scores. Harvik Desai, who’s pressure-relieving 47 deserves not to be forgotten, finished things off a ball later to spark delirious celebrations. 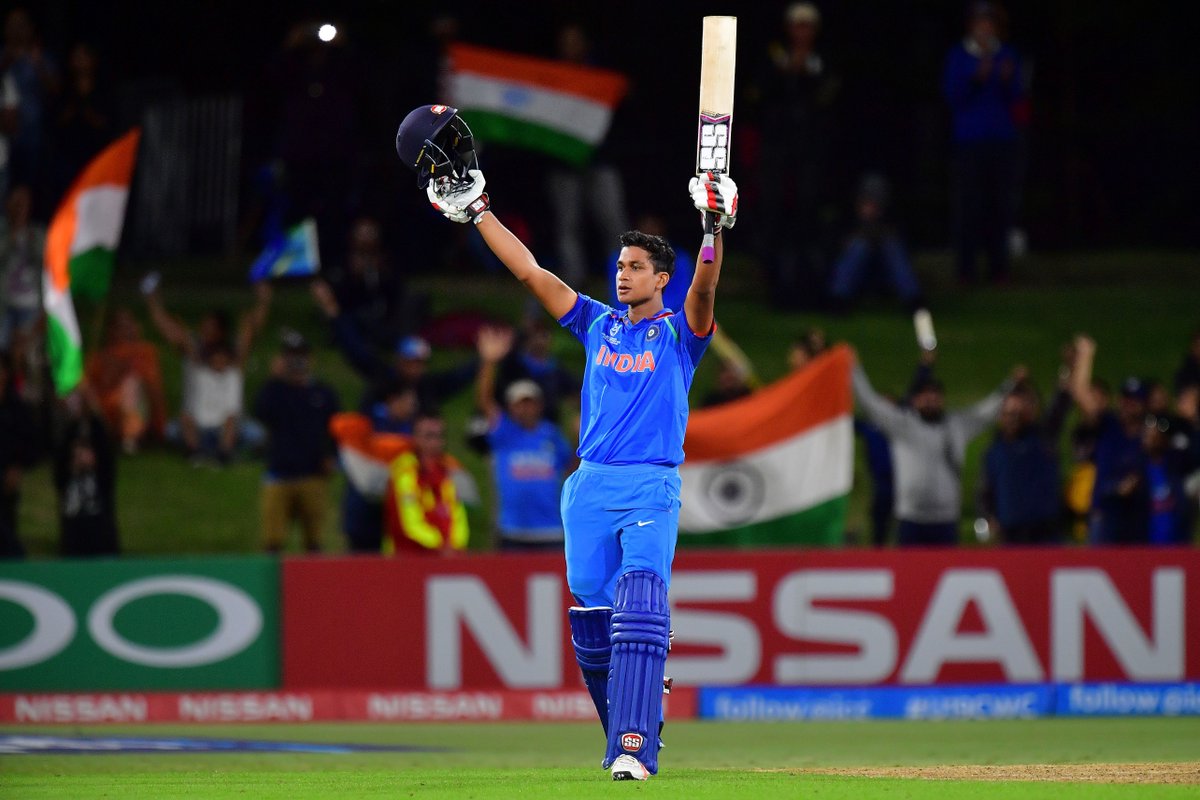 Comfortable though it was in the end, Australia did push India harder than any other team so far, and for periods of the first innings, which swung back and forth, India were truly under pressure, with Jonathan Merlo’s vital 102-ball 76 had defying them through the middle overs.

It wasn’t something they were used to, but they responded superbly between India, crucially grabbing the impetus in the final overs as Australia lost their final six wickets for the addition of just 33 runs.

Asked to field, India seemed a bit nervous in the early stages. Max Bryant was dropped on four off admittedly a tough chance.

Harvik Desai had butter fingers behind the stumps – he dropped three chances in all – and there were a couple of overthrows that saw them needless concede runs, all of which allowed Australia to get off to a good start in front of a buzzing crowd at the Bay Oval.

Bryant rode his luck while Edwards muscled his way around the field, and after five overs Australia had 32 on board, with the usually reliable Shivam Mavi conceding 12 runs in an over. 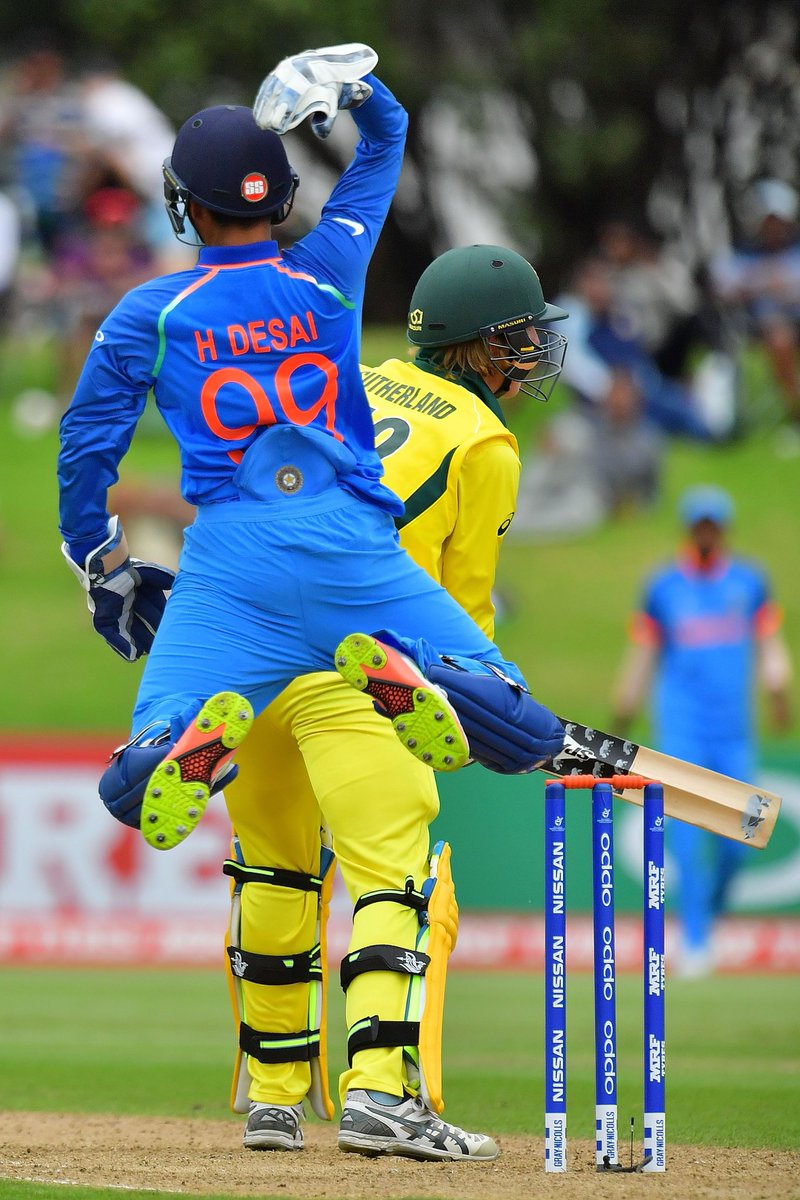 Ishan Porel then got the breakthrough for India, Bryant slashing one straight to point.

The Indian pacemen took the window to get back into the game, with Porel getting Edwards dismissed for 28 before Kamlesh Nagarkoti had Jason Sangha (13) caught behind. With Australia 59/3, India were well ahead.

Merlo and Param Uppal then got together to revive the innings.

It was an excellent partnership while it lasted, the batsmen ensuring the Indian spinners – Anukul Roy, Shiva Singh and Abhishek Sharma – didn’t run them ragged. In fact, they kept the runs flowing, threading the gaps and prompting Prithvi Shaw, the Indian captain, into a slightly defensive field.

Merlo was a study in contrast, relying on unorthodox strokes to deal with the turning ball.

He did that effectively though, playing 14 sweeps and reverse sweeps that yielded 22 runs.

The partnership eventually was broken by Roy, who had Uppal mistiming a nurdle to square leg, forcing a leaning edge back to the bowler. It was a crucial breakthrough. 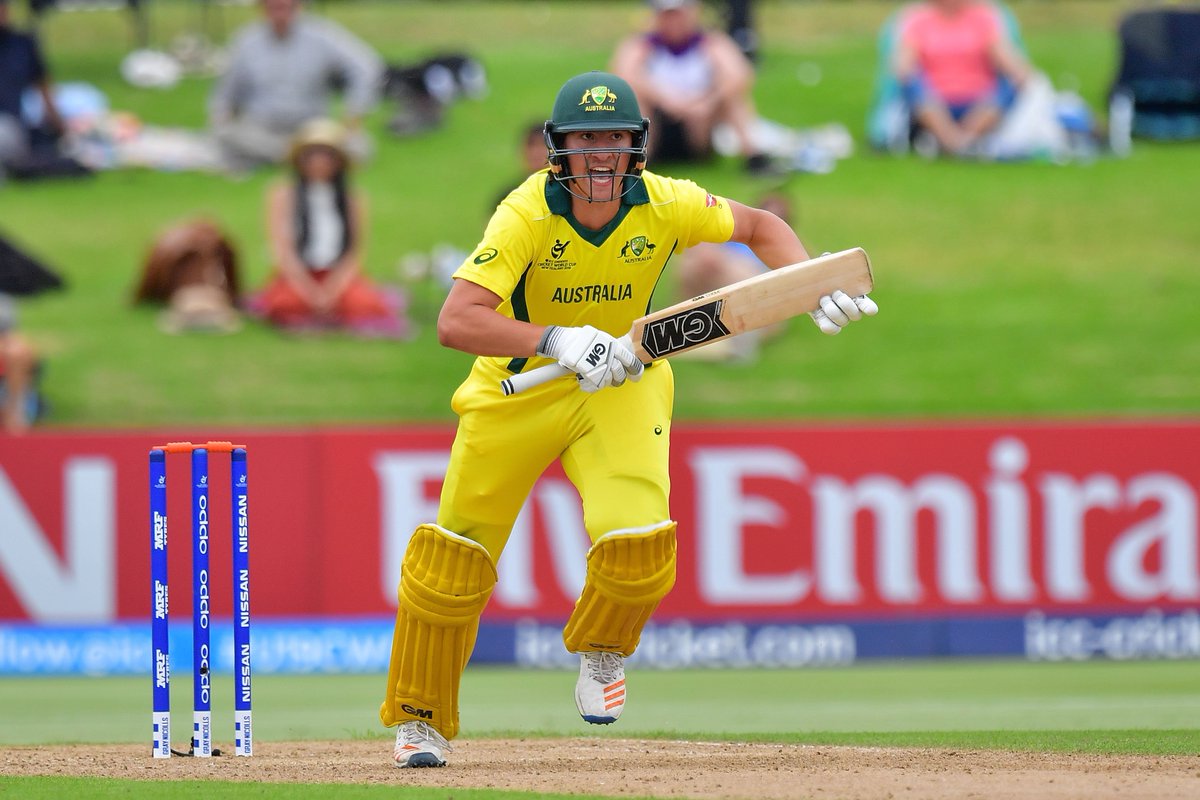 Merlo shouldered most of the run-scoring responsibilities thereafter, bringing up his half-century off just 60 balls.

He added 49 with Nathan McSweeney, who pushed a few around and struck a couple of boundaries to score 23. Shiva had him chipping one back thereafter, and with Will Sutherland’s stay in the middle lasting just eight deliveries, Australia were 191/6 in the 42 over.

Sensing a need to attack, Merlo decided to go for his shots but an attempted reverse slog-sweep found more height than distance, but his was a fine effort, and a significant Aussie support applauded him warmly as he walked back in. India didn’t take long to nip out the tail.

India lingered in the field after the innings, walking back only after a passionate group huddle.

They seemed primed for the chase, their second highest in an ICC Under 19 Cricket World Cup.

Their highest also came in a Final, and also against Australia, in 2012.

Perhaps it’s a trait to thrive on the occasion and the pressure. They, and Manjot Kalra, certainly thrived.