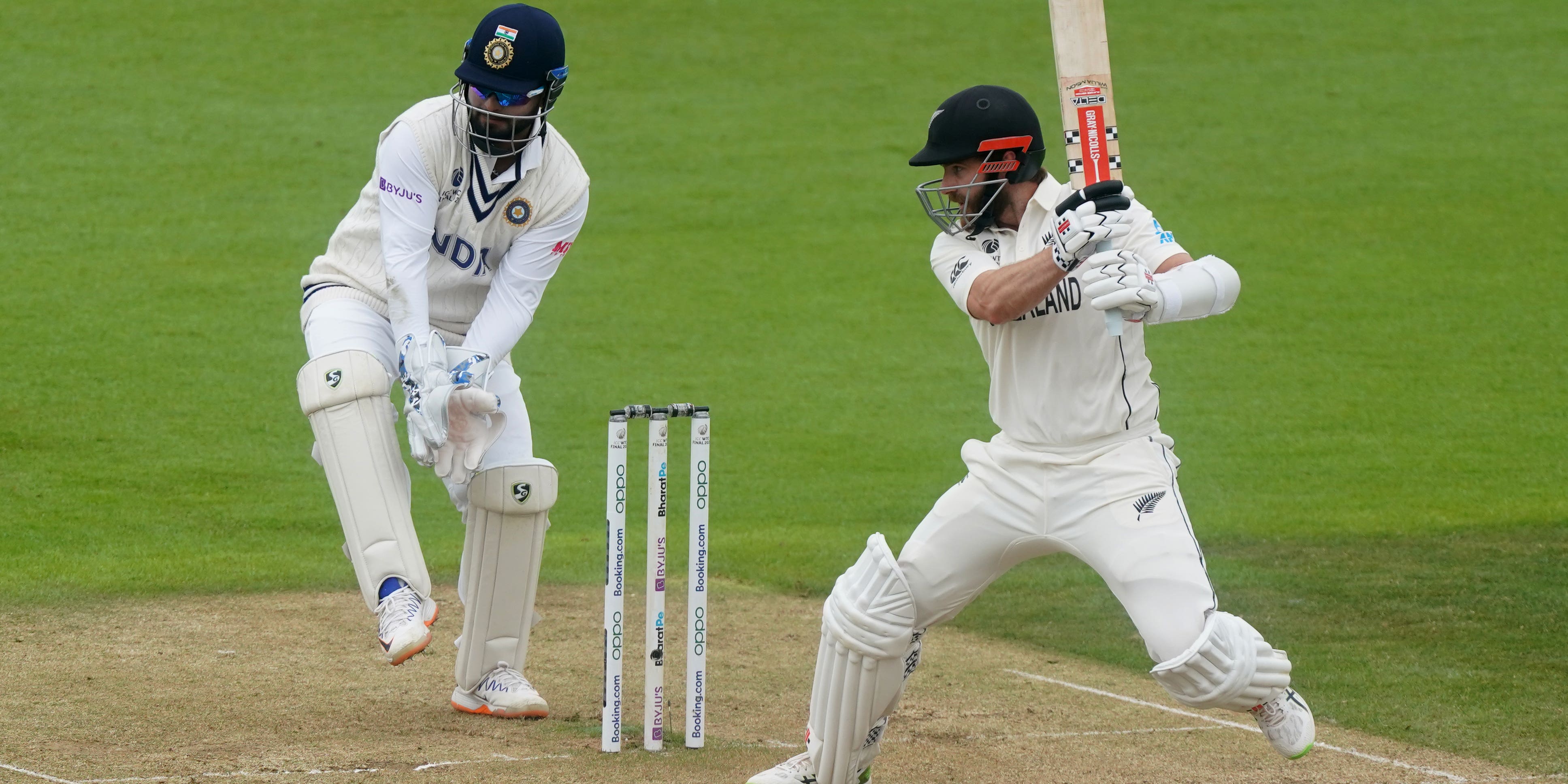 With two full days already lost to rain, and further time claimed by bad light, the International Cricket Council confirmed on the fifth afternoon that a reserve day had been activated, giving some hope of a positive conclusion to the old format’s inaugural showpiece.

Kiwi captain Williamson had been in no mood to speed the game along, playing with remarkable restraint in an innings that stabilised his side’s position in the match while in the process serving to rob the occasion of some much-needed momentum.

But by the time he was eighth man out for 49 he had ground his way through 177 deliveries and nudged his team marginally ahead of India’s 217.

Some freer hitting from tail-enders Kyle Jamieson and Tim Southee took the Black Caps to 249 all out, a lead of 32, at the tea break.

Play began an hour late due to yet more Southampton drizzle and, when New Zealand resumed on 101 for two, Williamson and Ross Taylor dropped anchor to score just 16 runs in a wicketless first hour.

Despite taking more time out of the game, the progress was so slow that it left New Zealand vulnerable to a quick shift in fortunes and India’s seamers finally got some overdue rewards as they took three wickets in 7.1 overs.

Mohammed Shami was the key man, capping some wonderful swing bowling with two scalps: Ross Taylor pushing an aerial drive to Shubman Gill at short cover to finally end the long third-wicket stand, before BJ Watling lost his middle stump to a beauty.

In between, Ishant Sharma landed his own blow from round the wicket, with Henry Nicholls feeling for contact and edging to the cordon. Rohit Sharma took matters into his own hands, throwing himself in front of Cheteshwar Pujara to pouch the catch.

After only 34 runs in the morning session, things accelerated between lunch and tea with 115 scored for the loss of the last five wickets.

Shami added the scalps of Colin de Grandhomme and Jamieson, the latter with a sparky 21 including one towering straight six, but it was Ishant Sharma who finally got the better of Williamson.

Nearly five hours of firm refusal ended tamely, with a waft away from the body and a simple slip catch. Spinners Ravichandran Aswhin and Ravindra Jadeja belatedly joined in to see off Neil Wagner and Southee, who smashed a couple of sixes and a four before playing on.