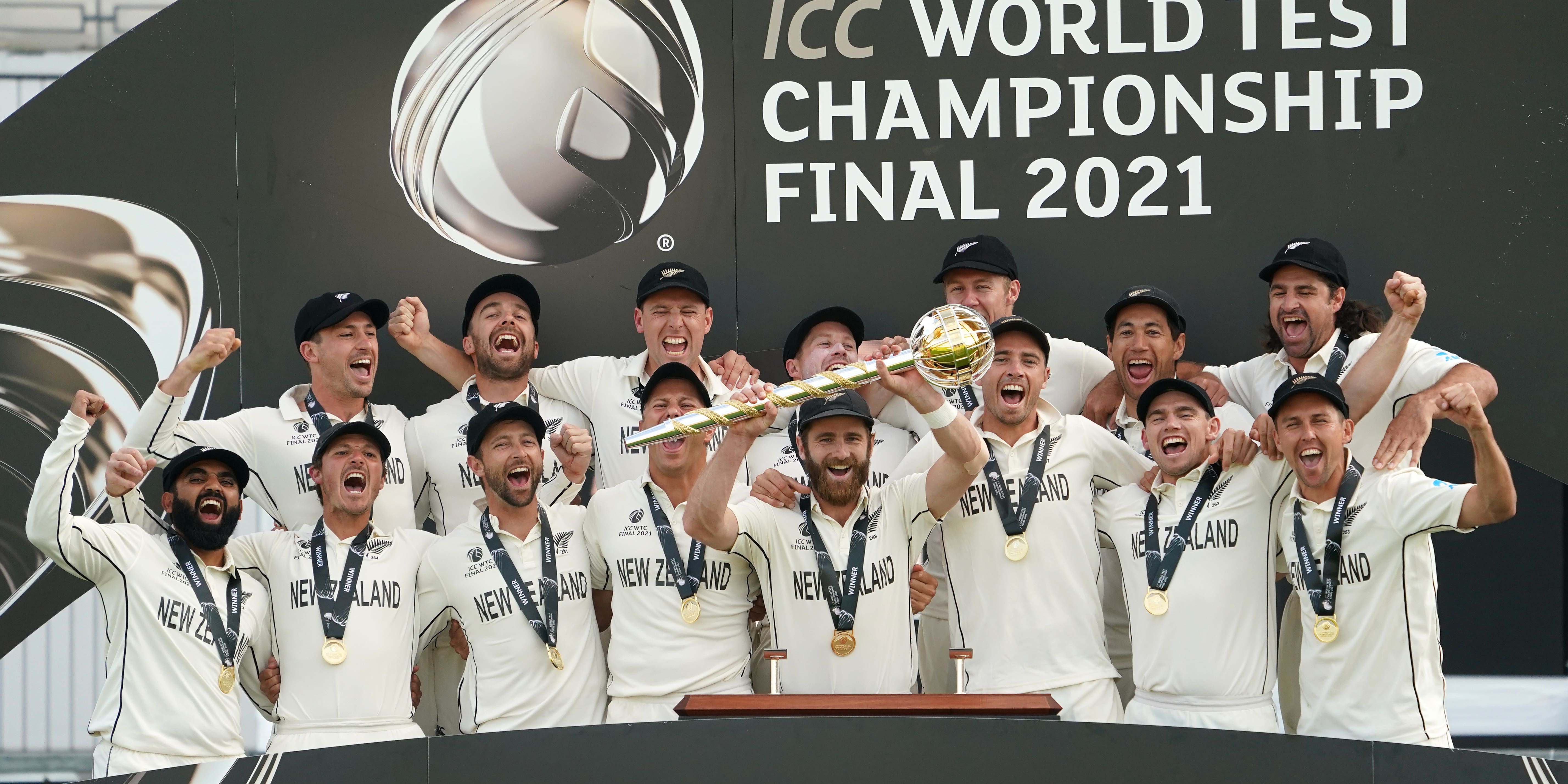 Kane Williamson promised New Zealand’s victory over India in the first ever World Test Championship final would be “celebrated and remembered” as a tribute to teamwork.

Williamson knows from bitter experience what it is like to fall short on the biggest stage, twice finishing as a runner-up in back-to-back 50-over World Cups in 2015 and 2019.

But over the course of six days at the Ageas Bowl, the Black Caps proved they are currently a class apart in red-ball cricket.

They are already ranked as world number one by the International Cricket Council but in a fiercely contested showpiece against their closest rivals, they went from perennial bridesmaids to beaming brides with an eight-wicket win at the Ageas Bowl.

Williamson was front and centre, topping the run charts in a low-scoring match as he hit an unbeaten 52 in a match-winning stand of 96 with the vastly experienced Ross Taylor, who made 47 not out.

But New Zealand’s victory is the sum of many parts – from player of the match Kyle Jamieson, a newcomer in just his eighth Test, to seasoned campaigners like Tim Southee, Trent Boult and the freshly retired BJ Watling.

“This is a very special feeling and one we haven’t had before, the first time we’ve come away with a world title,” Williamson said.

“We’ve had a couple of close ones so it’s nice to get one under our belt. It’s a special achievement and one that will be celebrated and remembered.

“For us, we know we don’t always have the stars, we rely on a few other bits and pieces to stay in games and be competitive. All results were on the table here, it was just great to see the heart our team showed to get across the line.

“There are 22 players we have utilised through the last two years to get to this point, they all played a big part, and also the support staff as well as the blokes involved in this match.”

Jamieson, who returned match figures of seven for 61 to continue his dazzling start to life as a Test player, set the result in motion early on the final morning when he removed India captain Virat Kohli for the second time in the match.

He had yet to make his debut when the WTC calendar started but has since taken 46 wickets at an average of 14.17 to announce himself as one of the game’s brightest prospects.

“We knew we had a big first hour coming up and we were hopeful things would pan out our way. It was nice to have the ball in my hand first up and play a part to try and get this game moving.”

Kohli was statesmanlike in defeat, throwing his peerless star power behind the WTC innovation and predicting it would have a positive impact on shoring up Test cricket.

“It’s great for the game,” he said at the post-match presentation.

“Test cricket is the heartbeat of international cricket and this will help Test cricket feel exciting. Every team is going to go for the result, like we saw today. It’s a great move by the ICC and it’s going to get more and more exciting from here.

“Big congratulations to Kane and his whole team. They thoroughly deserved it.”