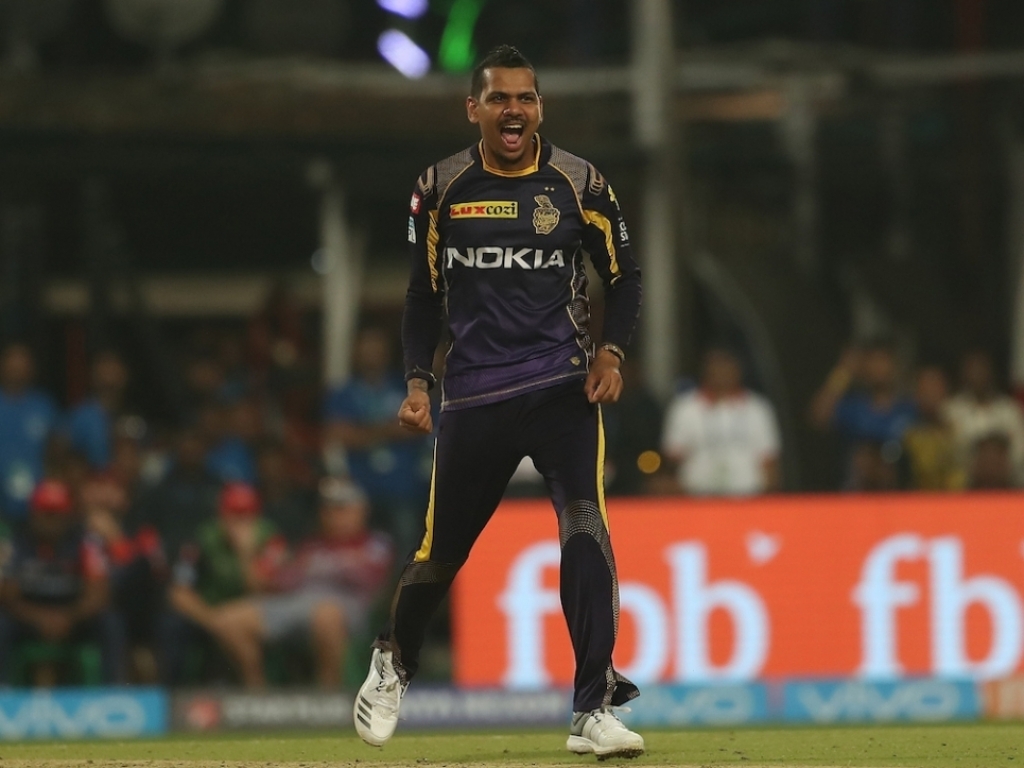 Both tweakers bagged three wickets as the home side defended their total of 200 for 9 to move second on the Indian Premier League table.

The victory was set up by the power hitting of Andre Russell and a solid fifty from Nitish Rana but it would be the spinners who finished off the Daredevils challenge.

Speaking after play Karthik said: “At the end of the day, a win keeps you happy. Feels good. Touch wood. This is the kind of day you make the moves and they work out.

“I think the wristspinners are picked in the IPL for a purpose. They’re doing a good job for us, they’re top quality spinners.

“Days you don’t win you sleep and wake up with a lot of thoughts. It’s something I’m getting used to. You’ve got to try and separate your batting and captaincy and do the job.”

Sunil Narine who also opened the batting for KKR, though he didn’t come off on Monday, feels that he isn’t quite at his best yet with ball in hand.

A former number one ranked ODI bowler Narine has struggled with injury and the remodeling of his action.

Narine said it was surreal to see former KKR skipper Gautam Gambhir line up against the team he led last season.

He added: “It felt a little weird knowing Gambhir was on the opposite side. But that’s the way cricket works. I think I’m slightly different to an ordinary spinner but I think it’s based on accuracy. Try to do new things and hopefully it works in the game.”