Karunaratne: I bat better under pressure 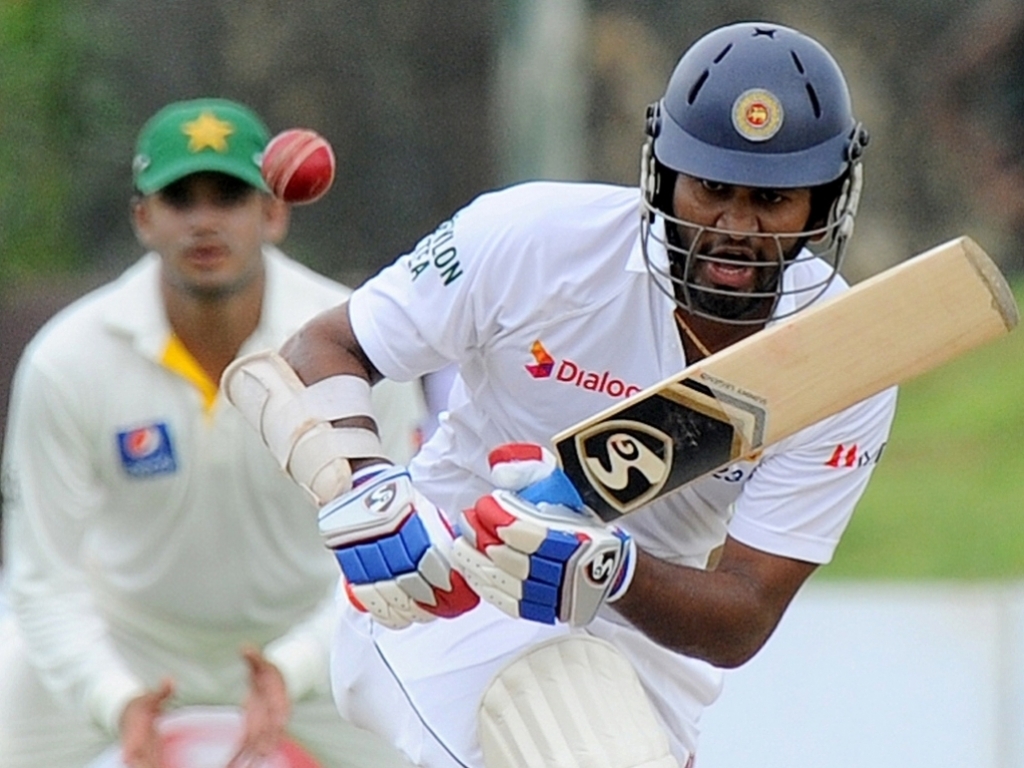 After scoring a century on the first day of the third and deciding Test against Pakistan, Sri Lanka opener Dimuth Karunaratne feels he is at his best when the team is under real pressure.

Karunaratne virtually carried his bat, he was sixth man out, and scored 130 off 230 balls as Sri Lanka reached stumps on 272 for eight at the Pallekele stadium.

Wickets were tumbling all around the left-hander and he received no real support from his the rest of his team, the next highest score was 46.

Karunaratne said after the day's play: "The way I see it, maybe I bat better under pressure. When there is a target, or there is something concrete to be achieved, maybe I take more responsibility.

"I have played a few more loose shots in the first innings, because there's no concrete goal. Maybe I was too casual. Even when I was going to school, I liked those concrete situations better.

"In the big matches, I preferred to chase, and I've taken responsibility in those situations."

The series is currently locked at one-all after both teams achieved convincing wins in the each of the last two Tests.