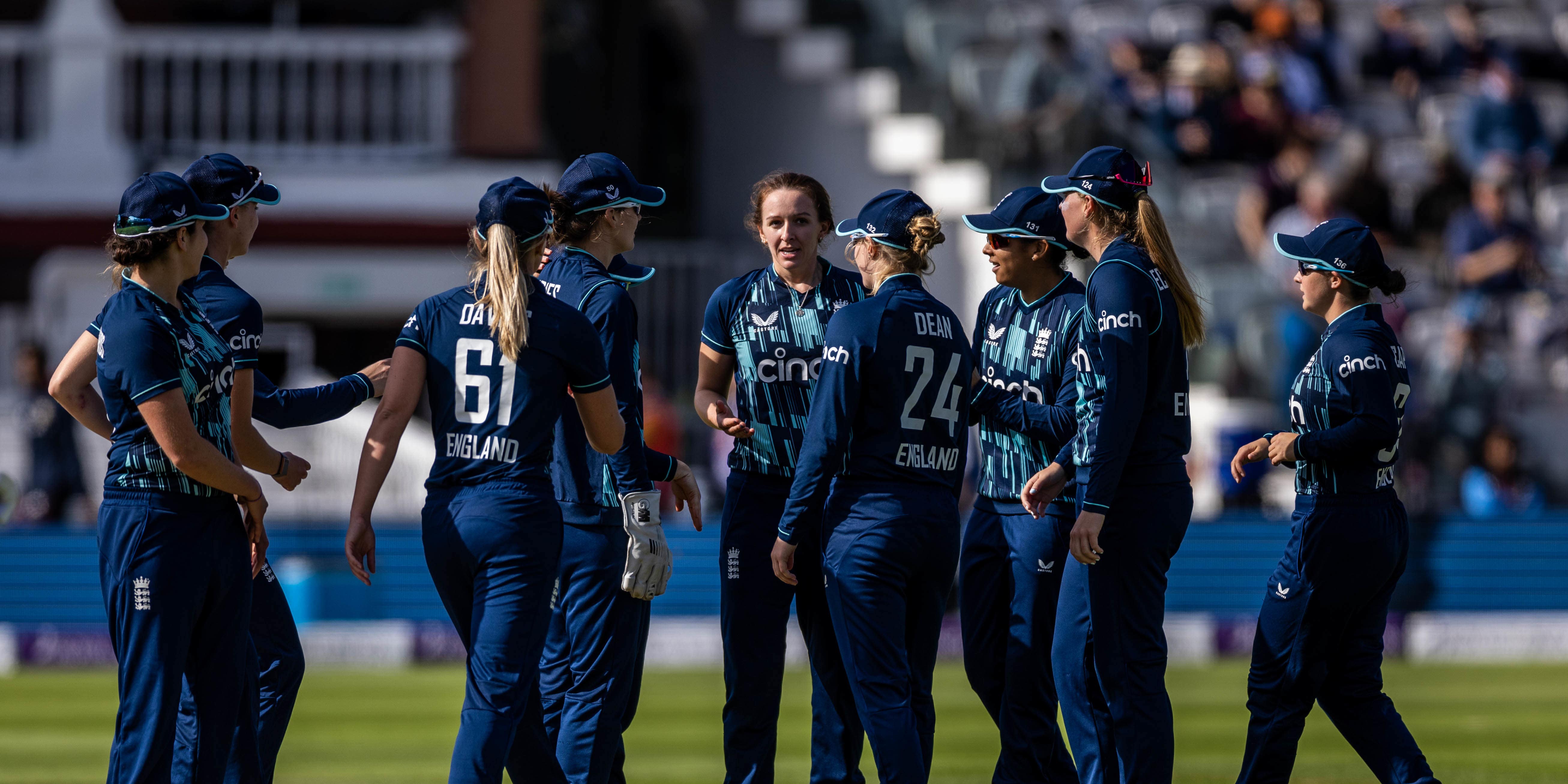 England seamer Kate Cross has called for a “wishy-washy” run-out regulation to be clarified following Saturday’s controversial loss to India.

India secured victory in the third one-day international at Lord’s when spinner Deepti Sharma stopped in her delivery stride to run out Charlie Dean as she ‘backed up’ at the non-striker’s end in readiness to run.

This rare form of dismissal – known as a ‘Mankad’ after the Indian cricketer Vinoo Mankad who first enacted it – is legitimate but is widely considered to be unsporting.

The law covering it states that the non-striker is “liable to be run out” if they have left their ground before the bowler “would normally have been expected to release the ball”.

However, many believe it to be contrary to the ‘spirit of cricket’, the preamble to the laws of the game that advocates a notion of fair play but is open to interpretation.

There has traditionally been an unwritten convention that a bowler should warn a batter with a tendency to back up too far that they could run them out.

Cross, who took four for 26 in the 16-run defeat that saw England lose the series 3-0, would like to see all these issues more clearly defined.

Cross told the BBC’s No Balls podcast: “What I think has come of it, which happens a lot in these scenarios when there’s a big thing to talk about, is that the rules aren’t quite written correctly to make it clear.

“I think what needs to happen is there needs to be more clear words on the rules because it’s quite wishy-washy, and it’s all opinion of where the bowler might be bowling.

“I think there needs to be the warning moving forward and they need to clear up the rules on where the front foot lands, or where the bowler is bowling from. Just make it really clear.”

For its part, the MCC, the guardian of the laws of cricket, has said the game on Saturday was “properly officiated”.

A statement added: “MCC’s message to non-strikers continues to be to remain in their ground until they have seen the ball leave the bowler’s hand.”

This comes after the MCC announced earlier this year that the regulation concerning this form of dismissal would be moved from the unfair play section of the laws to the run-out section.