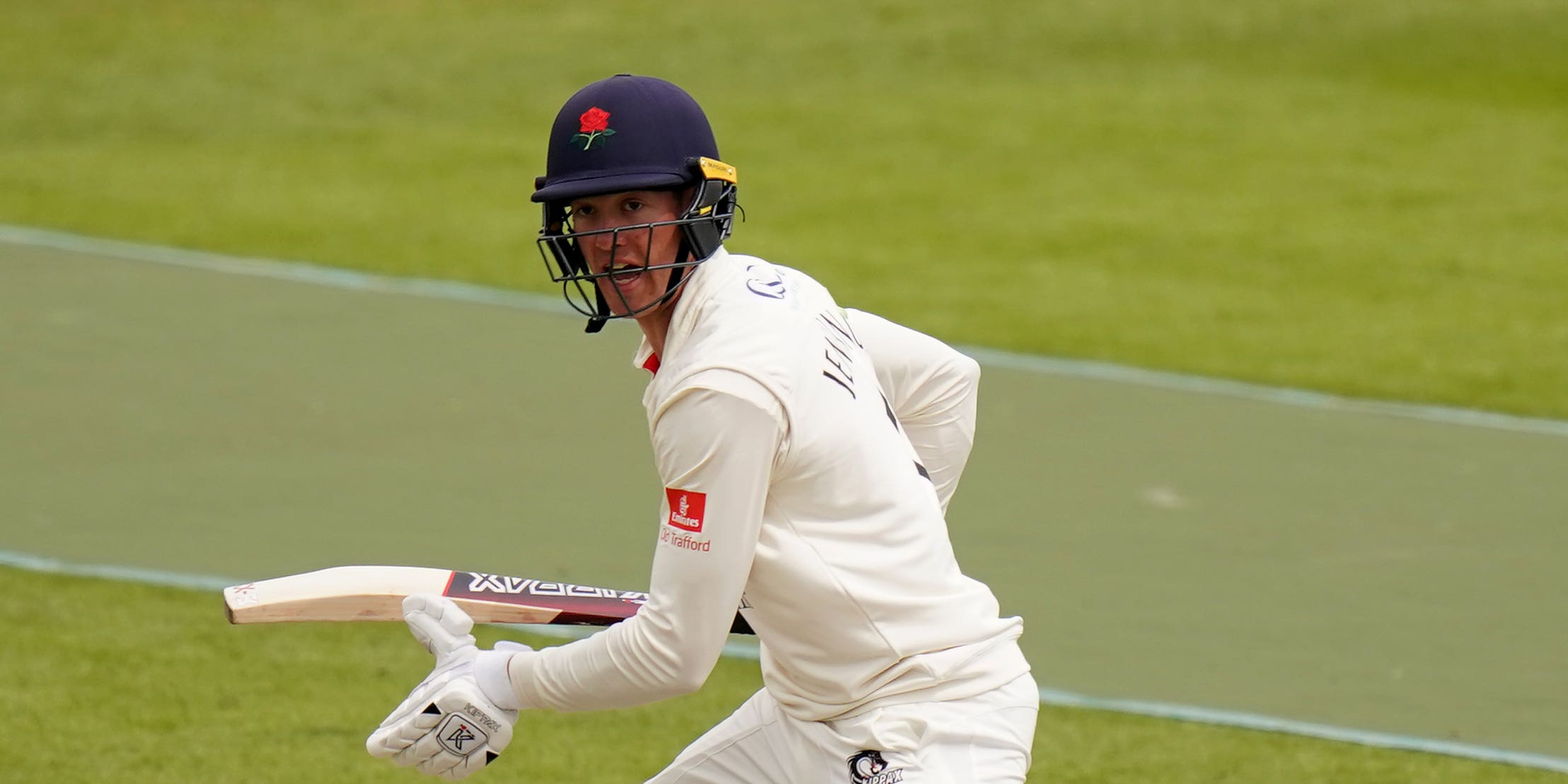 Keaton Jennings became the 13th Lancashire player to score two Roses first-class centuries in a season as the visitors enjoyed a dominant opening day against Yorkshire at Emerald Headingley.

Jennings shared 163 for the first wicket with Alex Davies, who made a season’s best 84, as the Red Rose called Yorkshire’s decision to bowl first into question by closing day one of the LV= Insurance County Championship Group Three fixture on 273 for two from 96 overs.

Jennings scored 132 off 253 balls with 15 fours and a six, following his 114 in May’s victory at Emirates Old Trafford.

Sussex reduced a Kent side hit by a COVID scare to 69 for five on day one of their match at Canterbury, leaving them 112 behind the visitors’ first innings score of 181.

Jamie Atkins took three for 21 and Ollie Robinson two for 21, as Kent’s makeshift top order failed to build on their best red-ball bowling display of the season. 19-year-old debutant Jas Singh took four for 51 and Harry Podmore three for 49, while James Coles was Sussex’s top scorer with 36.

Singh was only selected after a positive PCR test forced 14 members of Kent’s first-team squad into isolation.

Honours were even in the match between Glamorgan and Northamptonshire when rain stopped play 64 minutes into the afternoon session.

The predicted rain finally arrived at Sophia Gardens after 44.5 overs with Northamptonshire 128 for four. Timm Van Der Gugten led the way for Glamorgan with three for 35 from 13 overs.

James Hildreth scored a century in a hard-fought Somerset score of 280 for six in their Group Two match against Surrey at the Kia Oval.

Hildreth (107) was well supported in a fourth-wicket stand of 144 in 50 overs by Lewis Goldsworthy, whose gritty three-hour 48 occupied 145 balls.

Gloucestershire and Hampshire, second and third in the group respectively, played out an even first day in their winner-takes-all contest, with the home side making 214 for six before rain took out 30 overs.

Miles Hammond and George Scott shared 61 for the opening wicket but the innings then stuttered to 173 for six before Jack Taylor, with 34 not out, and Ollie Price, unbeaten on 18, came together.

Sam Robson’s first century since the season’s opening day gave Middlesex the early advantage in their clash with Leicestershire at Merchant Taylors’ School.

In Group One, Nottinghamshire made a solid start to their clash against Durham, finishing day one 312 for nine after being inserted by the hosts at Emirates Riverside.

Ben Slater (60) and Liam Patterson-White (66 not out) scored half-centuries, while Joe Clarke added 48 for the visitors.

Chris Rushworth and Ben Raine led the way for Durham, taking three wickets apiece, and Matt Salisbury added a couple, but Scott Borthwick’s men were not able to inflict the damage they would have hoped after opting to bowl on home soil.

Pieter Malan struck his maiden century for Warwickshire on the opening day of the derby with Worcestershire at New Road.

South African Malan (141) and England opener Dominic Sibley (80) laid the foundations for the visitors to post a substantial total in the battle to finish in the Group One top two with a second-wicket stand of 220.

An early close of play saw Warwickshire at 245 for four from 77.4 overs.

Essex kept alive their faint hopes of qualifying for Division One by exploiting Derbyshire’s brittle batting on day one of their match at Derby.

Shane Snater took three for 45 and Jamie Porter, Simon Cook and Jimmy Neesham each took two wickets as Derbyshire were skittled for 146 after electing to bat, with only Leus Du Plooy offering any prolonged resistance with 43 from 91 balls.

They hit back with Fynn Hudson-Prentice taking two wickets as Essex closed on 86 for three, 60 runs behind.