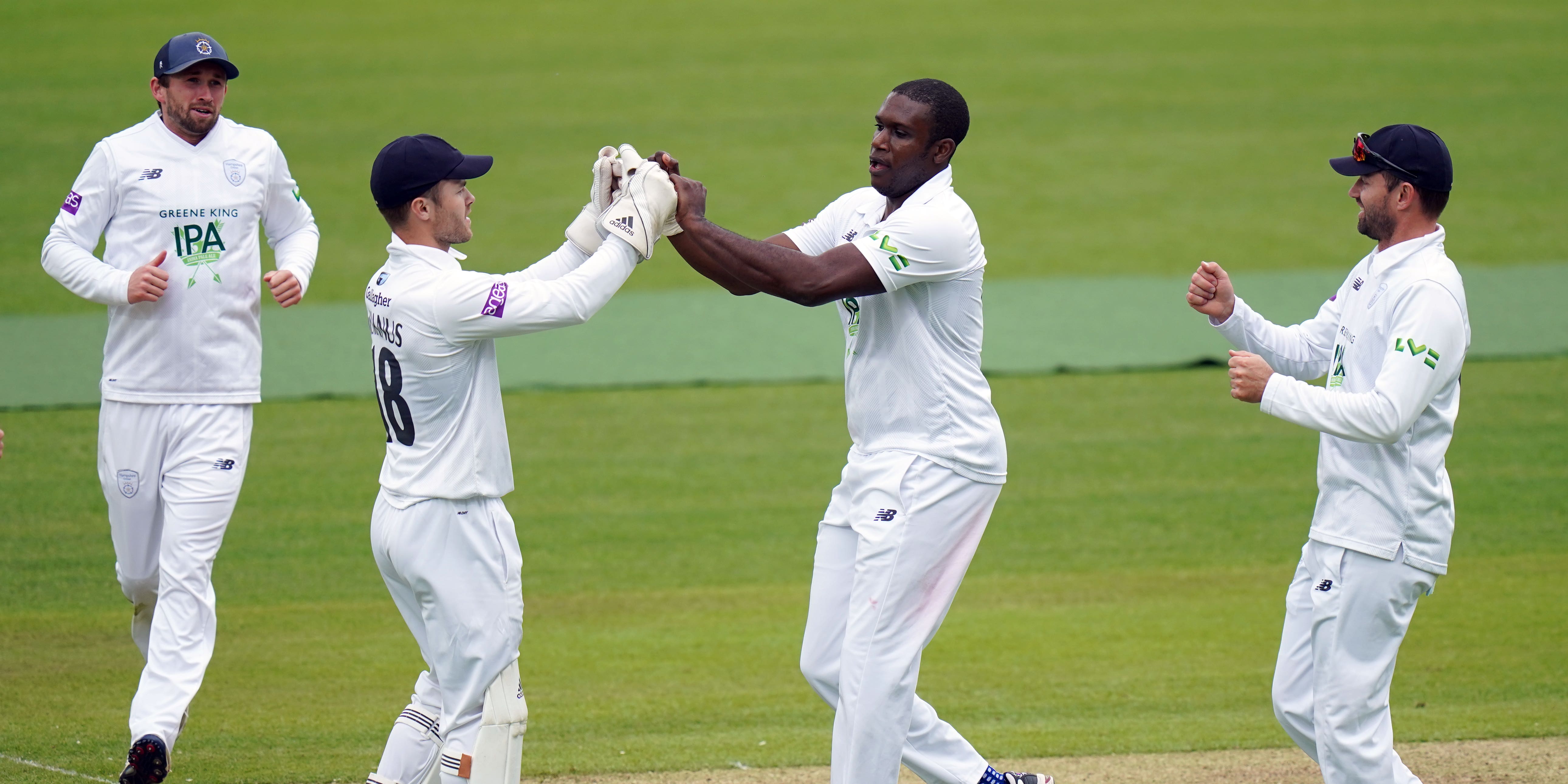 Barker returned an impressive 84 – his highest score for the county – to secure a valuable lead of 36 as Hampshire stretched their first-innings total to 208.

The 34-year-old then chalked up a 50th red-ball wicket for Hampshire as Middlesex fell to 101 all out inside 30 overs, with Kyle Abbott claiming another five-for to take his own match tally to 11 for 85.

Hampshire were left chasing a modest target of 66. Although rain intervened, there was still enough time to get over the line, despite Tim Murtagh taking two wickets, as opener Ian Holland made 22 and Sam Northeast finished 18no.

In Group 1, centuries from Will Young and Jack Burnham helped Durham set Worcestershire a daunting chase heading into the final day at Emirates Riverside.

Young, in his final game for Durham, provided the foundation with his second century of the season after scoring 103, while Burnham chalked up his first hundred since May 2016, finishing unbeaten on 102.

Ned Eckersley also provided a brisk 86 as the home side reached 389 for five declared.

Worcestershire’s openers faced a tough final hour, but Daryl Mitchell (45) and Jake Libby (14) remained unbeaten at the close after putting on a stand of 60 as the visitors were left needing another 363 runs to pull off an unlikely victory.

Essex off-spinner Simon Harmer produced career-best figures of nine for 80 to set his side towards a second Championship victory of the season against Derbyshire at Chelmsford.

Derbyshire were asked to follow on, having been all out for 146, but improved in their second innings led by Brooke Guest (56no) and Billy Godleman (39no) to end the day on 97 for one, trailing by 169.

Harmer, who had taken two wickets in gloomy conditions on day two, earlier tore through the Derbyshire order, with the dismissal of Matt Critchley caught and bowled providing his 23rd first-class five-wicket haul.

Only nine overs were bowled on the third day between Somerset and Surrey at Taunton.

Surrey resumed at 191 for four and added 15 to their total before the rain started falling, with play eventually called off when another heavy downpour followed after an early lunch.

Ben Foakes was unbeaten on 16 and Jamie Smith at 27 not out.

In Group 3, England captain Joe Root was dismissed for 99 as he gave Yorkshire a first-innings lead at Glamorgan.

Root’s effort gave Yorkshire a chance to push for victory as he and Steven Patterson (47no) blunted the Glamorgan attack on a pitch which, Root aside, has been hard work for batsmen.

Michael Neser had claimed a five-wicket haul on his home debut at Sophia Gardens, with Yorkshire eventually all out for 230.

Glamorgan lost three quick wickets in their second innings, before David Lloyd (40no) and Kiran Carlson, unbeaten on 44, took them to 108 for three at the close, a lead of 27.

At Hove, Sussex’s match against Kent eventually got under way some six hours behind schedule.

Zak Crawley, 61 overnight, made 85 while Jack Leaning pushed on to an unbeaten 61 by close, with the visitors at 220 for three.