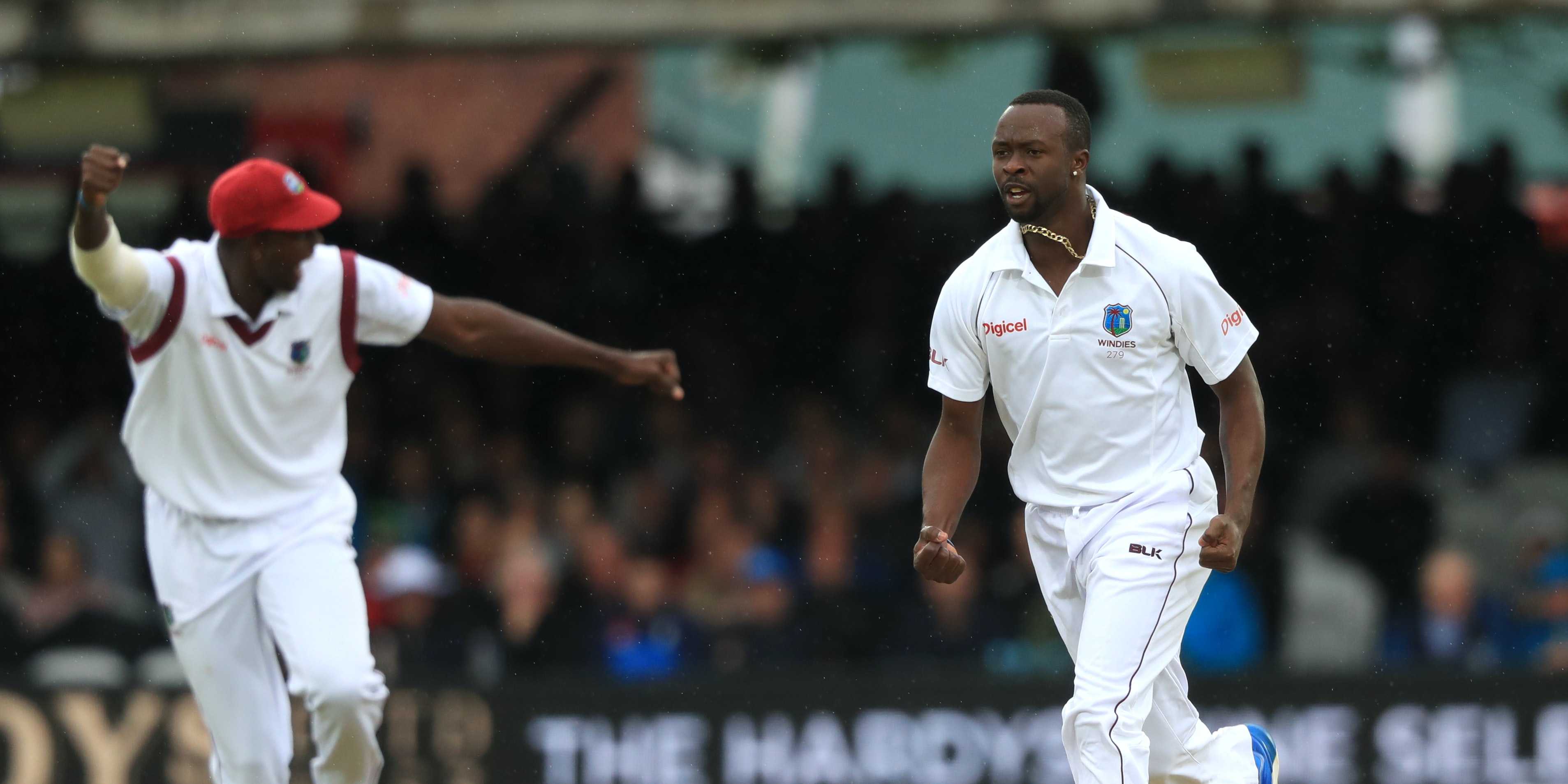 West Indies bowler Kemar Roach is sure they can “get stuck into the English” and hang on to the Wisden Trophy following their 2019 success.

Roach took 18 wickets as the West Indies claimed a 2-1 triumph last year to enjoy a Test series success against England for the first time in 10 years.

The 31-year-old routed England in the first innings of the first Test in Bridgetown, taking five wickets for 17 runs as England were rolled over for 77.

And while he admits they will need to adapt to the conditions ahead of the first Test behind closed doors at the Ageas Bowl in Southampton, he is keen to employ the same fast-bowling tactics.

Roach, who has taken 193 Test wickets, said: “The pitches in the Caribbean have improved so that breeds more fast bowlers. We have always had a history of fast bowlers, we just needed a pitch to bowl on.

“There are different conditions here to the Caribbean, the ball does a little bit more in England, so I think we have to adjust our plans. But I don’t think our mode of attack is going to change much.

“You saw them in the Caribbean and it is pretty fresh in our minds. It’s always going to be tough to play England but once we get stuck into them, I think we stand a great chance of beating England.

“The strong England support they have here can play a part. Now it’s a more level playing field. When July 8 comes, let’s see how it goes and how fast we can adapt and get stuck into the English.”

Roach will not be the only Barbadian fast bowler on show with England’s World Cup hero Jofra Archer coming up against his native side.

The Sussex player featured for the West Indies Under-19s before moving to his father’s native land in 2016, and qualified to represent England last year.

Roach said: “Jofra has made a decision and I think he is doing a fantastic job for his career. Obviously there will be no friendships at the start of this series. It’s all about winning and playing our cricket.

“If we come up against Jofra, I think we will devise a fantastic plan to counter it. I am looking forward to that battle.

“I saw him as a youngster in domestic cricket back home in Barbados. I always thought he was talented and obviously it has shown over the years. He came over here and has done a fantastic job and I want to wish him all the best in his career.”

When asked whether there might be some “extra words” for Archer on the field, Roach smiled and said: “We’ll see. When that comes around, you’ll definitely see.”

Roach reported a “pretty smooth” transition to their quarantined training camp at Emirates Old Trafford but the ban on using saliva to shine the ball is taking some getting used to.

“It’s pretty tough,” he said. “We have had some sessions in the nets and the atmosphere is pretty chilly, so there’s not much sweat that you can produce.

“But we are coming up with some ways that we can probably get some gloss on the ball. It takes a lot more practice but we will keep working at it and see what the best way is.”

Meanwhile, the squad are still discussing ways to acknowledge the Black Lives Matter movement when they play.

“I feel very strongly about it for obvious reasons,” Roach said. “But the team have discussed it in depth and we are going to go back and have a discussion about it again soon.

“Then as a team we will come up with a way to answer all questions relating to that Black Lives Matter issue.”