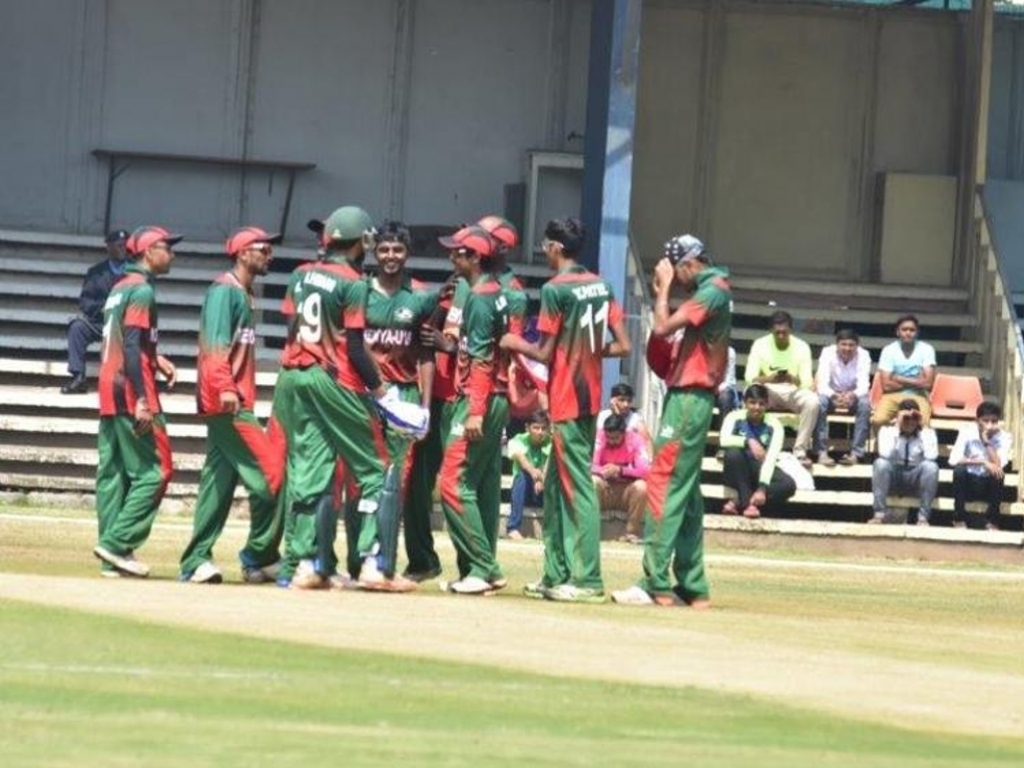 Kenya and Uganda picked up their fourth and fifth victories respectively on day 5 of the ICC U19 Cricket World Cup 2018, Africa Qualifier.

At Gymkhana Uganda won the toss and chose to bat first once again against Ghana. They were going along nicely at 103/3 when opener Arinaitwe was dismissed for an excellent 72 of 60 deliveries that included 9 boundaries. The Ghanaians then removed Fred Achelam and Frank Akankwasa in quick succession to leave the East Africans on 109/6 after 23 overs.

The Ugandan lower order showed their mettle once again as the last 4 wickets put on 158 runs in 27 overs to finish on 267/9 of their allotted 50 overs. Number 10 Rogers Olipa smashing 72 of those runs in 42 balls that included four boundaries and six maximums. Siraje Nsubuga chipping in with 32. Joseph Adotei was the pick of the Ghanaian attack finishing with figures of 4/47 of 10 overs (3 maidens).

In reply Ghana were bowled out for 93 to give Uganda victory by 174 runs, their fifth win on the trot. Trevor Bukenya (2/24) and Kenneth Waiswa (5/16) shared 7 wickets between them.

At Jaffrey Sports Club, Kenya won the toss and chose to bat first against Botswana. Amman Gandhi (62 of 98) and Thomas Ochieng (63 of 59) got them off to a good start as they reached 173/5. Then a brilliant half century by Ankit Hirani (59 of 31) got the hosts to 281. Ane Moduke returning decent figures of 3/36 of 7 overs for Botswana.

The Kenyans came out firing with the ball after lunch reducing Botswana to 67/6. Debutant Maxwel Ager picking up five of those wickets. Botswana were eventually skittled out for 83 inside 28 overs as Ager finished with superb figures of  5/27 of 6 overs. Leg spinner Abhishekh Chidambaran was equally impressive as he claimed 4/9 of 6.3 overs including 4 maidens. The hosts winning by a massive 198 runs.

It’s perfectly set up for another East African derby at the home of Kenyan cricket this morning. Ghana take on Botswana in Lavington.