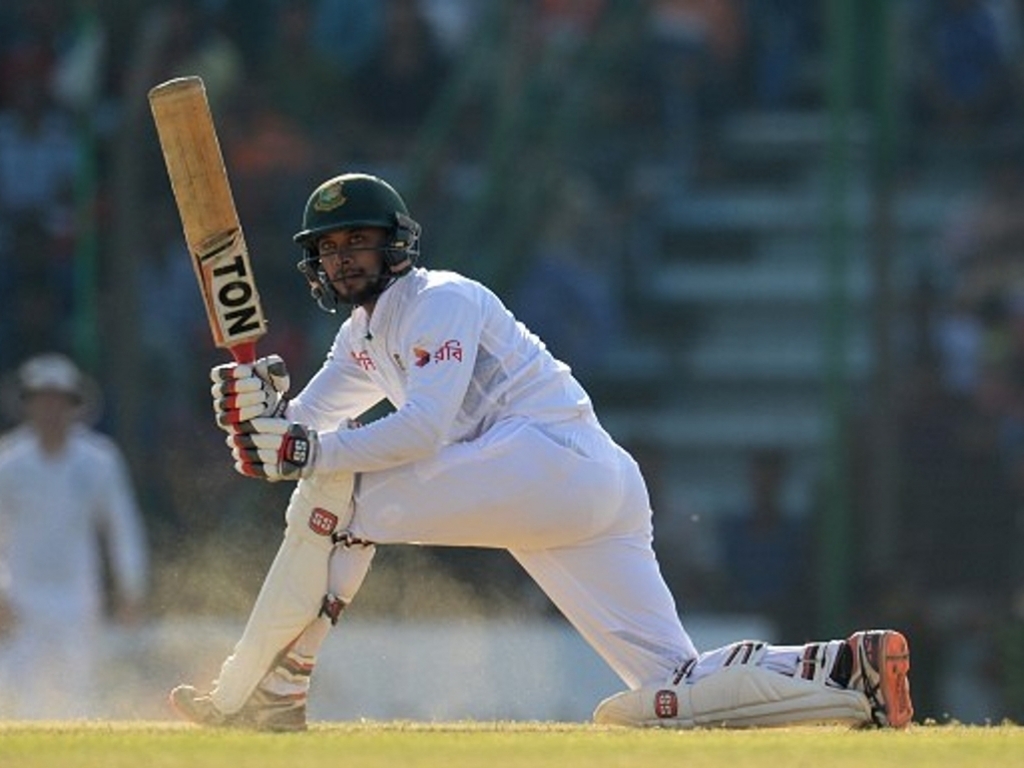 Former England batsman Robert Key has praised the efforts of Bangladesh as they went toe to toe with a formidable Three Lions team to set up a thrilling final day in Chittagong.

History beckons for Sabbir Rahman who is 59 not out and playing so well it's easy to forget this is his first ever Test match.

Key said of the day's play: "I thought England were going to rip through this side because you can't believe how dusty this surface is until you are right there looking at it.

"It has been a brilliant wicket and has played very well. England were poor with the new ball – the spinners didn't get it right but as poor as England were, Bangladesh were just brilliant.

"They counter-punched and went at our spinners and they've taken this England team right to the wire.

"You just get the feeling that Alastair Cook doesn't back his spinners enough; I'm amazed the seamers have bowled at all on this surface!"

The former Test player told Sky Sports he felt the ending to the day was disappointing with Cook opting to end the day by refusing to take his seamer's off, fearing the Tigers would maul England's vulnerable spinners.

Key said: "The atmosphere here has been unbelievable; more and more people came in, as they have done nearly every single evening.

"So it is such a shame that we haven't got a conclusion to this game today. The brightest part of Chittagong – and probably Bangladesh – right at the minute is out in the middle.

"But because the artificial light has now taken over the umpires take the players off, under the laws of the game.

"I don't blame Alastair Cook for going to his seamers and effectively saying 'we'll come back tomorrow' because the batsmen were starting to have a go at the spinners.

"But what a shame for cricket that we haven't had a conclusion to this game tonight.

"At a time when day-night cricket is coming into the game we need to take a look at just how bad it is out in the middle facing the ball when the lights are on.

"I probably wouldn't fear for my safety facing a seamer like Stuart Broad in these conditions because it's a slow pitch.

"But take that out of it. Twilight is often the hardest time to bat in day-night cricket even with the white ball against a black background.

"I've always felt you can pick up the ball pretty well – it's just not what you are used to. That's the problem – it changes very quickly.

"Maybe when we get to a time when day-night cricket is more the norm players will feel a bit more comfortable playing under lights.

"I often felt as a player a little bit precious walking off in bad light and thinking 'it wasn't actually that bad; it was just good to come off and put my feet up'.

"We have to look at the laws because even here in Chittagong the lights are very good."