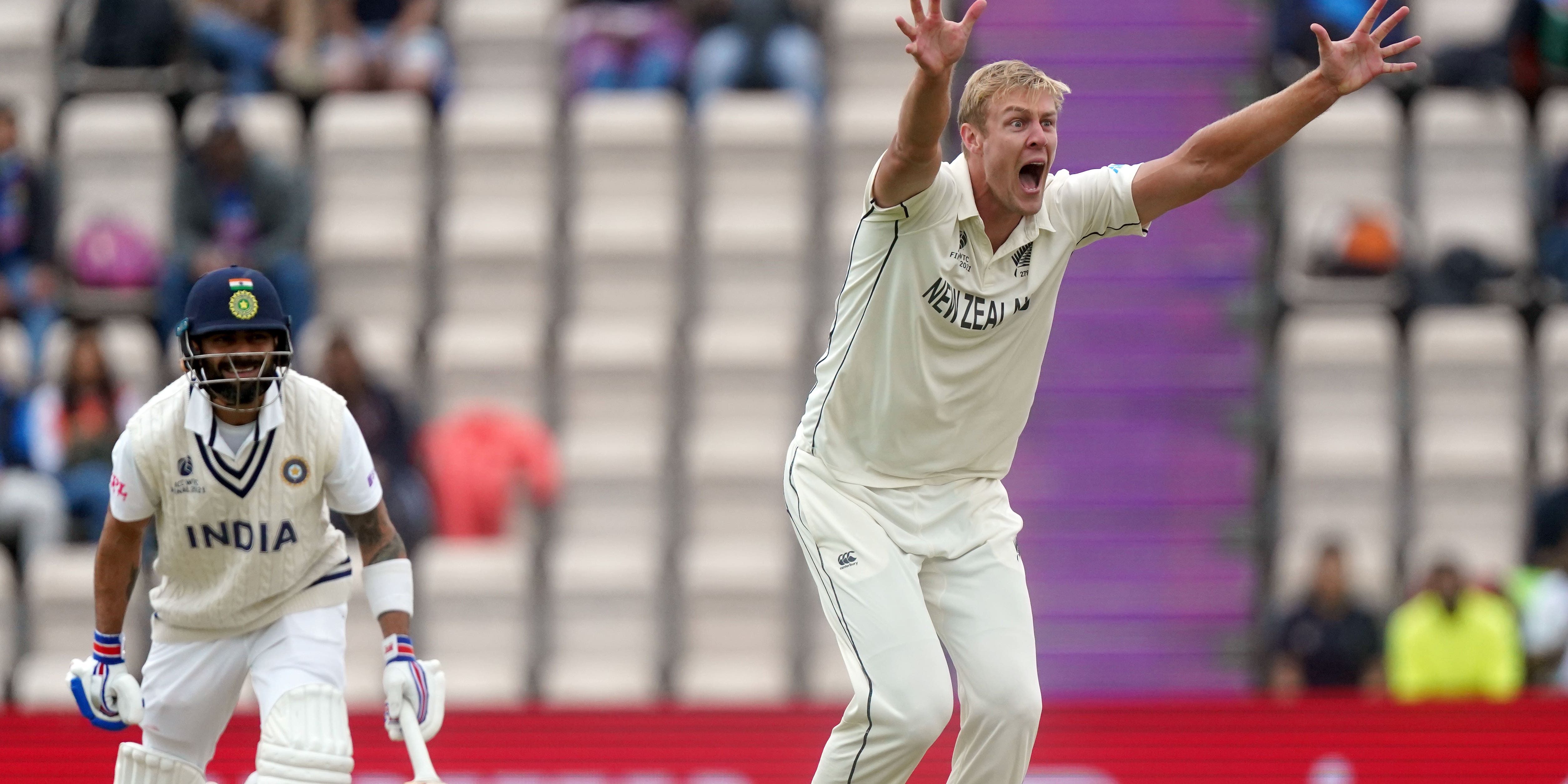 Kyle Jamieson emerged as New Zealand’s key man in their bid to become cricket’s first Test world champions, but he was happy to suggest he was merely “riding the coat-tails” of his more experienced team-mates.

Jamieson claimed five for 31 as the Black Caps bowled out India for 217 on day three in Southampton, extending his remarkable start to life on the big stage.

He had yet to make his debut when the qualifying period for this final began in 2019 and although this is just his eight Test cap, he has now taken five five-wicket hauls and boasts 44 scalps at average of 14.13. Nobody in the history of the game has ever taken more for less.

And yet he paid tribute to the Kiwi brotherhood that has welcomed him open arms, starting with captain Kane Williamson and running down to his fellow seamers Tim Southee, Trent Boult and Neil Wagner, who boast a combined 206 appearances.

“It’s just been nice to contribute. For me it’s been an absolute pleasure coming to this group,” he said.

“I’ve just been able to go about my business, learn off these guys and I guess just ride the coat-tails of them a little bit.

“In terms of the pressure they build and the runs they score I can’t really speak highly enough of the environment and the culture that the guys have built over a period of time and that has certainly made the transition to international cricket pretty easy.

“The fact you’ve got some pretty world-class guys around you sort of allows you to settle into your role.”

An even fresher newcomer to the side was instrumental in making sure Jamieson’s good work did not go unrewarded, with Devon Conway notching 54 before being dismissed two balls before bad light stopped play to leave New Zealand 101 for two.

With more heavy rain predicted on Monday in a game that has already lost huge swathes of time to the weather, even a reserve day may not be enough to turn this position of strength into a win – but Jamieson remains optimistic.

“We know in England that things can happen quickly,” he said.

India batsman Shubman Gill was also looking on the bright side, with his team hoping to leverage Ishant Sharma’s late dismissal of Conway and find a way back into the game.

“That was definitely a crucial wicket for us,” he said.

“I feel if we would have been able to bowl a couple of more overs to Ross Taylor, who was a new batsman for us, we might have claimed a couple more wickets. When the play restarts we’ll have a slight edge on them because both of the batsmen are relatively new at the crease.”