Khawaja gutted over Smith run out 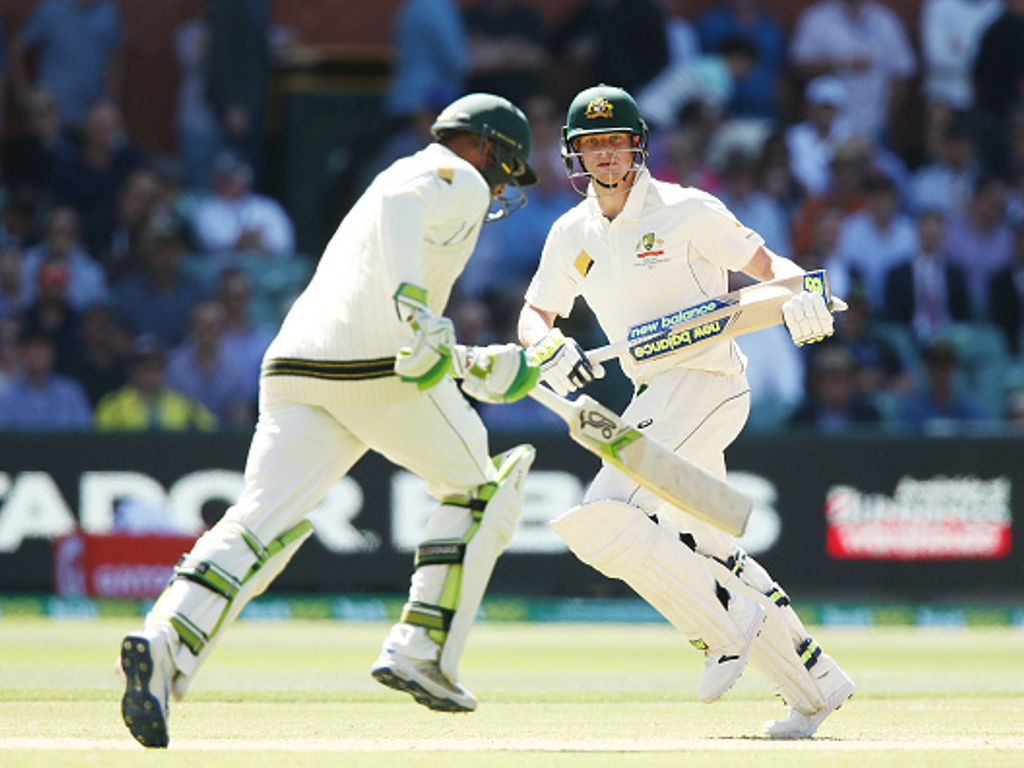 Australia batsman Usman Khawaja scored a brilliant hundred on day two of the third Test against South Africa but he is left with one big regret.

During that epic knock of 145, Khawaja was involved in the run out of skipper Steve Smith after the pair got their wires crossed.

Khawaja told ABC Grandstand before play on the third day: “It was one of those ones where he looked at me and first said ‘no’, so I stopped and pulled back and then he said ‘yes’ and by that time I’d already committed to no.

“It’s one of the worst feelings in cricket I reckon. Especially when you do it to the captain.”

Khawaja was pushed up the order to open after a shock declaration from Proteas skipper left David Warner unable to take up his usual position having been off the field receiving treatment for a niggle.

The left-hander explained how it all played out: “It happened all so quickly.

“I saw Faf and Faf heard what was going on and I was like ‘I could be opening’ and Smithy said ‘you’re batting one’. “I was like ‘alright’ and then Faf declared next ball.  “It took me about a minute, then I ran off and got ready.

“I wouldn’t like to take Davey’s spot, he’s quite good at it.

“The boys are calling me ‘nightwatchman’ at the moment. They’ve had a few jokes about it. It was just one of those things.

“I wasn’t expecting to be out there (but) when I was out there it was fine.

Khawaja was eventually trapped leg before by Vernon Philander in the first session on day three.