Khawaja limps off with hamstring injury 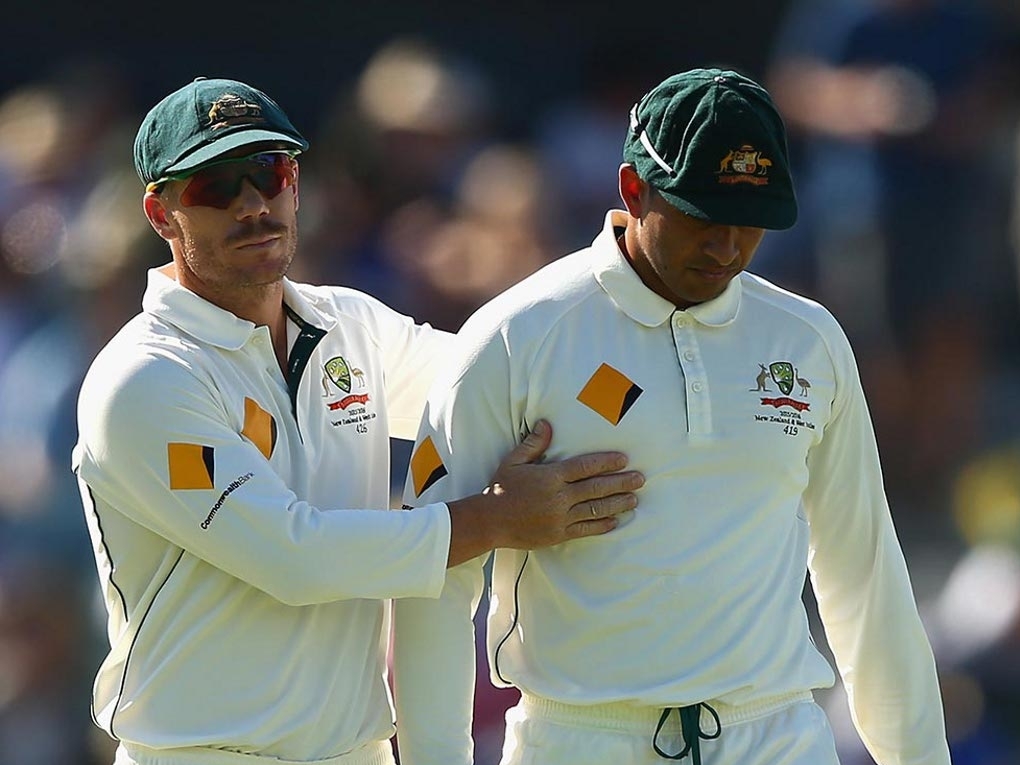 Australia batsman Usman Khawaja's return to the Test side could have come to a premature end after he limped off the field with a hamstring injury on day two of the second Test against New Zealand.

Khawaja pulled up short after chasing a shot down the ground, and soon walked off the field alongside team doctor Peter Brukner. He had scored a century on day one, in intense heat.

He was sent for scans, and his involvement in the rest of the match, let alone the series is unclear. There is a big break until the third Test though, so if it's not too serious, he will hope to recover.

The Queensland man underwent knee surgery earlier this year, and his hamstrings have not enjoyed the recovery process. He missed much of the recent Matador One-Day Cup with a similar niggle, but thought he was fine now.

Before the match, Khawaja said of his fitness: "I'm fine, I can do everything – I can turn left and right, I am 100 per cent.

"I have done a lot of rehab the past eight months, I just had to do it five days a week, non-stop, because I didn't want to come back after all that and not have done everything I can to come back and do it again.

"I had to make sure I ticked all the boxes to come back."