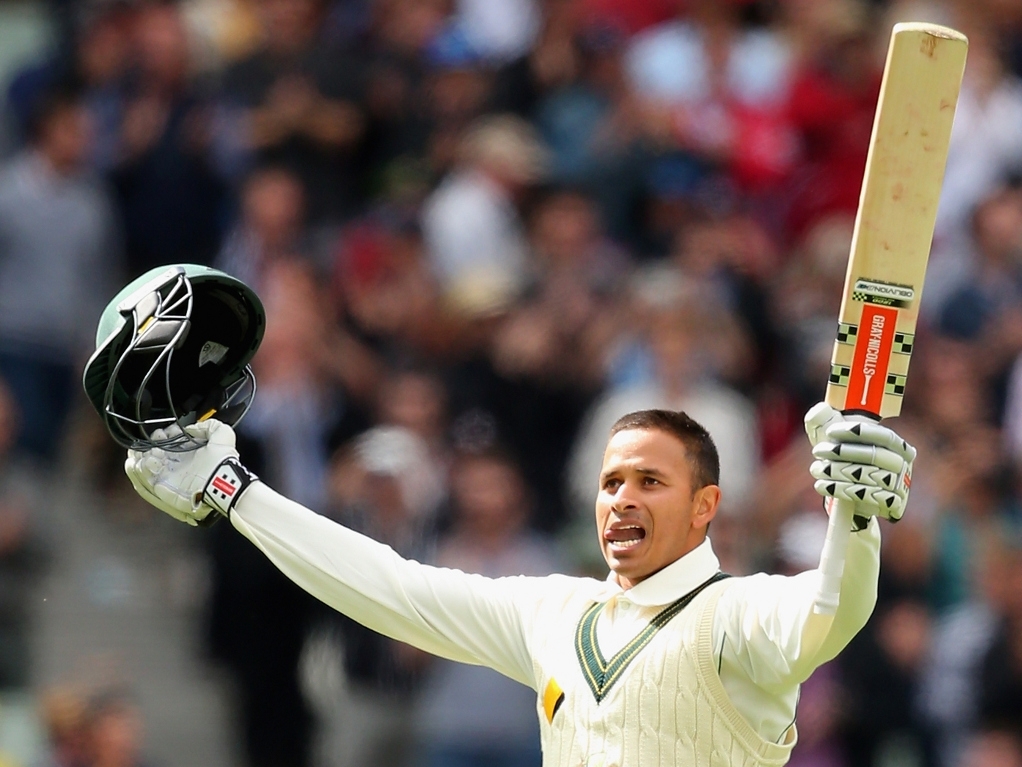 After scoring a century on the first day of his first Boxing Day Test, against the West Indies, Australia batsman Usman Khawaja said he could not have asked for much more.

The left-handed Khawaja, who was returning to the Test side after missing the last two games with a hamstring injury, struck 144, and shared in a 258-run partnership with Joe Burns, as the hosts reached 345 for three at stumps.

Opener Burns hit 128 and Khawaja said both men were a bit disappointed that they did not kick on and get a bigger score, but is not complaining at all.

Khawaja said after the day's play: "I'll enjoy this moment: a hundred on Boxing Day, my first Boxing Day, a 250-run partnership with Burnsy. I couldn't have asked for a lot more on day one.

"I think we're both a bit disappointed that we didn't get massive ones but at the end of the day we've done what we needed to do to hopefully set up this first innings for Australia."

Windies captain Jason Holder won the toss and chose to bowl first under cloudy skies after the start of play was delayed by more than an hour due to rain.

The 29 year-old Khawaja said it was difficult to bat at the start but it got a lot easier in the middle session as the pitch flattened out.

He continued: "Early on it was quite tough to bat out there," he said. "We found it really hard to penetrate the infield in the first session. At one point I thought it was my bat – I thought I had a broken bat.

"But it was just the wicket was slow, they bowled pretty well in the first session. When we came out after lunch even after the first over we realised the wicket had quickened up. That second session we got a lot of runs."